Home > English > Alternatives International Journal > 2011 > October 2011 > Why the Middle East Will Never be the Same Again? 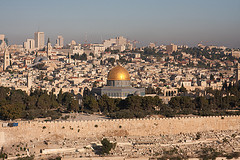 Why the Middle East Will Never be the Same Again?

Sunday 2 October 2011, by Robert Fisk for the Independant

The Palestinians won’t get a state this week. But they will prove – if they get enough votes in the General Assembly and if Mahmoud Abbas does not succumb to his characteristic grovelling in the face of US-Israeli power – that they are worthy of statehood. And they will establish for the Arabs what Israel likes to call – when it is enlarging its colonies on stolen land – "facts on the ground": never again can the United States and Israel snap their fingers and expect the Arabs to click their heels. The US has lost its purchase on the Middle East. It’s over: the "peace process", the "road map", the "Oslo agreement"; the whole fandango is history.

Personally, I think "Palestine" is a fantasy state, impossible to create now that the Israelis have stolen so much of the Arabs’ land for their colonial projects. Go take a look at the West Bank, if you don’t believe me. Israel’s massive Jewish colonies, its pernicious building restrictions on Palestinian homes of more than one storey and its closure even of sewage systems as punishment, the "cordons sanitaires" beside the Jordanian frontier, the Israeli-only settlers’ roads have turned the map of the West Bank into the smashed windscreen of a crashed car. Sometimes, I suspect that the only thing that prevents the existence of "Greater Israel" is the obstinacy of those pesky Palestinians.

But we are now talking of much greater matters. This vote at the UN – General Assembly or Security Council, in one sense it hardly matters – is going to divide the West – Americans from Europeans and scores of other nations – and it is going to divide the Arabs from the Americans. It is going to crack open the divisions in the European Union; between eastern and western Europeans, between Germany and France (the former supporting Israel for all the usual historical reasons, the latter sickened by the suffering of the Palestinians) and, of course, between Israel and the EU.

A great anger has been created in the world by decades of Israeli power and military brutality and colonisation; millions of Europeans, while conscious of their own historical responsibility for the Jewish Holocaust and well aware of the violence of Muslim nations, are no longer cowed in their criticism for fear of being abused as anti-Semites. There is racism in the West – and always will be, I fear – against Muslims and Africans, as well as Jews. But what are the Israeli settlements on the West Bank, in which no Arab Muslim Palestinian can live, but an expression of racism?

Israel shares in this tragedy, of course. Its insane government has led its people on this road to perdition, adequately summed up by its sullen fear of democracy in Tunisia and Egypt – how typical that its principle ally in this nonsense should be the awful Saudi Arabia – and its cruel refusal to apologise for the killing of nine Turks in the Gaza flotilla last year and its equal refusal to apologise to Egypt for the killing of five of its policemen during a Palestinian incursion into Israel.

So goodbye to its only regional allies, Turkey and Egypt, in the space of scarcely 12 months. Israel’s cabinet is composed both of intelligent, potentially balanced people such as Ehud Barak, and fools such as Foreign Minister Avigdor Lieberman, the Ahmadinejad of Israeli politics. Sarcasm aside, Israelis deserve better than this.

The State of Israel may have been created unjustly – the Palestinian Diaspora is proof of this – but it was created legally. And its founders were perfectly capable of doing a deal with King Abdullah of Jordan after the 1948-49 war to divide Palestine between Jews and Arabs. But it had been the UN, which met to decide the fate of Palestine on 29 November 1947, which gave Israel its legitimacy, the Americans being the first to vote for its creation. Now – by a supreme irony of history – it is Israel which wishes to prevent the UN from giving Palestinian Arabs their legitimacy – and it is America which will be the first to veto such a legitimacy.

Does Israel have a right to exist? The question is a tired trap, regularly and stupidly trotted out by Israel’s so-called supporters; to me, too, on regular though increasingly fewer occasions. States – not humans – give other states the right to exist. For individuals to do so, they have to see a map. For where exactly, geographically, is Israel? It is the only nation on earth which does not know and will not declare where its eastern frontier is. Is it the old UN armistice line, the 1967 border so beloved of Abbas and so hated by Netanyahu, or the Palestinian West Bank minus settlements, or the whole of the West Bank?

Show me a map of the United Kingdom which includes England, Wales, Scotland and Northern Ireland, and it has the right to exist. But show me a map of the UK which claims to include the 26 counties of independent Ireland in the UK and shows Dublin to be a British rather than an Irish city, and I will say no, this nation does not have the right to exist within these expanded frontiers. Which is why, in the case of Israel, almost every Western embassy, including the US and British embassies, are in Tel Aviv, not in Jerusalem.

In the new Middle East, amid the Arab Awakening and the revolt of free peoples for dignity and freedom, this UN vote – passed in the General Assembly, vetoed by America if it goes to the Security Council – constitutes a kind of hinge; not just a page turning, but the failure of empire. So locked into Israel has US foreign policy become, so fearful of Israel have almost all its Congressmen and Congresswomen become – to the extent of loving Israel more than America – that America will this week stand out not as the nation that produced Woodrow Wilson and his 14 principles of self-determination, not as the country which fought Nazism and Fascism and Japanese militarism, not as the beacon of freedom which, we are told, its Founding Fathers represented – but as a curmudgeonly, selfish, frightened state whose President, after promising a new affection for the Muslim world, is forced to support an occupying power against a people who only ask for statehood.

Should we say "poor old Obama", as I have done in the past? I don’t think so. Big on rhetoric, vain, handing out false love in Istanbul and Cairo within months of his election, he will this week prove that his re-election is more important than the future of the Middle East, that his personal ambition to stay in power must take first place over the sufferings of an occupied people. In this context alone, it is bizarre that a man of such supposed high principle should show himself so cowardly. In the new Middle East, in which Arabs are claiming the very same rights and freedoms that Israel and America say they champion, this is a profound tragedy.

US failures to stand up to Israel and to insist on a fair peace in "Palestine", abetted by the hero of the Iraq war, Blair, are responsible. Arabs too, for allowing their dictators to last so long and thus to clog the sand with false frontiers and old dogmas and oil (and let’s not believe that a "new" "Palestine" would be a paradise for its own people). Israel, too, when it should be welcoming the Palestinian demand for statehood at the UN with all its obligations of security and peace and recognition of other UN members. But no. The game is lost. America’s political power in the Middle East will this week be neutered on behalf of Israel. Quite a sacrifice in the name of liberty...

Reprinted from the Independant