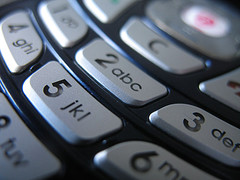 Media governance is an aspect of development studies that is largely ignored in a technological world where it should be a key issue.

The history of electronic communication worldwide can provide organizations and individual project workers with great information about approaches necessary to facilitate efficiency and sustainability. Habitat for Humanity works on urban planning and housing infrastructure, and Médecins Sans Frontières/Doctors Without Borders works to facilitate health infrastructure, but they remain an under-promoted group of non-profit organizations working to reshape electronic media infrastructure.

The most publicized operations dealing with the issue tend to be byproducts of other initiatives. An example of this is Dr. Muhammad Yunnus’s Grameen Bank in Bangladesh, a microfinance institution. One of its many initiatives has been the promotion of “Telephone Ladies,” where women are given loans to buy a phone and charge others for its use. Grameen monitors the rates charged, and has reshaped the landscape of communication in Bangladesh, in part by allowing for the implementation of a quick natural disaster warning system in rural areas. Dr. Yunnus believes it takes Grameen a day to warn the country, whereas it would take the government an entire week.

Within Canada, OpenMedia is a national non-profit organization working to advance and support open and innovative communications systems. It comprises a network of people and organizations working to institute campaigns and to spread awareness of democratic principles in media policy-making. The organization works on an issue-by-issue basis in their attempts at creating awareness. One of their campaigns, “Stop the Meter,” deals with competition and choice in the Internet service market, as a means to ensure Internet access and affordability.

“Canada is currently lagging behind the rest of the world in these respects, and needs to step up its game for the sake of our citizenry and our digital economy,” said Lindsey Pinto, OpenMedia’s communications manager. She also said the organization’s issue-by-issue approach has been effective in spreading awareness.

“Through our advocacy efforts, but more importantly through pro-Internet Canadian efforts at creatively and passionately spreading the word, there does seem to be a shift wherein more and more people understand just how important our communications are,” Pinto said, “We recently launched a survey which among other things asks for general comments about our organization and its values, and the answers were intelligent and impassioned like you wouldn’t believe.”

There are many organizations like OpenMedia contesting media policy in the Global North. In the US, these include the Media Democracy Coalition, the Electronic Frontier Foundation, and Media Action Grassroots Network.

Despite this, there is widespread concern that the approaches followed by other such organizations may not be the most efficient, despite their good intention. “Much Information, Communication, and Technology for Development (ICT4D) work is often focused on giving people fish” instead of teaching people “not only how to fish, but how to create and stock their own lakes with those fish, ” said Dr Becky Lentz, Assistant Professor of media and public policy in the Department of Art History and Communication Studies at McGill University.

An example of such approaches is seen with “One Laptop Per Child,” a Microsoft-sponsored program that gives out laptops to children. Although providing them with technology, it also makes these children Microsoft consumers. Arguably, a program teaching kids how to build their own computers would go further than this approach.

The study of digital media policies is important to us all, but particularly with regard to development theories, processes, and projects. The omnipresence and accessibility of media technology such as computers and cell phones makes it easy to remain an unquestioning consumer. The infrastructure of media can have major implications for the way development projects are implemented and structure of the results produced, and thus it is vital to note this while analyzing and creating them. Furthermore, existing media infrastructure projects warrant more focus, and should receive greater publicity.