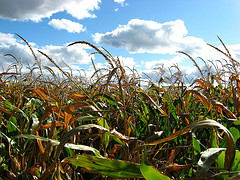 Are GMOs the road to food security in Kenya?

In the face of a drought that has recurred over the past 25 years, and has led to continuing food insecurity as well as multitudes of lost lives, African countries including Kenya have been pressured to grow or import genetically modified (GM) crops in an attempt to combat starvation.

Approximately 2.4 million Kenyans are currently facing severe food insecurity, and malnutrition rates have reached 35 percent, according to the Famine Early Warning Systems network. The cause of this crisis can be found in the intermingling of factors such as insufficient rains, increasing market prices of basic necessities caused by inflation, and resultant group conflict over pasture land.

In light of this, the Kenyan government has been sued by the Consumer Federation of Kenya (COFEK) for its alleged failure to respect the people’s constitutional right to food. However, the government has attempted to alleviate the crisis through decisions such as the importation of GM maize, which has been widely contested within, and outside, the country.

Kenyan President Kibaki signed the Biosafety Act in 2009, a law which allows for the introduction of genetically modified organisms (GMOs) within the country. The Act establishes a National Biosafety Authority to regulate all GMOs in the country. The introduction of this technology in Kenya holds the potential to curb the ongoing food shortage in the short run, and to place it alongside the list of African countries that have already commercialized the crops—South Africa, Egypt and Burkina Faso. The law also necessitates that imported foodstuffs be screened according to outlined health regulations before they are let into the market.

Although no importer has obtained a government license to import GMOs as of yet, concerns about the ambiguity of risks associated with such crops are prevalent. In 2010, this anxiety led to 11 000 tonnes of maize stopped at the Port of Mombassa, without any proof of it being of a genetically modified variety.

As of yet, negative side effects of GMOs on humans have not been determined. However, negative side-effects have been witnessed in animals. These include ulceration, inflammation and expansion of stomach lining. Alongside health concerns, contamination of indigenous maize is also feared. Legislators are sceptical of the government’s policy of GMO importation as being profit oriented, as it has been proposed at a time when local maize growers are set to harvest their maize, which would lose its market next to the significantly cheaper GM strain.

Agriculture minister William Ruto’s statement that normal maize must be purchased at higher prices must be noted, as 90 per cent of the global grain market comprises GM maize. This maize, then, is already under mass consumption worldwide, so contesting its importation to feed starving multitudes seems preposterous.

In July, COFEK stated that GMOs should be criminalized in Kenya, but that it simultaneously supports the importation of such crops exclusively for those faced with genocide from starvation. “If GM maize is a resolution indispensible to save lives of those failing from hunger, we have no problem with importation of the same,” said COFEK executive Edwin Wanjawa.

Despite COFEK’s concession, critics have also pointed out that the 15 billion shillings (approximately $US 1 billion) needed for GMO importation would have been better allocated for government subsidies to local farmers, allowing the use of fertilizers and better quality seeds.

Kenya has faced frequent criticism for neglecting its small mixed farmers, who face a variety of challenges which could be alleviated through increased budget allocation toward the industry. Limited funds coupled with the inflated costs of fuel and fertilizer deter farmers from producing larger harvests.

In addition, the government’s decision to stop hiring agriculture extension specialists had resulted in farmers continuing to employ outdated, inefficient farming practices merely out of ignorance. However, NGO-affiliated local radio programs such as Farmers Voice Radio have aimed to counter this lack of knowledge.

Policy changes such as these are liable to increase local crop yields in the longer run, but Kenya’s food crisis is highly time-sensitive, and GMO importation holds the potential to be a faster-acting relief. While GMOs are a relatively new, controversial technology, they can serve to remove the death sentence faced by countless people.

Taking GMO importation as an emergency solution can provide the buffer between the ongoing famine and the time needed to implement policy changes for increased local food security without reliance on this technology. The food security afforded the Kenyan population by this technology could be of a kind the region has not experienced in decades, and would be a step towards technological advancement.