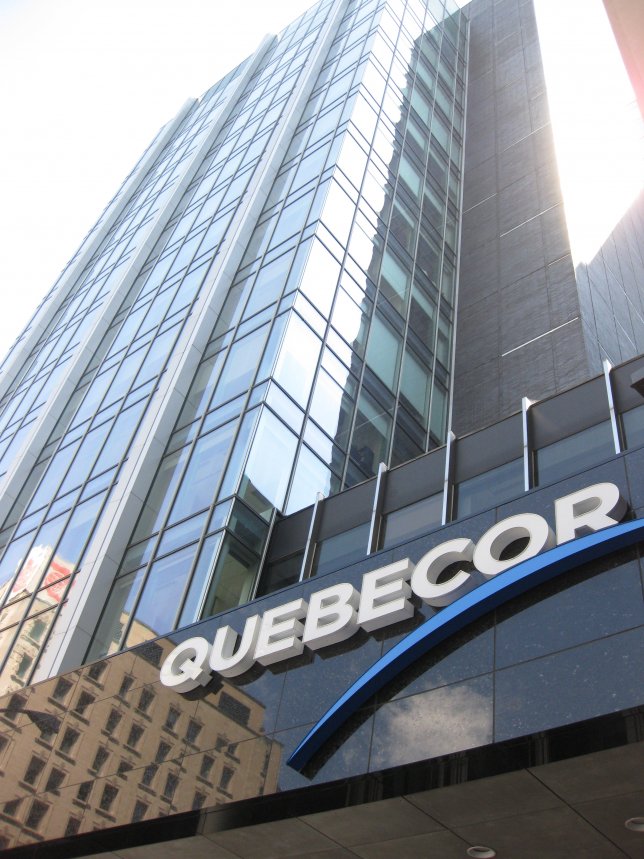 “Do as I say, not as I do”: it is basically the message that the different entities of Quebecor Media have been sending us recently about the use of provincial and federal funding. The recent targeted attacks of Sun Media and the Journal de Montréal reflect the hypocrisy that has existed for a long time within this information giant.

On May 5th of this year, in her column in the Journal de Montréal, Nathalie Elgrably-Levy accused the state of using public funds to finance culture which according to her, is a non-profitable activity. “Risking to be politically incorrect,” she was very blunt with artists saying that if they live in misery it is because there is no demand for their talent or that they simply lack talent.

A month later, anchor Krista Erickson of Sun News (founded by Quebecor thanks to the partnership between TVA Group and Sun Media) also began to criticise the public financing of the arts. This time the hostess targeted the solo modern dancer Margie Gillis during a heated interview that has spread on the web like wild fire. Instead of questioning her guest on her career achievements, she disrespectfully accused the dancer of receiving personally, or through her company, $1.2 million (a little under $100,000 a year) of public funding over the past thirteen years.

Recently, Eric Duhaime, a columnist for QMI Press (Quebecor Media Inc.) who has often written about the fight against public financing, made some strong accusations against Alternatives International in an article for the Toronto Sun this past July 7th. He accused the NGO Alternatives of embezzling taxpayer money ($769,828 in 2010-2011) by using it for projects that according to him “do not bring any real democratic and humanitarian help.” Let us remind ourselves that Alternatives International is a federation of nine NGOs recognized internationally, of which Alternative Montreal is the Canadian member. The funds criticised by Duhaime are those exclusively attributed to Alternatives Montreal for their development projects in Iraq, Afghanistan and Haïti, the three priorities of the federal government.

When journalists use the stage they are offered to not only express their political preferences, but also to publicly criticise the beneficiaries of government funding, their comments become very questionable as along with the role played by ethical journalism in today’s news.

Furthermore, Sun Media and the Journal de Montréal, the principal accusers in this crusade against public financing, seem to have forgotten that they are biting the hand that has been feeding them for years.

Public help that is given to creators is first of all directed to companies that create television, radio and written content. The journalist Nathalie Elgraby-Levy, who has criticized the funding of the arts and culture, should be well aware of this as she is a member of the board of directors for the TVA Group.

The publications of TVA (TV Hebdo, Le Lundi, 7 Jours, Échos vedettes, etc.) have as a matter of fact received a total of $3.9 million from the Canadian Periodical Fund in 2010-2011. The magazine TV Hebdo alone received a total of $ 1,157,000. Ironically, the Canadian Periodical Fund is part of Canadian Heritage, a ministry that promotes cultural and community life.

“The financial support of Canadian Heritage is essential to the viability of small newspapers like ours,” affirmed the editor of Sun Media, Dave Sykes, when announcing the new funds given to community papers by the Canadian government. In 2010, Canadian Heritage granted $341,782 for the Aid to Publishers program. Many of the papers receiving these funds are owned by Quebecor ($57,291 to The Goderich Signal-Star, $40,673 to The Shoreline Beacon, $32,246 to The Kincardine News and the list goes on).

Even worse is the fact that the Sun News journalists, Erickson and Duhaime, omitted to mention that the media corporation for which they work is also subsidized by state funds. Canada Media Fund is a public-private partnership to which Ottawa contributes up to 40% and which pays substantial amounts to broadcasters like TVA and Sun TV every year. TVA alone received $18.5 million in 2010-2011.

These considerable sums come with all kinds of credit taxes that are granted by SODEC (Société de Développement des Enterprises Culturelles) to the many subsidiaries of Quebecor and especially to the Quebecor Groupe Livre and the Groupe Archambeault.

The CEO of Quebecor, Pierre-Karl Péladeau, has never denied the importance of government subsidies. On June 14th 2010, in a letter to the honourable James Moore, minister of Canadian Heritage, he threatened to sue the federal government if it did not change the criteria for receiving funds from the Canada Media Fund so that shows like Star Académie could receive their share of subsidies.

The most absurd in all this is Sun News, a new network of continuous news broadcasting that was launched by Quebecor at the end of last April. It is an addition to the largest chain of newspapers in the country, the Sun Media papers, which have emerged in all the big cities of Toronto, Ottawa, Calgary, Edmonton and even Winnipeg.

“The tone will drastically change from what the viewers are used to seeing in Canada, it will be less politically correct and we will emphasize topics that the people are really interested in; the topics that we discuss at the office in front of the coffee machine, or around the table,” said one of the top managers of Sun News, Luc Lavoie.

This says a lot about the new official competitor of CBC News and CTV. With at its head Prime Minister Stephen Harper’s ex-director of communications, Kory Teneckey, a shift to the right can be anticipated faster than expected in the world of media.

At Quebecor it seems that the “politically incorrect” will mingle more and more with the “political” itself. This is a dangerous combination more likely to lead to scandals than objective information, as has been the case with the recent episodes on public financing. Evidently, journalistic integrity becomes rather an accessory when we know that audience ratings also rhyme with government funding...

This article was written for the Journal des Alternatives and was translated by Lucas Lafourcade.