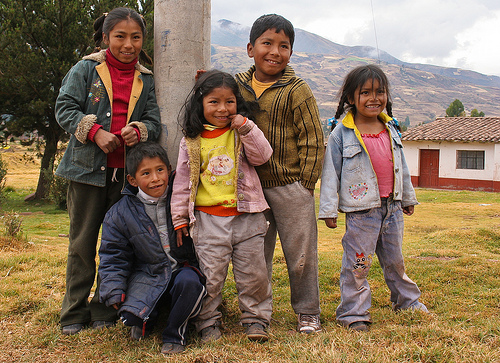 March of the Penguins

Ranked number forty-five on the United Nations Human Development Index, Chile finds itself ahead of all of its Latin American counterparts, and understandably so. The two decades since the end of Augusto Pinochet’s brutal dictatorship in 1990 have seen Chilean GDP per capita increase by 4.3% per year.

Additionally, millions of Chileans have been lifted out of poverty. The Chileans even elected a woman, Michelle Bachelet, as their president, a feat which many developed countries cannot even claim on their CVs. Less quantifiable accomplishments, such as Chile’s effective display of disaster relief management, were also witnessed during the 8.8 magnitude earthquake in January of 2010. But behind the resume-building rhetoric of Chilean development lie some less optimistic evidence which speaks to certain obstacles that Chile still faces in its ascent to the status of a developed nation. One of these developmental obstacles is education, which, along with the population’s standard of living and health, is one of the three dimensions used to categorize nations according to their human development.

Reiterating some of the demands of the so-called Penguin Revolution of 2006 that saw Chilean students assemble in solidarity and march in protest of great inefficiencies within the education system, a similar social movement has once again surfaced in all regions of this South American nation of seventeen million inhabitants. What began in May of 2011 as several scattered protests has recently garnered a more radical tone, with students effectively occupying more than one hundred schools. Foreign media has even been covering the hunger strike of eight Chilean students. Coming from Ontario, where my only hiccup with education was a two-week teacher strike which temporarily forced students out of school, I was determined to discover what, exactly, was the problem with education in Chile. Professor Philip Oxhorn, founding director of McGill University’s Institute for the Study of International Development, acknowledges Chile’s continued struggle with what he labels “one of the most authoritarian constitutions in Latin America.” Even though the 1988 national plebiscite in Chile ensured the abdication of Pinochet from his position as the head of state, the dictator managed to leave his footprint in Chilean politics via a constitution drafted by the military. Cinderella did not fit into her slipper nearly as well as Pinochet fit into the neo-liberal model. Its undemocratic elements, in addition to granting more bargaining power to the armed forces vis-à-vis the ministry of defence, imposed a three-tiered education system made up of private schools, private schools that receive state subsidies and lastly, public schools. This system, known as Ley Orgánica Constitucional de Enseñanza (LOCE), reflected the market-oriented strategy which would define the Chilean education system for years to come.

The LOCE system was based on the sound economic theory claiming that competition among schools would ensure the allocation of resources to precisely those schools which met the educational quality standards, conversely closing those schools which fell below the educational standards. Despite its theoretical efficiency, in practice LOCE proved to have disastrous effects on public education. For example, state subsidies to private schools were equated with the amount the government spent per public school student, a sharp increase from previous levels. LOCE also allowed both private and public schools receiving government subsidies to charge co-payments, further driving up the costs for parents to send their students to private schools, of which 72% began to charge such co-payments. Parents who could not afford to send their children to the subsidized private schools, not to mention the non-subsidized private schools (attended solely by wealthy children), inevitably sent their children to public schools. Simultaneously, lacking the co-payments necessary to attract better-qualified teachers, education began to lag in public schools.

As if the echoes of Chile’s dramatic level of social stratification were not yet heard, Mr. Oxhorn also brings our attention to the geographical aspect of the educational inequality—the public schools tend to be located in very poor regions, whereas the subsidized private schools are found in only 6% of the low income zones. Distance, thus, provides low-income students with yet another barrier to the attainment of private school education, which caters discriminately towards high income students. The slippery slope on which the three-tiered Chilean education system was founded ensures that the University entry exam, the Prueba de Selección Universitaria, is simply too difficult for most public school students. A recent survey uncovered the sad truth that the greater portion of the exam material was simply never covered in the public schools, predisposing the poorer, and therefore public school students, with a much narrower chance of being admitted into post-secondary institutions. For this reason, it seems rather counterintuitive, or perhaps clever, that President Sebastián Piñera initially resolved to implement changes to the tertiary school system, before coming to terms with the fact that more equality in higher education will only be realized if funding for primary and secondary school is restructured first.

The pitfalls of Chilean education are statistically captured in that the government spends only 4.4% of its GDP on education, well short of the 7% that the United Nations recommends for developed nations. The resolution of this problem, which could have otherwise been rather easily resolved at this moment in time, when rising copper prices (Chile’s main export) provide a lucrative source of funds for social projects, is further hindered by the privatization of the copper industry, which keeps a majority of potential revenues away from Chilean pockets. Not surprisingly, the privatization of the copper industry was yet another aspect of Pinochet’s neo-liberal growth strategy, which has stayed in place even long after his official departure from Chilean politics. Interestingly, the seventeen thousand workers at Codelco, Chile’s National Copper Corporation, who went on strike in early July to protest the company’s privatization, have been joined by both the teachers’ union and the student federation. The fact that the demands of such diverse social groups seem to coincide with one another may hopefully provide the necessary pressure needed for Sebastián Piñera to reform both the education system and the copper industry.

A closer look at Chile, as well as many other developing nations, provides us with the grim conclusion that resolving a malfunctioning part, in this case education, requires us to first resolve a much more complex broken whole, in this case a market-oriented growth strategy which is too far rooted in the authoritarian ideals of a dictator whose presence continues to haunt Chilean development. It appears that removing a single person from a government position is not enough to redefine a nation’s politics. Thus, even though Sebastián Piñera responded to the protests by replacing Minister of Education Joaquin Lavin with a new face, Felipe Bulnes, it will most likely do very little to alleviate the perverse inequalities in the Chilean education system. Mr. Piñera has, however, promised a US$300 million per year fund for public education in an attempt to reverse Chile’s historically low levels of expenditure per student. Once again though, an annual injection of money fails to confront the structural problems facing the Chilean education system, which denies low-income students the opportunity to climb the social ladder by acquiring much needed literary skills and technological know-how.

Kevin Marcin Kaczmara currently studies at McGill University. He enjoys writing nearly as much as the British enjoy tea-time.