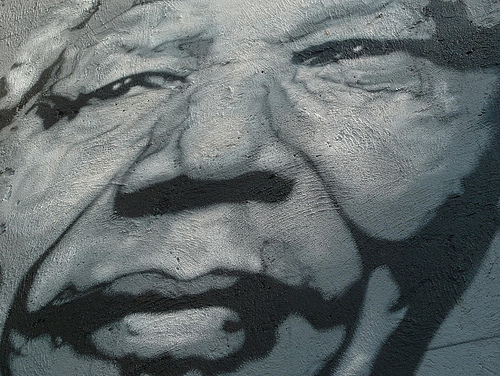 "It is ordinary people...that make the world a special place," - Nelson Mandela, 2008

July 18th not only marks the birthday of the great Nelson Mandela, but also marks a recently enacted ’Mandela Day,’ an international celebration that is aimed at inspiring social activism and appealing to the humanity in us all. Nelson Mandela is the first world leader to be dedicated an international day by the United Nations. This day is not simply an event of celebration, but is a day of selflessness and civic action in South Africa. People all over the country gave generously in honour of the “67 minutes” campaign which is observed in celebration and respect for the 67 years of activism Nelson Mandela has given to South Africa. Mandela Day inspires people to mobilize themselves for social action on a large scale; not only in South Africa but around the world. Millions of people participated in assisting children’s homes, animal shelters, schools and local community projects. Others gave in simple ways, offering a cup of tea to the municipal workers labouring tirelessly on local South African roads in the biting winter chill. These small acts of kindness are examples of the humanity and social cohesion our societies are capable of.

How then can the 67 minutes campaign be made a sustainable one which essentially, goes to scale, and allows for a more connected and socially aware global society? Human rights adds significance to the agenda of development. They draw attention to accountability for the delivery of development benefits to all people, lend legal and moral legitimacy, and bestow a sense of social justice to the objectives of human development. This perspective directs attention in setting development goals to the rights and needs of the most vulnerable and marginalized members of society, especially where deprivations are the result of discrimination. It also highlights the right to information, political voice for all, and other civil and political rights as an integral part of the development process. As such, consciousness of human rights lends an important and objective normative tool to address the inherent power issues underlying many of the contemporary development problems, and can lead to social cohesion, which is essential in the transformation process to a better society for all. [1]

The success of human rights-based development strategies will primarily rest on the recognition and respect for the primacy of universal human rights by the state. As was highlighted in the Human Development Report in 2000, “respect for human rights is to be reflected in a state’s norms, institutions, legal frameworks and enabling economic, political and policy environment.” Intrinsic steps in this regard have to be taken through:

• Advocacy: sensitisation of all stakeholders in the broadest sense of the word

• Implementation: the application of human rights in law and reality

These recommendations, tabled by the United Nations can only be realized through sustained efforts by all individuals. As Mandela said, it will ultimately be the work of ordinary people that make the world a special place. As a global village, citizens of the world need to move towards an active engagement across societies that recognizes difference and includes the voices of the poor and excluded. To guard human rights and promote social cohesion, active citizenship must be complimented by political, civil, economic, social and cultural rights. The recent victory of the Egyptian people demonstrates the value of active citizenship and a commitment to a better life.

With regards to the post-1994 period in South Africa, the government has “affirmed public participation as ‘deepening democracy’ in a way consistent with the ideological heritage of the African National Congress.” Participatory democracy has thus been emphasised as central to its governing agenda, with the reform of local government as the centrepiece of this commitment. Through enactment of the Municipal Structures Act of 1998 and Municipal Systems Act of 2000, the African National Congress has implemented several mechanisms for participatory governance, including ward committees, public/development forums, and Integrated Development Planning (IDP).

Despite the observation of Mandela Day, many challenges remain. South Africa’s fledgling democracy still has a long road to walk to realize equal rights in its true sense, then again, so do all countries; developing and developed. The Mandela Day campaign must be internalized by all citizens of the world as an every day initiative. It is everyone’s responsibility to promote human rights and social cohesion and recognize the importance of global citizenship on a day to day basis. If South Africa and the world can demonstrate and internalize the values expounded by Nelson Mandela for 67 minutes annually; what really stops us from embodying these values 365 days a year? As global citizens, we can be more if we believe in something bigger than ourselves.

Nitasha Moothoo-Padayachie is a PhD student at WITS School of Politics. She is currently Deputy-Director at the Public Administration Leadership and Management Academy and is responsible for the rollout of skills programmes to South African youth. She has a keen interest in feminist politics and theory.