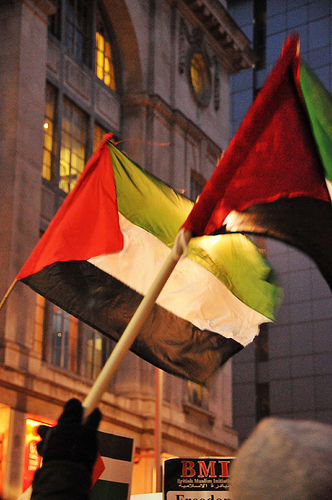 New Countries on the Block

The year 2011 saw the creation of the world’s newest nation, South Sudan. The country has been officially recognized by the UN as its 193rd member following its independence from the Sudan in July. It was an event that brought South Sudanese together to celebrate, united by a new wave of national pride and to remember those lost in their long struggle for independence.

A bid for the recognition of a Palestinian state will be put forth to the UN in late September 2011. The Palestinian Authority (PA) under the leadership of President Mahmoud Abbas is preparing for the recognition of Palestine based on the pre-1967 borders (i.e. the Gaza Strip and the West Bank with East Jerusalem as its capital). Palestine as an entity was granted observer status at the UN General Assembly in 1974, which enables it to participate in the UN but it lacks the privileges of member states. For Palestine to be recognized as a full member would be extremely politically significant.

The UN, as an international body made of up individual member states, does not have the ability to simply create a country. A new nation is created by receiving the recognition of other existing states. For Palestine, there are over one hundred countries that already support its bid for statehood. The PA has chosen to proceed in one of two ways. Rather than submitting a bid for statehood directly to the UN Security Council (UNSC), the possibility of a Palestinian state will be voted upon at the UN General Assembly (UNGA). In order for Palestine to be recognized as a state and therefore become a full member of the UN, it must receive two thirds of the vote during September’s UNGA. The direct appeal to the UNGA is a loophole to avoid veto by a member of the Security Council, in this case the US, where a single rejection from any of the five permanent members of the Security Council would end the bid.

If Palestine is recognized as a state, this will mean Israel’s occupation of the Palestinian territories and the blockade on Gaza will violate international law. As a full rather than observer member of the UN, Palestine will be afforded the protection that all UN member nations are granted under the charter. In other words, the country’s official borders will be defendable with a reasonable use of force, a feat in which Palestine can be assisted by other UN members. Furthermore, with Israel and Palestine both as full member states, the organization has the right to impose sanctions and to intervene when one member attacks another. Most importantly, the UN’s recognition of a Palestinian state could force Israel to abandon the occupied territories, a move that could speed up the Middle East Peace Process.

The Palestinian Liberation Organization (PLO), which declares itself as the “sole and legitimate representative of the Palestinian people,” has warned the PA that preparing a bid for September 2011 is much too risky. The PLO is rather concerned over damaging diplomatic relations with the United States, Canada and several countries in the European Union who are in fact opposed to a Palestinian state based on the pre-1967 borders. According to Nabil Amr, a member of the PLO Central Council, the bid for statehood at the UN should be delayed by at least a year because of an alleged US threat to impose sanctions against a Palestinian state and against other states that vote for it.

While the majority of countries agree that urgent progress is needed towards a two-state solution between Israel and Palestine, the US believes that the unilateral approach to statehood through the UN is not a viable option. Rather, it is arguing to continue the now deadlocked US-led negotiations between Israel and Palestine until an agreement of mutual settlement is reached.

After several decades attempting to negotiate peace between Israel and Palestine, is it not time to try a different approach? In the case of Sudan and South Sudan, separation, following negotiations and a referendum, has not been smooth as the disputed oil producing regions along the border are still seeing fighting. But in Palestine and Israel, where it is land that is disputed, could negotiations really ever progress faster than a UN resolution? This is a time when the UN has the chance to showcase its supra-national powers of governing and change the life of Palestinians once and for all.

Contributing: The AIJ is a volunteer-based not-for-profit publication, which remains open to new contributors and participants. To submit an article or photos for publication, participate on the editorial team, or otherwise get involved, email aij@alterinter.org.

Isabelle Reford is an activist, writer and Editor-in-Chief for the Alternatives International Journal. She studies International Development and Italian at McGill University.