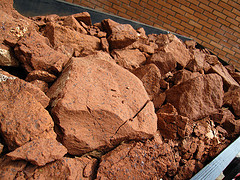 A new wave of exploitation and dispossession of land from indigenous communities in mineral rich Eastern India.

The Kondh area of central-southwest Orissa and neighbouring states is one of the most abundant areas in high quality bauxite. This has fueled a new wave of mining and metal factory based industrialization. Throughout the region, land is taken away from farmers in order to build factories that process iron, chromite, manganese and bauxite. This represents a threat to the livelihood and cultural history of tribes and farmers who inhabit these lands.

Law and Land in India

According to Amnesty International, since India’s independence, mineral production increased sixty-fold in the region from 2.8 million tonnes in 1947 to 178,6 million tonnes in 2007. This can be explained by a change in governmental policies. The Indian government, in the early 1990s, promoted gradual reforms aimed at liberalizing the market. The New Mineral Policy of 1993 was adopted to promote the involvement of private and foreign investors and companies in the mining sector. This new policy included the injection of funds, technology and managerial expertise into the sector. Consequently, mining companies were not only attracted by cheap labour but also by large government induced subsidies on the labour, transport, water and electricity that is present in India.

Along with these subsidies and neo-liberal policies, land acquisition was made easier through the Land Acquisition Act of 1894 when India was still under British rule. This law currently enables the government to acquire private land for ’’public purpose, ’’however the government’s use of the land is often opportunistic rather than public-serving. Under this legislation, the government has been distributing land to companies wanting to build dams, coal mines, power plants, iron mines, highways, urban developments and ports, all in an effort to develop, and therefore reduce poverty—or so they say.

As a result of years of World Bank policies, which included Structural Adjustment programmes to reverse land reforms, land literally became ’commodified.’ Today in India, minerals are considered national resources and subsoil rights over land belong to the state, not to individual owners. Multinational companies can sign a memorandum of understanding (MOU) and receive a huge piece of land for money. These MOUs encourage the state’s neglect of civilian rights. For instance, indigenous communities have been displaced from their land in order to enable the appropriation of land by corporations to access natural resources. In a country where about sixty-five percent of the population relies on farming, such allocation of land has sparked major controversy.

The armed state police is also in charge of enforcing orders of eviction, due to the dissent that this process of forced land acquisition has provoked from the farmers. The majority of the cultivators are opposed to the project and they are supported by human rights and environmental activists. Yet in favour of these mining projects is the middle class, of whom the vast majority supports ’development’ in the same way the government, and bureaucrats do: solely as far as government institutions benefit from it. They would like to see, and think that this could bring, modernity and prosperity to Orissa. To the majority of the Indian population, the land represents their socio-economic status as well as health, security, livelihood, cultural, political and religious values. Taking the land away from them would thus represent a flagrant violation of their basic rights to water, food, health, and work; rights legally granted to the Indian indigenous population. Such protection has been instated to preserve indigenous culture and identity. Ultimately, eviction of these peoples could literally be defined as ‘cultural genocide’.

Despite exorbitant projects in mining development, the region of Orissa itself remains one of the poorest. Corporations justify their presence by claiming that large sums of money are being poured into Corporate Social Responsibility schemes, which allows companies to claim they are acting in a "sustainable manner." But the reality is rather grim. Cases of pollution- and skin-related diseases remain rampant; however, citizens are rarely compensated for accidents or land lost. Furthermore, economic, developmental and infrastructural projects that have been approved for implementation rarely see execution.

The negative impacts of mining are economic and socio-cultural in nature, relating to health and the environment. The most common effects are land degradation, large scale denudation of forest cover, depletion of biodiversity, key water source disruption, in addition to air, water and soil pollution. In the Jagatsinghpur district in Orissa, more than two thousand families are under the threat of eviction by state authorities. After South Korean steel company, POSCO, proposed to build a US$12 billion steel plant in the area, over two hundred families were expelled from their property and their crops and cultivation sheds were destroyed. However farmers have not remained silent. Demonstrations and protests have been organized to demand an end to further evictions, and there is hope.

The case of the Dongria Kondh, an indigenous people living in Orissa’s Niyamgiri Hills constitutes a "landmark victory for indigenous rights." According to Amnesty International, they had been displaced from their home land due to the establishment of a combined bauxite mining and alumina refinery project. With the project almost completed, it left a distressing impact, primarily environmental devastation. More than seventy-five percent of the Niyamgiri mountain is covered by thick forests, home to more than three hundred species of plants and trees, including fifty kinds of medicinal plants. According to a report published by Amnesty International, poor waste management put the health of five thousand people at risk. Inhabitants of the area suffered from side effects of air and water pollution, including skin diseases caused by caustic waters.

This refinery project sparked protests due to the lack of transparency of the government, and the lack of consultation with the local communities. After six years of struggles to keep their land and maintain their way of life, the activism of the Dongria Kondh has yielded results. The refinery project was finally rejected by the Indian Ministry of Environment and Forests in August of 2010, after it was revealed that it had already extensively violated forest and environmental laws. The next step forward is to avoid such environmentally detrimental and socially unacceptable projects well before the damage is done.

Amnesty International is calling on government authorities to "establish a clear and transparent process that seeks the free, prior and informed consent of any Indigenous communities who may be affected by such projects, and respect their decision, in accordance with national and international law." The violation of their basic rights is a truth that must be exposed.