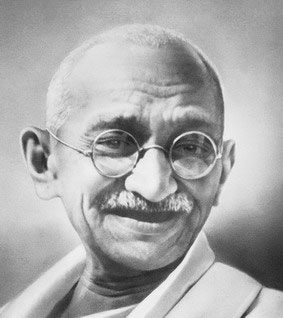 A spectre is haunting Europe and America, home to the colonialists and cold warriors of yesterday, the spectre of an Africa—which they ruled and exploited for a century-and-a-half—now coming under the sway of rising powers like China and India.

Read any western account of the growing Chinese and Indian presence in Africa and chances are that the charge of ‘new colonialism’ will figure somewhere. And if there is ‘new colonialism,’ can new colonial rivalries be far behind? In this telling, not only are China and India sucking Africa dry, but the two are also said to be locked in competition with each other for access to Africa’s mineral wealth and oil.

So central is the notion of an Oriental ‘Scramble for Africa’ to the western mind that it is almost impossible to speak of India’s presence in Africa without dragging China in as well. Consider this typical lede from a report on the forthcoming Africa-India summit in Addis Ababa, filed by the French news agency, AFP: “India will seek to expand its economic footprint in Africa, where rival China has made major inroads, at a second summit between the South Asian powerhouse and African nations this week.”

Like other spectres the West conjures up from time to time, the actual picture in Africa is not so frightening, least of all for the Africans themselves. “What they say doesn’t make sense,” Oldemiro Baloi, Foreign Minister of Mozambique, told a group of Indian journalists in Maputo last month. “We did not fight for our independence just to shift from one colonial master to another. And India and China did not support our liberation struggle in order to enslave us.” The West doesn’t like to be challenged but Africa has an interest in diversifying its partners, he added. “India is itself a poor country which has values based on solidarity and does not impose conditionalities or attach strings to its aid. Earlier, the western countries would complain implicitly about India and China but now they are more blunt. ‘Why is India doing this, why is China doing this?’ And we say, because they are good, they are competitive.”

Though the tendency to see India and China as rivals in Africa is widespread, the fact is that the Chinese investment and trade presence are much larger. But there is another reason why the ‘rivals’ frame may be deceptive: from the perspective of Africa, the two countries have core competences which may actually complement each other in many ways.

The Chinese excel in large infrastructure projects and have deep pockets while the Indians have an edge in ICT, capacity building and training and also emerging areas like agriculture and floriculture. The Indian ability to relate to Africans is also much greater, which is why non-Indian MNCs prefer to use Indians as managers for projects involving interaction with local officials and populations. The fact that India is a democracy, and a chaotic one at that, may mean Chinese companies steal a march over Indian ones. But India’s democratic culture and consultative approach make it an attractive partner for African nations looking to enhance their own skills and capabilities. In other words, Africa is looking to do business with both China and India at the same time and there does seem to be more than enough room for both.

And yet, there’s no reason for India to be complacent. As the African economy emerges, its politics stabilizes and new opportunities arise, competition from around the world will be stiff. The world can look forward to greater supply of food, minerals and energy but Africa has the right to drive a tough bargain. India is well placed because of the unique set of capabilities it offers. At the same time, it must consciously avoid the path of exploitation other big powers before it have taken.

Thus far, India’s engagement with Africa has operated at two levels. The first level is official, where the government has grafted on to the political goodwill built up over several decades some real financial heft. After pursuing regional and pan-African initiatives like the Team-9 framework for cooperation in West Africa and the e-network project, the first Africa-India summit in 2008 envisaged a line of credit worth $5.6 billion to be spent on development and capacity building projects. Least-developed African nations were to get preferential access to the Indian market and India also committed itself to establishing 19 centers of excellence and training institutions in different fields across Africa.

Side by side with this official thrust, the Indian private sector has also shown a willingness to invest billions of dollars in Africa. The Second Africa-India summit to be held in Ethiopia this week is likely to increase the pace of this engagement. There is talk of pushing bilateral trade with Africa to $70 billion by 2015, up from the current level of $46 billion. Cumulative Indian investments in Africa stood at $90 billion in 2010 and are likely to rise dramatically in the years ahead.

At the same time, there are several steps India needs to take to ensure the current momentum is maintained and even intensified.

First, India must ramp up its diplomatic presence in Africa. Indian companies and citizens will be more likely to work in countries where India maintains an embassy. And it would help if these embassies were robustly staffed by young diplomats anxious to make a mark rather than by those at the fag end of their career who see a tour of duty in Africa as a punishment posting and who have little or no interest in African culture and society.

Second, the government should consider establishing a special purpose vehicle (SPV) to pursue strategic investments and business opportunities in Africa, especially in sectors such as mining, infrastructure and agriculture. Such an SPV could harness the talent and resources that the Indian public and private sectors have to offer but which their managements are often unable to utilise in overseas projects in a timely manner for a variety of reasons.

Third, the SPV or some other official entity must pay attention to corporate social responsibility issues connected to all Indian FDI projects in Africa, especially since many of them might be in countries where domestic regulatory frameworks for workers’ rights and environmental protection are inadequate or dysfunctional. As public pressure in India makes it less easy for Indian companies to cut corners at home, some of the motivation to invest in Africa might be linked to their belief that they can get away with dodgy business practices there. India has a strategic interest in ensuring that Indian companies operating abroad act responsibly and must come up with an appropriate monitoring mechanism.

Fourth, there must be a strict audit of all monies disbursed through the Lines of Credit for Africa. Two years ago, there were reports of questionable dealings in the subsidized export of rice to a number of sub-Saharan African countries. With Indian credit lines now running into several billion dollars — the eventual beneficiaries of which will be Indian companies and suppliers to whom recipient governments are obliged to buy from — there must be complete transparency in the process from start to finish.

Fifth, a greater effort should be made to build on the domain knowledge and cultural equity that the Indian diaspora across Africa has in abundance about local business conditions and customs. It is estimated that there are as many as two million people of Indian origin living in Africa. Though the bulk of the diaspora is in countries like South Africa, Kenya, Tanzania and Nigeria, Indian businessmen and even teachers and professionals can be found in virtually every African country. For a variety of reasons, these communities are not so well integrated within the political and cultural milieu of their host countries. But the more economic and cultural interaction there is between India and Africa, that could well change.

Sixth, the “commerce of ideas” that Mahatma Gandhi envisaged the future relationship between India and Africa to revolve around should be made a central element of Indian policy. The 2.2 billion people of India and Africa share many problems and could learn from each other’s experiences in resolving these. Promoting partnerships between the media and academic communities might be one way to do this. Innovative work in the field of handicrafts has just started and the rich field of cultural interaction has remained practically unexplored. As much if not more than business deals and lines of credit, it is this commerce of ideas which will provide true depth to the emerging partnership between Africa and India.