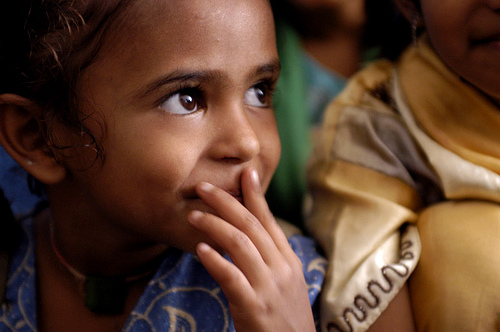 Gendercide in India: the patriarchy of birth

Gendercide, as coined by Mary Ann Warren in her1985 book, is viewed as a product of poverty or ignorance. This article will help demonstrate that the issue of gendercide is not class or education specific. Whilst this discussion will be confined to the case of India, the war on baby girls is in fact a global phenomenon.

Sex selection is a taboo issue at the University of Illinois, Chicago. The American Society for Reproductive Medicine is no longer concerned that society will create an artificial gender imbalance, and has thus approved sperm separation as a method for gender balancing within a family. [1] Currently, no legislation exists which prevents American families from accessing technology that enables sex selection. The UK President’s Council on Bioethics keeps a record of the ethical aspects of sex selection for non-medical purposes, but it has not yet issued an opinion. Early concerns are that gender balances will be altered and that human embryos will be wasted. Gendercide is actively being practiced in China, and with dire consequences. According to a study by China’s Academy for Social Sciences, more than 24 million men will be unable to marry by the year 2020. [2] The study claims that this phenomenon is worse in rural areas where aging Chinese farmers are seeking boys to carry on the family legacy. This motivation to select male births relates back to the question of why this phenomenon is so rife, particularly in developing countries.

India’s provisional 2011 census data released at the end of March painted a bleak picture of India’s gender imbalance, with a national child sex ratio of just 914 females to 1,000 males - the lowest figure since independence in 1947. [3] The patriarchy of Indian society however, does not limit itself to the issue of labour. This attitude speaks to a much deeper matter of girls not being allowed to carry the family name. In addition, girls are not allowed to inherit any family assets or accumulated wealth. If a family does not have any sons, the wealth is automatically transferred to the husband of the first daughter, hence surrendering centuries of family gains to another family. Married women in India face huge pressure to produce male children, who are largely seen as breadwinners of the family. Meanwhile girls are often viewed as a financial burden as they require hefty dowries to be married off. [4] Gendercide must be understood as a phenomenon that is not isolated to the poor or uneducated; it is female genocide across all castes and classes. The situation is particularly alarming among upper-caste Hindus in some of the urban areas of Punjab, Rajasthan, Haryana, Himachal Pradesh and Madhya Pradesh. Particularly in parts of Punjab there are only 300 girls for every 1,000 boys according to Laura Turquet, ActionAid’s women’s rights policy official. ActionAid has collaborated with Canada’s International Development Research Center (IDRC) to conduct research and has produced a report called "Disappearing Daughters". [5]

The ActionAid report cites findings from locations spanning across five states in north and northwest India, revealing that the sex ratio of girls to boys has not only worsened, but is accelerating compared to the last national census in 2001. One of the reasons for this accelerated rate of female feticide is the abuse of ultrasound technology to determine the gender of the unborn. The purveyors of the ultrasound business in every city, town and village of India entice parents by telling them to "spend 500 rupees now and save 50,000 rupees later.” The cost of the ultrasound scan is Rs. 500 and the required dowry for marrying daughters off exceeds Rs. 50,000.00. [6] The issue of the dowry tends to be the biggest risk facing Indian families. Many girls have now begun working and saving for their own dowries in order for this ‘burden’ to be shifted from their parents.

Overall, the increase in the abortion frequency for female fetuses in India is a matter of global importance. These abortions demonstrate that gender discrimination is starting at the fetal level. Therefore, there must be a radical change in the cultural practices of inheritance and marriage in order for girls to be placed on par with boys. If this matter is not addressed, India’s boys will become bachelors faced with the same problems as those of the Chinese, as discussed earlier. In conclusion, these cultural practices and expectations should be addressed through radical legislation, policy, and education that will enable India to value a female child equally to a male child. Such recognition of the issue will thereby secure the future of India’s population and the rights of women.