Decentralizing the Effects of the Earthquake in Japan

While natural disasters are intrinsically unavoidable, the aftermath of such catastrophes is, to an extent, predetermined by a country’s stage of development. As far as the unofficial hierarchy goes, the more developed the nation, the better prepared they seem to be when dealing with natural disasters such as earthquakes, hurricanes, or tsunamis. The recent earthquake and tsunami which hit Japan in the spring enable us to bring forth a superficial comparison between the aftermath of disaster in Japan versus that in Haiti. Do these case studies render true the notion that developed countries are better equipped to self-recuperate and absorb the consequences of a disaster?

In Japan, a 9.0 magnitude earthquake hit on March 11, 2011, causing the death of approximately 24,000 people. Haiti, which suffered an earthquake fourteen months earlier, saw the death of over 200,000 people from a 7.0 magnitude earthquake. To its partial defense, the epicenter of the Haitian earthquake was much closer to the densely populated capital of Port-au-Prince than the Japanese earthquake’s epicenter several hundred kilometers north of Tokyo. It is generally accepted that the Haitian earthquake’s exponentially greater human toll is attributable to the country’s poor infrastructure with buildings constructed according to little or no oversight and regulations. Japanese infrastructure, on the other hand, is engineered to withstand significant shocks. Thus Tokyo, unlike Port-au-Prince, did not begin to resemble Sodom and Gomorrah after Japan experienced the recent earthquake. At the same time, the Japanese would be misled by simply viewing this evidence as confirmation that they are a superior world power always capable of being thrown out of a tree and landing on their feet, as certain elusive creatures are said to do.

Although certain natural occurrences are simply outside direct human control, a country’s political strengths and weaknesses are clearly exposed in the aftermath of a disasters such as those that hit Haiti in 2010, and Japan four months ago. Interestingly however, not even in the latter case can we claim that the country was completely ‘disaster-proof’, as variables which greatly determine the rate of recovery and rebuilding from a disaster are not independent of the political climate of the given country. The consequences of the Japanese earthquake, and the tsunami which soon followed, are a clear indication that Japan requires a significant decentralization of political and economic structures.

The natural disaster in Japan was compounded by the meltdown in the Fukushima Dai-ichi nuclear power plant. Japan is located close to tectonic plates which renders the Fukushima reactor plant particularly vulnerable (due to its proximity to the water) when underwater fault lines create tsunamis such as those that hit Japan’s coast after the earthquake. The meltdown in Fukushima has drawn increased attention and criticism to Japan’s nuclear-power industry. Though opposition to Japanese nuclear-power is not a recent phenomenon, there has been insufficient policy debate on the subject due to the political stalemate in Japan. One-party rule dominated the political scene for fifty-five years prior to the election of Naoto Kan in 2010. The government’s idleness in bringing the question of nuclear-power regulation to the forefront (or even background) of debate had afforded the Tokyo Electric Power Company (TEPCO), the owner of the Fukushima Dai-ichi power plant, the ability to evolve into a monopolistic power. As TEPCO illustrates, whenever a market lacks sufficient competition, the regulatory framework tends to deteriorate, permitting the desires of the regulators and the economic profiteers to intimately coincide with one another. This process in turn allows large corporations such as TEPCO to increase political leverage vis-à-vis the government while circumventing certain safety regulations. Paradoxically, TEPCO itself was nominated as chief of the crisis committee following the nuclear meltdown. 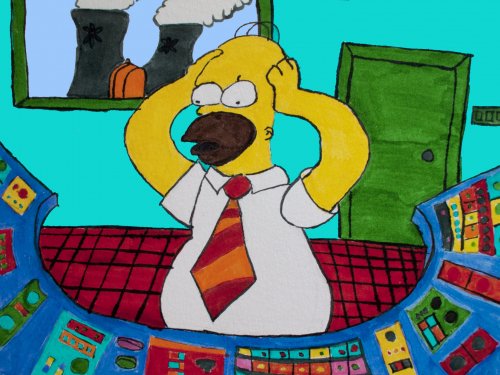 Given the complexity surrounding nuclear energy, a debate addressing both the trade-offs and implications of nuclear power must be held. For instance, to lessen Japan’s dependence on nuclear energy means increasing dependence on more environmentally degrading sources of energy, such as natural gas and coal. But in the context of the Japanese economy, the third-largest in the world, one must remember that one shoe does not necessarily fit all. In the Hokkaido region in the north of Japan, energy needs are different than those of the more densely populated Kanto region that is home to Tokyo’s 35 million inhabitants. With such a wide spectrum of regional conditions, Japan may, and should, diversify its energy needs to reflect local demand. Though the economic output of each of Japan’s regions should, in theory, enable a degree of self-sufficiency and increase the ability to make regional demands known, the centralization of Japanese politics, resulting from either an inability or unwillingness to erase the footprint of one-party rule, continues to deprive these regions of economic decision-making autonomy.

The ineffectiveness of Japan’s centralized system of governance is reflected in disaster relief efforts; municipalities throughout the country complained of Naoto Kan’s attempts to direct aid efforts several hundred kilometers away from areas of need, whilst not even having the decency to make the trip to these regions himself. As one could imagine, this had the effect of showcasing the Japanese government’s inadequate knowledge of specific regional needs. Under such conditions, stories of Japanese communities and local leaders using the meager allotted budgets to finance creative rebuilding efforts must be considered all the more remarkable. Unfortunately, necessary finances are still largely concentrated in the hands of the centralized Japanese government. Whatever aid is delivered to communities such as Minamisoma—a community located close to the Fukushima Dai-ichi plant and severely affected by the disaster—does not involve consultation with locals on its management.

From this, we may draw an interesting parallel between the aid provision following Japan’s earthquake, and that in Haiti. In the latter case, the aid comes from northern NGOs in the billions ($10.2 billion was promised) with the underlying hope of fixing Haiti, yet the direction of the rebuilding process is spearheaded largely by outside (albeit ‘sexy’ personalities) such as Bill Clinton, in collaboration with international NGOs. Such outside instruction, while potentially helpful, will inevitably become dangerous once it transgresses into the realm of outside leadership. Similar to Japan, this “we know what you need better than you do” type of thinking can, at the very least, rebuild communities, but it cannot launch sustainable economic initiatives capable of withstanding future disasters. Should not those who inevitably suffer the consequences have a say in regard to the steps taken to prevent future disasters?

Of course, not all the Japanese are unaware of the possible benefits of economic decentralization. Take Nissan, a Japanese automaker, as a clear example. Nissan’s strategy embodies the advantages of a decentralized model which could be applied to Japan’s energy sector. Despite the destruction of the Nissan factory in Iwaki, the automaker plans to resume full production by the early autumn 2011. While car rivals such as Toyota continue to struggle with a lack of certain car parts, Nissan avoided this pitfall by adopting both the vertical and horizontal integration of production. Under this decentralized scheme of capital accumulation, Nissan ensured a back-up plan for situations such as March’s disaster, when a Nissan plant that produces an essential car component is destroyed. Nissan is not dependent on one plant to produce all of its car parts. The company’s partnerships with other automakers, notably the Nissan-Renault Alliance, enable access to auto parts beyond the sharing of technology and expertise. Following the earthquake, Nissan’s local production was halted for a shorter period of time than its competitors whose supply chain is not decentralized, as missing parts were manufactured in partner factories abroad.

Nissan’s ability to persevere through economic hardships is strikingly similar to the capabilities of the various Japanese regions. As evidenced by their creative, grassroots post-earthquake rebuilding efforts, these regions are certainly capable of assuming economic autonomy, but the central government, as evidenced by their recent actions, disagrees. Though the degrees of destruction may vary across a large spectrum, rebuilding after a natural disaster—whether in a so-called developed or developing country—can prove equally difficult and frustrating in the face of political obstacles that compromise a people’s efforts towards repairing the damage wrought.