Home > English > Alternatives International Journal > 2011 > September 2011 > Displacement and inequality in the name of ‘development’ – the case of (...) 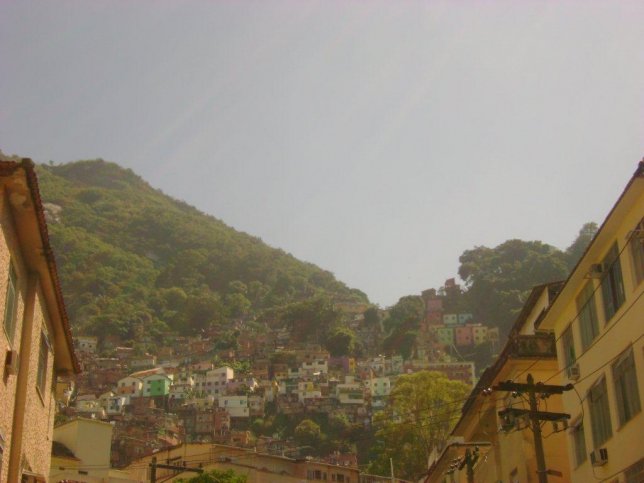 “Between now and the 2014 World Cup, 1.5 million families will be removed from their homes across the whole of Brazil” (Zirin, 2011)1. The 2014 World Cup represents a joyous occasion celebrated globally, however for many residing in Brazilian favelas, the preparation for the World Cup as well as the 2016 Olympic Games, represents the epitome of human rights violations as millions of homes are demolished in favour of parking lots and shopping centers.

The term favela was originally used to refer to a plant with medicinal properties. Yet the term evolved during a rural civil war in the 1800’s when soldiers from Bahia settled on a hill in Rio de Janeiro. They named their newly claimed land ‘Morro da Favella’ in honour of the plant which thrived on the famous battle land (Valladares, 2006)2. Today, the term ‘favela’ is used to refer to urban slums. This term entered social science language in the 1960’s and is associated with the economically disadvantaged in Brazil. Residents are not legally entitled to reside outside the city boundaries, as ownership of the land is registered to the state government. The houses in which they live, built through their own labour or with the assistance of paid unskilled labour, often break the building codes that dictate housing standards. Living outside of laws which govern property rights, housing standards, commercial transactions and property exchanges is, a coping strategy a mass of marginalized citizens. Because of their low-incomes they are excluded from legal markets for the purchase of legal dwellings in well-located and serviced areas. Favelas thus house those forced to seek alternative forms of land occupation, shelter, income and other standard amenities. Shelter built for profit by commercial developers, or built by the state, maintain insufficient levels of subsidy to make them economically viable to the lower socioeconomic echelon. (Riley,2001)3

Favelas have been identified as an urban embarrassment. The re-location of the people living on the land occupied by favelas is considered a means of enabling tourists to have an enjoyable experience in Brazil. Whilst such relocation initiatives require adequate planning, the economically disenfranchised are being shunted from pillar to post since they have no land rights. With the displacement of favelas in a reckless manner, Brazil has begun to teeter on the brink committing grave human rights violations . In 2009, Human Rights Watch released a report regarding abuses that have plagued Brazil’s crime infected cities, such as Rio de Janeiro and São Paulo, as local law enforcers commit unlawful killings and excessive uses of force. Brazilian authorities must crackdown on unsafe destruction of homes and neighbourhoods, as well as known human rights abuse cases, to avoid a tarnished image of Brazil and to show the international community that as a nation they value human rights.4

A concrete example of attempts to extend land rights to favela residents are the cases of Pavão-Pavãozinho and the neighbouring Cantagalo. In 1982, Leonel Brizola was elected state governor of Rio de Janeiro on a populist ticket of improving public education, increasing food subsidies and regularising land tenure. For the latter, he launched the Cada Família Um Lote (CFUL) (One Family One Plot) programme, aiming to distribute over one million freehold land titles to favela residents. Pavão-Pavãozinho Cantagalo were singled out for a model upgrading project, and CFUL was to legalise land settlementsand distribute deeds to each household. After compiling a cadaster, the state government registered the land with the municipal authorities who were to issue the definitive titles.

This process was never completed, however, and of the 716 households who should have received freehold deeds, just 436 received provisional deeds (CEHAB, 1986) for which they paid a symbolic fee. Cumbersome bureaucracy, exacerbated by political resistance to the objectives of CFUL by a conservative element within the state government, and finally, the loss of the state elections by Brizola’s party (the PDT) in 1986 all ensured that CFUL was abandoned and that the final deeds were never issued to Pavão-Pavãozinho’s residents.

The displacement of the poor in the name of development is a crime against Brazilan citizens. It furthermore unbalances the economic distribution of wealth and perpetuates the low quality of life for a substantial portion of Brazil’s population. Brazil must address these human rights violations if it wants to move towards a developed country. Furthermore, it is not clear whether Brazil has given due thought to the possibility of backlash from the socially excluded and the possibility of a civil war.