As a follow-up to the October 2010 Thematic Forum on the right to food and food sovereignty in the Sahel, Alternatives Espaces Citoyens (AEC) recently released a comprehensive report on the subject. The publication “Combattre la faim au Sahel” is a summary of the forum’s conclusions and key recommendations to improve food security in the region. After facing two major food crises in the past decade, Niger’s food supply and agriculture industry are at their most vulnerable. Rather than adopt this pessimistic point of view in the report, AEC seeks to highlight the enormous potential for agricultural and pastoral activities in the Sahel. As such, properly managing the region’s human and natural resources can improve food security over the long term. Today, raising awareness about food insecurity and engaging political actors and social activists in the fight against hunger are both fundamental to achieving the long run improvements that Nigeriens are demanding. Ultimately, through the Thematic Forum and the report, AEC demonstrates the immediate need for legislation on the right to food in Niger. Read more...

On August 13, AICafe held an architectural exhibition and feedback discussion on The Architecture of Occupation and Liberation.The exhibition was a result of an architectural research project based in the Occupied Palestinian Territory and Israel, looking at the morphology of the political context and how it could facilitate removal of the Separation Wall (spanning from Bethlehem to East Jerusalem) over a course of time. With removal of segments of the Wall, architectural intervention is proposed to create neutral meeting zones to facilitate the integration of both populations within mixed program facilities.  Researcher Gary Cullen discussed the potential uses for newly liberated physical spaces and actively solicited feedback and comments on this innovative exhibition. Read more... 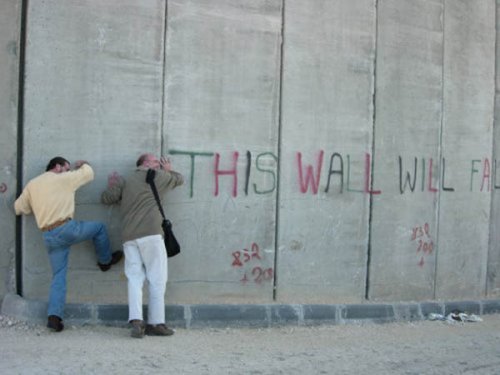 As a result of its commitment to gender equality and education, Alternatives Asia continues to support Bharat Gyan Vigyan Samithi (BGVS), an Indian NGO dedicated to literacy for more than twenty years. BGVS believes that a literate population is the key to bridging the knowledge, economic and social divides that obstruct India’s development. From this came Samata in 1993. It was initially envisioned as a women’s platform for literacy to connect women involved in the Total Literacy Campaign with broader movements for women’s empowerment. The platform proved to be much more and continues to empower women through education in all aspects of life, from the village to the national level. By connecting literacy directly with empowerment programs through Samata, BGVS aims to build up the institutional capacity of women’s groups that focus on micro enterprises, health, continuing education and the prevention of violence against women. Despite the general advancement of Indian women’s literacy since the early nineties, the resources offered by Samata are still in demand. Read more...

The Forum des Alternatives Maroc (FMAS) recently released an observatory report on Morocco’s referendum on constitutional reform. The vote, which took place on July 1, 2011, resulted in 98.5% in favour of the proposed reforms, most significant of which was to appoint a prime minister as the head of government rather than the king. The Collectif associatif pour l’observation des elections (CAOE) is a group of organizations and individuals who together monitor legislative elections in Morocco since 2002. With the support of FMAS and the Collectif démocratie et modernité, the CAOE monitored a referendum for the first time. The CAOE’s report highlights that during the campaign leading up to the vote, public authorities did not exhibit neutrality. The proponents of the “Yes,” in favour of constitutional reform, were significantly less obstructed by authorities than others. Although supporters of the “No” side were marginal in numbers, it was Moroccans advocating for a boycott of the referendum who were silenced by authorities and state media. Tensions were high during the electoral campaign, and the use of violence from both authorities and citizens was not absent. The report observes that there was also a significant amount of pressure and coercion from local figures of authority to vote “Yes”. Nonetheless, the vote and tally were overall conducted according to international electoral norms, and no administration interference was observed. FMAS’s support for this initiative and the action of the CAOE as an independent observer of such votes are fundamental to ensure that transparency and fairness of elections are upheld in order to solidify the democratic system in Morocco. Read more...

Initiative pour un autre monde (IPAM) is preparing for a forum entitled “The rise of the far right in Europe,” taking place on September 15, 2011 at the Centre International de Culture Populaire (CICP) in Paris. The CICP is a venue that provides organizations and social movements committed to international solidarity with the technical and logistical support to hold meetings and activities. In the case of the IPAM forums, the upcoming event being the third of its kind, the CICP’s location presents the opportunity for activists from all fields to discuss causes and consequences of the recent shift in the political orientation of European leaders to the far right. The objective of IPAM’s forums is to uncover the points of convergence of various social groups in order to present a united front in the face of the changing political climate in France and the world. These forums provide the space and place for progressive debates between social movements, citizens, politics and professionals which enable IPAM and the members of its network to contribute to the national political debate in anticipation of the French presidential elections in 2012. Read more...

Last month, Alternatives International held its seventeenth annual Alternatives’ Days held in Camp Papillon de St-Alphonse de Rodriguez in the Laurentiens. The weekend was attended by over 300 people, in addition to over fifteen distinguished speakers from international non-governmental organizations, universities, activist groups and citizens’ organizations. This year’s four main panels focused on the revolutions in Maghreb and the Middle East, neo-liberalism in the Americas, Quebec’s Plan Nord, and Canada’s “conservative” government. Read more...

The Teacher Creativity Center concluded the activities of their second yearly conference, “The Educational Enlightenment Days ‘We Care: United for an Educational Renaissance in Palestine.’” The conference convened in the headquarters of the Palestinian Red Crescent in Ramallah on July 25-26, with more than 250 participants, including educators, experts, politicians, teachers, members of parents’ councils, and representatives from civil and private sector organizations.  The conference addressed, and utilized the issues of effective educational partnerships, and investment in social capital as the main focus in the sessions. Over the two days the conference included thirty-four distinctive educational initiatives, presented by teachers, educational supervisors, representatives of civil and private sector organization, and members of parents’ councils.

The conferees produced several recommendations that touch the essence of the Palestinian education, including:

In June 2012, Brazil will host the Rio + 20 United Nations Conference on Sustainable Development. While many government leaders and experts will convene to establish the global and international changes which will bring carbon dioxide emissions down to zero, much of the change will also occur on a local scale. At the TedX Midwest tour leading up to the upcoming environmental conference, Majora Carter spoke about the entrepreneurial and local initiatives taken towards reducing climate change. One example of local initiatives making national and global impact was in West Virginia where the city spends $US 600 million dollars demolishing mountaintops for coal which are profitable for only a few years but ruin the air and water quality of the region for decades. Judy Bonds contends with these unsustainable projects by publicizing the potential of these elevated regions for creating wind energy. Overall, inserting wind energy machines provides a net positive impact on the local, national and global environment. Carter calls the problem solving of our global climate crisis on a local level Home(town) Security. She emphasizes the importance of restoring natural systems and creating wealth locally to revamp unsustainable energy systems. Changes implemented locally is one factor, along with the changes in international government which will be discussed at the Rio+20 conference, which can reduce the negative effects of climate change. Read more...