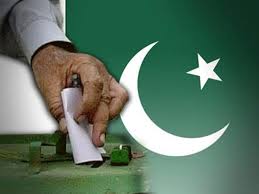 A Violent yet Successful Transition in Civilian Governance in Pakistan

Pakistan Muslim League-N (PML-N) leader Nawaz Sharif was the victor of Pakistan’s recent National Assembly elections, his party securing 125 of the 137 seats needed to form a majority government. His primary opponents were Bilawal Bhutto Zardari, son of assassinated former Prime Minister Benazir Bhutto, and former cricket champion and celebrity Imran Khan. Turnout was nearly 60 percent according to the election commission, which is said to be the highest since 1977.

Many viewed the Pakistan parliamentary elections on May 11 as a real turning point for the country, as it is the first transition between civilian governments since the country’s conception in 1947. This is not to say that they were not mired in violence, as fear was more prevalent than hope in these highly contentious elections where there were a reported 150 deaths across the country. The city that has seen the worst of the violence is Karachi, the capital of the Sindh province.

The most shocking death was the assassination of Pakistan Tehreek-e-Insaf (PTI) party co-founder Zahra Shahid Hussain who was shot to death outside her home in an upscale district of Karachi known as NA-250. Officials had contended that it was the result of an attempted robbery, however PTI leader Imran Khan publicly declared that he held leader of Karachi’s dominant Muttahida Quami Movement (MQM) party, Altaf Hussain responsible for her murder. Hussain allegedly “openly threatened PTI workers and leaders through public broadcasts," according to Khan. The MQM—supported mainly by Muslim Urdu-speaking people whose families moved to the Southern Sindh province during the 1947 partition of India—has strongly denied these claims.

Hussain currently leads his party—designated as a terrorist organization in Canada—from exile in England. Khan also holds the British government partly responsible for Zahra Shahid Hussain’s death. Prior to her murder, the MQM had been subject to accusation of electoral fraud on May 11, which caused widespread demand of a rerun of elections in the district. This election round—though proving to be victorious for the PTI in the district—did not have much effect on Sharif’s landslide victory in the national elections.

The sudden tragic murder of Zahra Shahid Hussain is symbolic of the dynamics that were at play during the elections. The country is marred with violence, not solely perpetrated by the MQM but the prevalent Taliban who have been the source of bombings in Karachi surrounding election day, which has caused the police to be on guard and prepare for violence to erupt at polling stations. The worst of the attacks took place when eleven people were killed in the bombing of a political office in the city and more than 40 others were wounded in the targeting of an Awami National Party (ANP) candidate. The country’s key port, populated by 18 million people, sees more than a dozen murders a day: attacks by the Taliban, sectarian militant groups, political murders, and not to mention street crimes. It is this environment that reveals the existing socio-economic and political climate that dictated the ultimate results of the May 11 elections.

In a country divided between a political Punjabi elite and a poverty-ridden majority, Nawaz Sharif was the preferred candidate. Having served as Prime Minister twice (from 1990 to 1993 and from 1997 to 1999), Sharif spent the past eight years in exile in Saudi Arabia after being thrown out of power in a military coup. When he was exiled, many Pakistanis were relieved, as they found him to be corrupt and not suited as a political leader. A few of his political opponents say that the main reason why Sharif was welcomed back after so many years is because he is from Punjab, the country’s richest province where most of the military elite are from. Sharif managed to assure more than half the seats in the National Assembly and had little support outside the province.

Sharif, as opposed to Imran Khan, speaks in terms of money and in his campaigns, his promises involve plans to open banks in every village. Whereas Sharif’s rhetoric focused on pleasing the businessmen, the elite, and the poor with inflated dialogue on the economy, Khan’s rhetoric was directed at educated urban voters and was more popular with the middle class and voters abroad. In a country where threats from the Taliban are omnipresent and where the growing number of disadvantaged youth is susceptible to recruitment into such terrorist organizations, it is not likely that Khan’s demands for an end to corruption will lead to the change that is desired. Sharif, a rich political veteran, relied on a strong patronage system which was the key to his victory, an essential mechanism that Khan lacked. However, although Khan did not win, his election campaign did inspire many in Pakistan, which enabled the PTI to emerge from a marginal party to Pakistan’s third largest, which could mean hope for the future of the party and for the sustainability of Pakistan’s democratic system as whole.