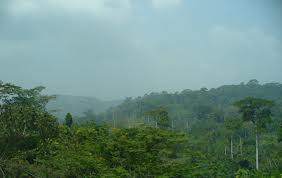 The New Scramble for Global Farmland

A recent article in the Guardian UK reporting land evictions in Laos and Cambodia has brought to attention, once again, the recent phenomena of global land grabs by private investors in Asia, South America and Africa.

What is perhaps most alarming about the article, despite the apparent exploitation and displacement of vulnerable families, is its inclusion of a study by watchdog Global Witness claiming that Cambodian and Laotian governments have been supporting these firms’ actions. In fact, many reports have linked the role of local governments and international organizations to the rapid spread of land grabs in the past few years.

‘Large-scale land acquisitions’ are characterized by the buying or renting of large pieces of land from local governments by multinational corporations, wealth funds and private investors. The Laotian and Cambodian land grab examples highlight a new development, in which the involvement of other players, such as the government, in land deals is now coming to light. This is most apparent in Africa, where a massive ‘scramble for Africa’ is underway.

According to the World Bank and Oxfam, millions of hectares of farmland have exchanged hands in the past decade, particularly in sub-Saharan Africa. A report can be found here, outlining how investors take advantage of the lax legal enforcement, arbitration and weak governance in many countries. Not since colonial times has land at this large scale been allocated to private firms and investors.

Why are private investors suddenly interested in acquiring large pieces of land in sub-Saharan Africa? While the notion of a new scramble for Africa has evoked arguments of neo-imperialism amongst some, the commonly proposed reasons for sudden large-scale land grabs are food security, fuel prices and the financial meltdown of 2009.

In the past few years, global markets have endured tremendous uncertainty and financial market failures have consequently left investors hungry for more tangible forms of investment. Land in Africa can be bought cheap and with the right technology, made ready for mass production to feed the world’s growing population.

On one hand, global land grabs could be evidence of predatory investors attempting to hoard future food security and financial stability, negligent to the millions of vulnerable people that inhabit the area. Alternatively, the acquiring of land could be seen as an opportunity for development and employment for the local communities provided by foreigners. Evidence for the latter is currently scarce, but the possibility of mutual benefits for all parties involved in by land deals can in fact be a reality.

As previously mentioned, the major issue of contention is ultimately the continuous displacement of farmers, pastoralists and grazers resulting from the land grabs and various sources indicating that local governments and international organizations participate in the facilitation of these deals. This has led to general pessimism amongst human rights watchdogs regarding the rise in land grab practices.

Instead of evicting, re-appropriating and commercializing land, investors need to be held under more rigorous evaluations to determine whether or not they can purchase land. Corruptible local officials and weak governance mean that land acquisition that severely harms local inhabitants and the environment is often hard to reverse and results in legally binding contracts. These contracts essentially tie the hands of local governments, and private firms can act at liberty regarding their newly purchased property. To add further complexity to the issue, legal difficulties regarding the arbitration of land and water mean that local people are often robbed not only of their native lands, but their source of water and income.

In war-torn Liberia, more than 30 percent of its land has been sold off in the last few years. High up there in terms of agricultural areas in land deals is the DR Congo, Mozambique, Uganda, Zambia, Ethiopia, and Mali.

Land grabbing, as it currently stands, needs to be viewed as a global concern that negatively affects us all. Acquisitions that result in forced mass evictions and total ownership of land by foreigners with minimal compensation are an attack on environmental sustainability, local livelihoods, biodiversity and human rights. Coupled with the weak governance and lack of legal enforcement, they also undermine the global missions to end poverty, empower vulnerable peoples and support strong governance and democracy in developing countries.

Currently, African agriculture is undergoing a new wave of corporatization by the foreign private farmland investors. This includes shifts to less labour-intensive, more capital-intensive methods to increase production. In the case of Liberian rice and timber projects for example, this has resulted in less employment of locals, restricted community access to forest products and decreased local access to farmland.

One of the greatest ironies regarding this issue is perhaps how Africa, with its own chronic food insecurity, could potentially become the world’s breadbasket. Investors are starting a threatening trend- there is money to be made in African agriculture. Not all foreign investment is a definite evil; it truly can be a game-changing opportunity for governments, investors, local entrepreneurs and communities.

Meanwhile, the world’s growing population, along with food and fuel shortages, guarantee continued developments in this pressing issue.