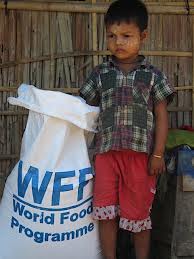 In the past year, tensions between Buddhists and Muslims have been rising in both Myanmar and Sri Lanka. Both states are home to minority Islamic ethnic groups that have forcibly assumed the role of scapegoats in their respective post-conflict contexts, while Buddhist majorities are said to be playing the role of the oppressors. Given the dominant global discourses pertaining to these religious groups, these realities are quite confusing, especially from a Western point of view, which is too often informed by catchwords and phrases such as terrorism, Al-Qaeda, Free Tibet and self-immolation. Looking closer into these conflicts contributes to the confusion, but also raises questions that ultimately challenge discourses to look further than supposed religious intolerance and into the ways in which minorities are treated all around the world.

According to Human Rights Watch, the ethnic Muslim Rohingya of Myanmar are victims of ethnic cleansing and crimes against humanity. These crimes have resulted in the forcible displacement of over 125 000 Rohingya since separate violent attacks in May and October, 2012 have taken place. Along with Myanmar government officials, Buddhist monks are alleged to have taken part in the coordination of the attacks and are now playing a leading role in blocking humanitarian assistance to the displaced Rohingya. More shockingly, it is reported that monks have been urging locals not to associate with the group and calling on the government to send the group “back to their native land”. Commonly referred to as Bengalis by the Buddhist majority in Myanmar, the United Nations has described the Rohingya as one of the world’s most persecuted minorities, having been denied citizenship rights since 1982 and presently subject to a two-child policy has been enacted to control their population growth.

Just over a year ago in Dambulla, Sri Lanka, a mob of 2000 Sinhalese (led by Buddhist monks) stormed a mosque during Friday prayer, laying waste to the building and everything inside of it. Since then, mosques have continued to be the target of intimidation while a new Sri Lankan Buddhist group, Bodu Bala Sena, has called for a nation-wide boycott of Muslim businesses, as well as a ban on the Hijab and Halal meat certification. Most recently, a popular Muslim-owned clothing store was broken into and vandalized by a mob, who were filmed cheering on a Buddhist monk as he hurled a stone through one of the store’s windows. The police were present during the mob attack and did nothing to stop it, reflecting the ways in which Sri Lankan authorities have been turning a blind eye to similar aggressions aimed at the Muslim minority, who are mostly ethnic Moors.

Despite the lamentations of His Holiness the Dalai Lama, attributing these conflicts and the suffering of Muslim minorities to religious intolerance seems somewhat inadequate. Of course a line can be drawn by way of differentiating between religious traditions, but the conflicts among Muslims and Buddhists in Myanmar and Sri Lanka also reflect inherent qualities that are characteristic of all societies. Racism as a political tool used to justify different types of violence against minorities is a common global practice. Muang Zarni, a Buddhist and human rights activist from Myanmar, stresses that the conflict is economic in nature and is fueled by racism and the stereotypes it creates. He is certain that “This is not about which god they are worshipping, there is an issue of bread and butter here, a very clear economic dimension." The same can be said of the violence directed at Sri Lankan Muslims, who have been a driving force of Sri Lanka’s economic growth over the years.

The persecution that Muslims are facing in these two countries is reminiscent of the way Jews were treated in Europe throughout the inter-war years, but is also not unlike the plight of the Palestinians within the illegally occupied territories of Palestine, or the thousands of marginalized indigenous groups throughout the Americas, or the Roma in present-day Europe. The list can go on and on.

Labeling these conflicts as symptoms of Islamophobia keeps these ‘problems’ within their respective borders and relieves the rest of the world of assuming responsibility for acting similarly. One can even argue that the real Islamophobia in the matter is a group using an already internationally suspect religion (albeit, through Western rhetoric) as a means to deny people their dignity and inherent rights. What happened to never again?

Another factor worth looking into with regard to these and other conflicts revolves around the way in which we preach tolerance. Surely we can aspire to more than just tolerating those who are different. Tolerance may be a step in the right direction, but it can’t stop there. If anything, it should be a stepping-stone toward acceptance, which would ultimately contribute to positive peace, not just a lack of violence.