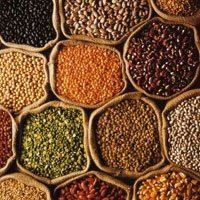 India’s reports on hunger and malnutrition are abysmal. For a rapidly developing country, showing much promise for the future, it still remains a country with one of the highest rates of malnutrition and hunger. While around 30 percent of people live in poverty, many more suffer from problems of malnutrition. According to World Bank statistics, around half of India’s children are underweight and 75 percent are anemic. The problem is also serious in pregnant women, with 75 percent of expectant and new mothers suffering from anemia. Malnourishment can have detrimental effects on the development and growth of a healthy population, hindering productivity and economic growth.

In this context of chronic hunger and malnutrition comes the National Food Security Bill (NFSB), proposed by the Congress Party of India. Under the provisions of the bill, subsidized food grains will become a legal right for two-thirds of the population. Moving food security from welfare-based plans to a rights-based approach, the NFSB has been lauded by many, including Nobel laureate Amartya Sen. However, the bill continues to be debated and has not yet passed in the lower house of the Indian parliament, the Lok Sabha, as the opposition has criticized many provisions of the bill, namely the populist face of it.

The opposition claims that the Congress Party is merely trying to appeal to the masses, in an attempt to regain their trust after allegations of corruption and scandals have rocked the government. General elections are to be held next year, and many believe the NFSB to be a ruse through which the Congress Party attempts to secure its position in the next government.

There have also been concerns on the financial strain such a bill would cause on the budget. Under the current provisions of the bill, the total estimated annual food grains requirement is 61.23 million tons and will cost about Rs.1,247.24 billion ($23.13 billion). Critics are unsure of where such funds will come from, and the bill has not provided any concrete plans for the procurement of said funds. Other concerns have revolved around the failure of the current, welfare-based food security system, the Public Distribution System (PDS).

The failure of the PDS has largely been a result of leakages, mismanagement, and infrastructural underdevelopment. Leakages in the system provided ample opportunities for corruption to fester, while mismanagement of resources combined with infrastructural underdevelopment led to an urban bias in the system, as food grains were unable to reach the more insecure and undernourished residents in rural areas of the country. Other issues also surfaced, including the low quality of food grain provided through the PDS. Critics point that these have not been addressed by the NFSB, and are concerned that the unchanged conditions will remain a reality even under the new plan.

What is the right set of instruments that can be used to counter hunger and malnourishment? This question arises from the debates surrounding the NFSB. Subsidizing food grains will only subdue a symptom, but will fail in curing the disease itself. Hunger and nutrition are multi-dimensional issues, and the problem is not simply solved by granting access to subsidized foods. While around 30 percent of the Indian population lives in poverty, many more are malnourished – a fact highlighted by the NFSB’s proposition to provide subsidized food to 67 percent of the population. It is clear that hunger and malnourishment are not the problems of poverty alone - other aspects of it are not being recognized and addressed. Countering the issue of hunger requires more than just providing access to subsidized grain. To even use grain, one needs fuel, shelter and access to safe drinking water. Improving lives of the citizenry is the bigger problem, and the NFSB fails to address the issue of livelihood development.

The impact of the NFSB can be predicted by comparing the NFSB to the Mahatma Gandhi National Rural Employment Guarantee Act (NREGA), the job guarantee scheme which passed in 2005 in India. The intention was noble - everyone has a right to work. Those adult rural residents that wanted to work but could not find a job would be, if willing, enrolled in unskilled labour for a maximum of 100 days of the year. While this plan provides temporary relief to the unemployed, there is no permanent job creation happening - there is a fault with the development scheme, which focuses on short-term employment rather than long-term job creation. A recent report by the Planning Commission of India recognizes that the past few years of development in India have been marked by a phenomenon of jobless growth. Throughout the years, funding for the scheme has increased, highlighting that more people are relying on the scheme for employment opportunities, rather than developing skills to provide for long-term livelihood security.

The outcomes of the NFSB will be similar if the provisions are merely to provide the poor with handouts. The poor and insecure need to be empowered with access to land, water, education and skills, so that they can develop their own livelihoods, rather than rely on the government for food or job security.

The issue being contested is not whether there is a prevalence of hunger and malnutrition in India, but whether the policies underlying the NFSB are viable ways of countering the food insecurity. What the government has to realize is that the target issue is hunger eradication, which cannot be solved by mere subsidies. Development policies formulating livelihood options that eliminate hunger and malnutrition need to be encouraged.

Rather than plainly rejecting the proposed bill, the opposition should encourage the development of an alternate policy. The development policy should focus on eradicating hunger altogether. Policies that encourage social and economic inclusion, and create long-term sustainable employment should be developed. The government needs to come together to develop a cohesive and effective development policy to address all of these issues.