Home > English > Alternatives International Journal > 2014 > September 2014 > Women in Tunisia: The Struggle for Equality is Not Over 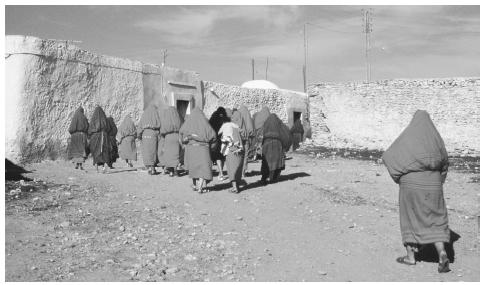 Women in Tunisia: The Struggle for Equality is Not Over

On August 13, 2014, Tunisian women commemorated the 58th anniversary of the promulgation of the Personal Status Code (PSC) that transformed married and family life in Tunisia. In fact, the PSC allowed women to acquire essential rights they were deprived of for centuries, such as the free choice of a husband, legal divorce, ban of polygamy and setting a minimum age of marriage.

The text of the PSC has been unique in the Arab world as it implemented the emancipation project carried by generations of reformists: from khaireddine and Ibn Abidhief in the nineteenth century to Tahar Hadded and President Bourguiba, later. However, the struggle is far from being over. Tunisian women as well as democratic forces face a double challenge: on the one hand, to preserve the reforms achieved through the personal code from the subversions of political Islam and its various components that try to roll back the clock on essential women’s rights and on the other ,to continue the fight for achieving full gender equality.

Everyone remembers the struggle led by active civil society concerning article 28 of the draft constitution in 2012. The stakes were high: the Islamist Party, constituting the majority of the National Constituent Assembly, tried to have “the complementarity of roles between men and women within the family” set forth in the new constitution.”The formulation inspired from conservative literature and patriarchal beliefs aims to gloss over the principle of gender equality. Luckily, the attempt failed owing to the widespread mobilization of feminist associations and democratic civil society, which have succeeded, ultimately, to impose the clear mention of equality and that of women’s rights protection.

There is, however, no reason for complacency. It is true that there are significant steps taken forward. Article (40) of the new Constitution, for instance, stipulates that “work is the right for every citizen, male and female. The state shall take the necessary measures to guarantee work on the basis of competence and fairness.”It is, also, true that thanks to the spread of education, the participation of women in public life is more and more conspicuous: they represent 49% of the executive ranks in public service, 72% of the number of pharmacists, 42% of the medical staff, 40% of university professors.

Yet, effective equality is still far off: women’s unemployment rate is twice that of men (21.5 to 11.5%).Rural women suffer from precarious unemployment and poor working conditions: 73% of those who work in the agricultural sector do not have a working contract…

In addition, women still suffer all forms of violence, whether “verbal, economic, sexual or psychological,” according to Mrs. Neila Chaabane, Secretary of State for Women and Family, citing the scary number of 47.6% of women between the ages of 18 and 65, who suffered violence during 2013. (Al-Maghreb 22 May 2014)

But there are other types of violence. Those peddled by speeches that devalue women. This year commemoration of PSC was a great opportunity for Mr. Rached Ghannouchi, President of the Islamist Party, Ennahda, to mix religion and politics, acting, as usual, as a political leader and a religious preacher. He, who had said not so long ago, that “the modernism of Bourguiba is nothing but a blind fascination of the West” (Approches du sécularisme et de la société civile, 2011), took everybody by surprise when he expressed his full support for the CPS, while adding a personal touch: he calls on young people to follow the example of the Prophet and marry “divorced and elderly women.”

It must be assumed that “spinsterhood” observed in the growing number of single women is one of the most recurrent themes of the Islamists, too much attached to the traditional image of the family , viewing the social and cultural phenomena related to the changing attitudes and evolving mores all over the world as an anomaly. A further illustration of the disparity between the theory of the texts and the actual reality is the parity issue. The decree law 35 of 2011 , concocted by the High Commission for the Realization of the Objectives of the Revolution (2011) established the principle of parity in the electoral lists.

But there is many a slip between the cup and the lip:

In conclusion, few would doubt that legislations such as the Personal Status Code and other laws have helped improve the status of women and stimulated their participation in public life. It is, also, important that the principle of equality be enshrined in the new constitution despite resistance from Islamism then in power.

But old patriarchal habits die hard. The chaos that followed the so-called “Arab Spring” has brought outdated thinking back to life, trying to confine women to the role of procreation and sex .That’s why the battle is not yet won; but we can guarantee one thing: we will stand, along with other democratic forces and civil society, by the side of equality.