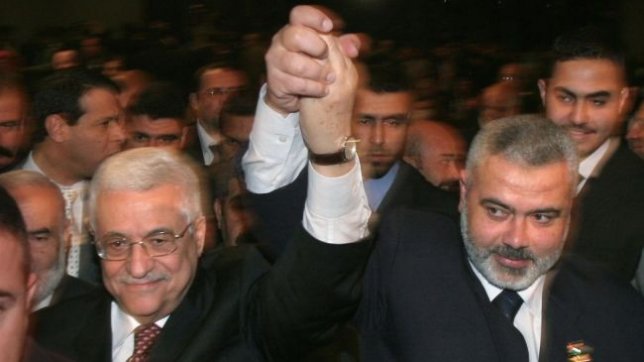 This growing Palestinian support for resistance as the recent Gaza conflict evolved demonstrates the failure of Israeli tactics, which targeted Gaza’s civilian population in order to weaken Hamas.

Palestinian officials report that Israel began implementing the terms of the ceasefire agreement signed in Cairo as life began returning to a new normal in Gaza. Palestinian farmers returned to their fields and fishermen began venturing out to the sea again as the Israeli imposed buffer zones on the sea and land have been drastically reduced.

Hamas leader in the Gaza Strip, Ismail Haniyeh, greeted thousands of Palestinians in a massive victory rally following signing of a long-term ceasefire agreement with Israel. He hailed the people of Gaza and the resistance for their steadfastness in battle.

"The victory is beyond the limits of time and place. This battle is a war that lacks a precedent in the history of conflict with the enemy," he said, stating that “Palestinians who couldn’t celebrate Eid al-Fitr because of the fighting, today celebrate the celebration of victory".

The Palestinian news agency Ma’an reports that as of Wednesdaym an opinion poll conducted by the Palestinian Center for Public Opinion showed overwhelming Palestinian support for the firing of rockets into Israel and the belief in Gaza that the resistance had increased its deterrence capacity.

This show a radical change in the attitude of most Palestinians, specifically in Gaza, toward the question of confrontation with Israel.

A public opinion survey conducted by the Washington Institute on June 15-17, just a few days after the current crisis began with the kidnapping of three Israeli teenagers showed the Palestinian public broadly supported a nonviolent approach. In this survey, 70 percent of Gaza residents expressed their wish that Hamas would maintain a ceasefire with Israel in both Gaza and the West Bank.

This growing Palestinian support for resistance as the recent Gaza conflict evolved demonstrates the failure of Israeli tactics, which targeted Gaza’s civilian population in order to weaken Hamas. These polls shows that despite the heavy civilian casualties suffered in Gaza, where the UN estimates that 70 percent of the over 2,100 killed were civilians, Palestinian public opinion rallied around resistance organizations toward the end of the conflict.

Nonetheless, Israeli Prime Minister Benjamin Netanyahu said in a televised press conference on Wednesday that Hamas had achieved none of its demands.

"Hamas was hit hard” he said, claiming the Islamic organization “has not suffered such a defeat since its creation”.

“We destroyed attack tunnels, killed nearly 1,000 enemy combatants, including senior officials in the movement, destroyed thousands of rockets and hundreds of command posts," he added.