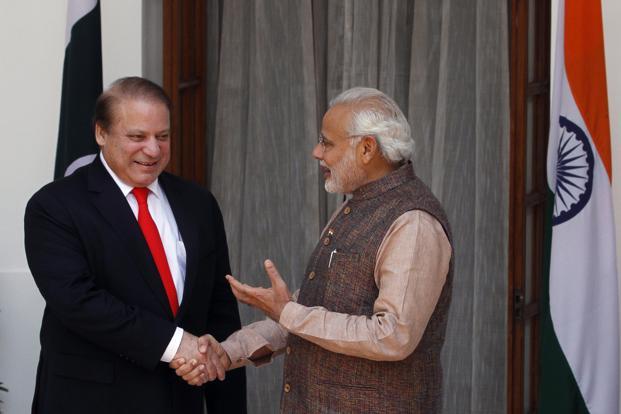 The Futility of Not Talking to Pakistan

India is perhaps the only major power in the world to regard dialogue with an adversary as a form of surrender, or at best, a reward to be granted on pain of good behaviour. As a corollary, the Indian establishment believes that not talking is a form of punishment, perhaps even of coercive diplomacy, which will accomplish for the country what dialogue cannot.

Just how misplaced this belief is can be seen from the number of times in the past 20 years that India resolved not to talk to Pakistan because it was unhappy with something Islamabad had done or was doing, only to back off with its primary goals unmet. Each time, the decision to start talking was correct— Lahore (1999), Agra (2001), Islamabad (2004), Thimphu (2010). And each time a decision was made to end the dialogue—rather than merely suspending it for stocktaking following a terrorist incident or provocative event—India found itself compelled to move away from rigid conditionalities and maximalist demands and settle for nothing more than a declaration of good intent by the Pakistanis.

The reason India did this was not because it was weak or lacked an appetite for diplomatic brinkmanship—these are hardly accusations that can be made against the likes of Atal Bihari Vajpayee and Brajesh Mishra, or indeed M.K. Narayanan or Shivshankar Menon—but because it recognized both the utility of dialogue for the pursuit of tactical and strategic objectives vis-à-vis Pakistan, and the futility of not talking. So, even as every bilateral crisis or relatively minor disturbance invariably generated hawkish political headwinds against dialogue, the realist, professional instincts of the Indian diplomatic and security establishment would eventually assert themselves.

From the point of view of statecraft, realism means having a clear understanding of one’s strategic goals, and using the most effective tool at one’s disposal for the pursuit of those goals. As far as India-Pakistan relations are concerned this means being clear about three things: (1) Using diplomacy and dialogue to influence Pakistani behaviour and thinking directly and via third countries, while seeking win-win gains on the economic and trade front; (2) strengthening border management, intelligence and policing capabilities so that India has more than the cold comfort of Pakistani assurances to rely on in the event of continuing cross-border terrorism; and (3) pursuing domestic political initiatives and reforms in Jammu and Kashmir (J&K) so as to undercut the influence of Pakistan and pro-Pakistan elements such as the Hurriyat in the Valley.

While the Vajpayee government made progress on all three fronts, as did Manmohan Singh, the Congress-led United Progressive Alliance government neglected the first and third because it lacked the political courage to take the sort of initiatives that would have made a difference. Now, Narendra Modi, who began his prime ministership on a promising diplomatic note, has taken a huge step back by trying to use a diplomatic tool—the cancelling of dialogue—as a substitute for enlightened internal Kashmir policy.

The Modi government has defended its decision to cancel the 25 August meeting between the foreign secretaries of the two countries by saying the Pakistani high commissioner’s invitation to separatist leaders from Kashmir “raises questions about Pakistan’s sincerity, and shows that its negative approaches and attempts to interfere in India’s internal affairs continue unabated”. Bharatiya Janata Party (BJP) spokespersons also say it is irrelevant that Hurriyat leaders met Pakistani diplomats and leaders on the eve of all major India-Pakistan encounters during the Vajpayee and Manmohan years. Just because something wrong happened then is no reason to allow it now, they argue.

Such logic is misplaced for two reasons. First, successive governments have tolerated Pakistan’s irritating confabulations with the Hurriyat not because they were weak or indecisive but because knew those meetings made no difference to the texture of the India-Pakistan talks which followed. Second, it is no secret that Pakistan has a “negative approach”, that it “interferes in India’s internal affairs”, and that it wishes to detach Jammu & Kashmir from India — a goal the Hurriyat also has. But this was surely known to Modi when he invited Nawaz Sharif for his inaugural, and when he gave his nod for the two foreign secretaries to meet in the first place. Indeed, this is precisely why India needs to talk to Pakistan — to drive home the point that since all efforts at altering the territorial status quo have failed, Islamabad must get real and work with New Delhi towards crafting a new solution and a new relationship.

To be sure, Modi is a politician and has his sensitivities about the negative optics the Hurriyat’s meeting with Pakistani diplomats would generate, especially in the Jammu region where his BJP hopes to win a large number of seats when Jammu & Kashmir goes to the polls later this year. In that case, he ought to have picked up the phone and spoken to Sharif—a leader with whom he struck a close personal rapport during and after their 27 May meeting—to find a quiet way around this. Who knows, the two leaders might have agreed to postpone the meeting given the mass unrest that was planned in and around Islamabad. In the event, cancelling the foreign secretaries meeting for the reasons stated was the worst possible outcome.

A final point. Modi knows that the military in Pakistan is a reluctant recruit to Sharif’s desire to normalize relations with India. It is possible that as a result of this week’s internal developments in that country, the military establishment will gain the upper hand over Sharif. But that cannot be an argument for Modi doing his bit to undermine a leader who has repeatedly demonstrated a willingness to take political risks in favour of improving relations with India.

Siddharth Varadarajan is a senior fellow at the Centre for Public Affairs and Critical Theory, Shiv Nadar University, New Delhi.