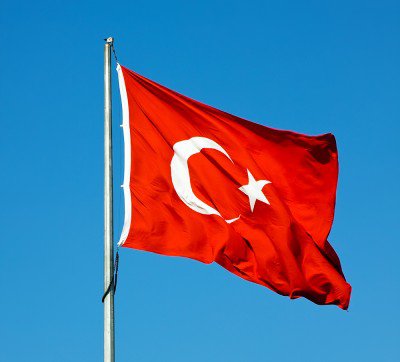 In Turkey, where the attempted coup failed and arms went silent after 24 hours of clashes and killings, civilian fascism has won over military fascism – even as both competed to project each camp as “the better protector of Democracy”!

President Recep Tayyip Erdogan, elected in 2014 and whose AKP party swept back to power with 52% of the votes last November, repeated through the crisis that he and his government represented democratic legitimacy and blamed the putschist “treason” on “a handful of military people” close to his Islamist rival Fethullah Gülen, living in self-exile in the US.

In a country where the military sees itself as the guardian of Kemalist legitimacy and has often seized power by coups d’État in the past, the putsch leaders this time accused Erdogan and his team of violating the constitution, perverting democracy, expanding and deepening corruption, putting “internal and regional peace” at risk, and rushing towards authoritarianism.

Back in power in Ankara yesterday from his base in Istanbul, where he was mayor once and where he stayed throughout the crisis, Erdogan quickly told the coup participants, 2800 of whom were behind bars, that he would “make them pay dearly for their treason” – a threat he has effectively implemented against critical journalists, political rivals and dissenters, and the Kurdish minority fighting for its human and national rights.

He called for the extradition of Gülen from theUSand of eight coup participants fromGreecewhere they landed in a military helicopter. He made of the Gülen issue a test ofUSfriendship – with theUSkeeping a nuclear arsenal atTurkey’s Incirlik Air Base.Turkey’s borders were closed to prevent further escapes. And he pledged to restore the death penalty – abolished in 2002 to prepareTurkey’s entry into the EU. And deep purges are under way in all sectors of public life, army included.

He called the coup attempt “a gift from Heaven” – a statement which led many to opine Erdogan had staged the coup himself for his own political ends. Gülen quickly told The Guardian at hisPennsylvaniaretreat he too suspected Erdogan to have staged the coup. He said he was opposed to coups, having suffered personally at the hands of the military. “Turkeycannot go back on Democracy”, he added grandly.

Interesting parallel: after Russia intervened decisively to back up the Assad régime against Daesh/ISIS inSyria, Erdogan accused theUSof leavingTurkeyin the lurch – one reason perhaps of his rapprochement with Putin. Similarly, Daesh/ISIS turned againstTurkeyand other NATO countries, includingFrance, for their betrayal of the cause of the “Levant Caliphate” afterRussiastepped in…

The official toll of the coup attempt rose yesterday to 265 killed and 1.400 wounded. Rescued by the courageous mobilization of his supporters, predominantly young males, in the streets ofIstanbulandAnkara, Erdogan is set to re-launch his agendas of president-dictator-sultan on the Saudi model and of neo-ottoman expansionism inCentral Asiaand the Arab countries. He is only 35-40 MPs short of the majority needed to pass his supreme-presidency constitutional reform – but his triumph over the true-false coup gives him a free hand to push for one-man rule, with a cowed and tamed military in tow.

Neo-Con warmongers who run the US/EU/NATO Empire’s military combine, and who are charting a warpath againstRussiafor the post-Obama administration, would have applauded to see the back of Erdogan after he reconciled with Putin and began looking East towardsEurasia. But the coup attempt was too amateurish and improvised to have been a NATO Hawk operation, according to many observers. This does not preclude that NATO political Doves may have colluded in Erdogan’s “coup” mise-en-scène… Eclipse of the Turkish Left

In all of this brown and grey theatre, the Turkish Left is conspicuously absent. The Left these days is in alliance with the Kurds in the People’s Democracy Party (HDP). But from the June to the November 2015 parliamentary elections, the HDP lost more than half of its MPs (dropping from 80 to 30), while the AKP regained its absolute majority with 325 of the 550 seats in Parliament.

This bad drama of desperation has eclipsed, momentarily one hopes, theTurkeyof writers like Nazim Hikmet, Yasar Kemal, Sabahattin Ali, Elif Shafak, of film-makers like Yilmaz Güney, Semih Kaplanoglu, Nuri Bilgi Ceyhan, Orhan Eskikoy, or even of political leaders like Bulent Ecevit.Turkeyis polarized not just between civilians and the military, but also between secularists and islamists. The 99% versus the 1% polarization seems late in coming. The Turkish Left continues to smoulder under the ashes.