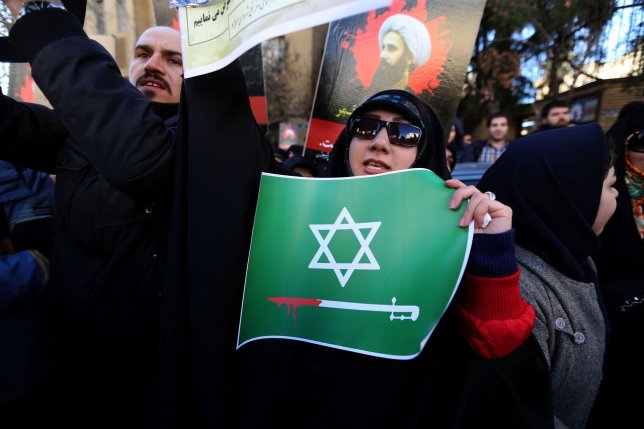 Shia in Saudi Arabia: A History of Discrimination, Oppression

The relationship between Saudi Sunni and Shia has always been characterized by conflict. Shia Muslims in Saudi Arabia are a minority group that account for 10 to 15 percent of the population in a mainly Sunni country. The Shia communities in Saudi Arabia are mostly concentrated in the Eastern Province, where the population is estimated at 33 per cent.

Since the 1980s, the nature of the conflict transition from military confrontation to the Saudi Shia’s movement for equal rights and affirmation of their culture. (Al Rasheed 1998). Saudi Shias are working establish their community in a Sunni society that punishes their religious expression, limits their political participation and civil liberties, and deprives them of economically prosperity (Al Rasheed 1998).

The Sunni government has imposed multiple constraints on the Shia community. It is very difficult to obtain a license for a Shia mosque, and the Ministry of Islamic Affairs does not fund Shia clerics. Various Shia religious practices are often forbidden and punished, such as the celebration of Maulid Al-Nabi or Ashura. Shia religious expression has to fall within the limits of Sunni interpretation of Islam, and must be celebrated accordingly.

Saudi Shias are underrepresented in court rulings, government departments and agencies, administrations, public universities and schools, police departments, and in most Saudi industries. A glass ceiling exists for Shias in every sector of Saudi Arabia.

The Sunni and Shia conflict is embedded in Saudi Arabia’s social and religious norms. The Freedom House’s Center for Religious Freedom analyzed multiple textbooks from the Saudi Ministry of Education used in Islamic studies for elementary and secondary students. The report concludes that the textbooks “promote an ideology of hatred toward people, including Muslims, who do not subscribe to the Wahhabi sect of Islam,” the foundation of the state’s political and social ideology.

The Saudi government denies the validity of this report. Abdel al-Jubeir, a Saudi Embassy spokesman, told The Freedom House that “we have reviewed our educational curriculums. We have removed materials that are inciteful or intolerant towards people of other faiths.”

Ironically, Saudi Arabia calls on the international community to criminalize any act or symbolic discrimination against Islam. The government has called upon various Western Head of States, cartoonists, and journalists to curb any representation and mockery of Islam while continuing to systematically discriminate against fellow Muslims and other non-Muslims.

Both Sunni and Shia Muslims share the same five pillars of Islam, the Hajj pilgrimage to Mecca and Medina, Ramadan, the prayer, Chahada, and Zakat. However, Saudia Arabia has forbidden Shia Muslims to perform the sacred Hajj pilgrimage. Starting in 2015, Shia had to complete an application to perform the Hajj and identify themselves as Sunni or Shia. If individuals refused to identify, they were not allowed in Mecca. In 2016 and following the tension between Iran and Saudi Arabia, both countries have failed to negotiate an agreement regarding the pilgrimage of Shia Iranians to the Hajj in Mecca. The tension between Sunni and Shia has led to the politicization of the holiest cities for Muslims.

The 2016 Islamic pilgrimage was the target of a suicide bomber, killing four security officer in Medina. This attack took place after two other suicide attacks in Saudi Arabia; one near the US embassy in Jeddah, the other outside a Shia mosque in Qatif. Earlier that year, another attack targeted a Shia mosque in Al-Ahsa and killed four people, injuring 18 others. ISIL claimed responsibility for these attacks and has continued to target Shia communities across the Middle East.

Violence towards Shia Muslims across the Middle East has intensified since the Iranian revolution in 1979 and the American invasion of Iraq in 2003 — where 66 per cent of the population is Shia — and the 2010 Arab Spring.

The Iranian Revolution led to the creation of a strong Shia nation, influencing other Shia communities across the Middle East. In Iraq, the State of Law Coalition, a Shia political party, came to power and won a parliamentary majority in the face of Sunni political and military power. The Arab Spring further intensified conflicts between Sunni and Shia in countries like Syria, Bahrain, and Saudi Arabia. These victories have reinforced the Shia Crescent between Iran, Iraq, Alawite-dominated Syria, and the Shia group Hezbollah in Lebanon, and have also emphasized the presence of Shia minorities in Kuwait, Yemen, Turkey, Afghanistan, Pakistan and India.

The Shia Crescent and Iran’s growing political influence, however, threatened the statute of Saudi Arabia as the great power in the region and multiplied religious clashes within Saudi Arabia.

In 2009, the tension between Sunni and Shia communities intensified. The year was marked by conflict between Shia pilgrims and Saudi religious police in Medina, by arbitrary arrests of Shia protesters, arrests of religious leaders in Ahsa’, and the closing of Shia communal space for payers in Khobar.

The Journal Global Security affirms that, from 2010 to 2015, around 27 Saudi Shia were killed and 200 were injured as a result of sectarian clashes. 2016 already witnessed multiple terrorist attacks on Shia communities around the Middle East, and the intensification of a Cold War between Iran and Saudi Arabia.

Al-Nimr was the main figure of the opposition movement in the Saudi Easter Province and allied himself with Iran. In 2011, inspired by the Arab Spring uprisings, Al-Nimr encouraged Shia protest in Saudi Arabia and demanded equal rights for Shia communities. Saudi security forces retaliated by shooting and killing over 25 young Shia protesters. His execution led to protests in Tehran, and harsher diplomatic tensions between the two countries after the Saudi Embassy was set on fire in Iran.

Shia communities are the first targets of attacks across the Middle East, and dozens are killed every month in Syria, Iraq, or Afghanistan. Saudi Arabia has created a dangerous situation for Shia Muslim within its territory. But ISIL’s recent attacks on Shia mosques is new territory for Saudi Arabia: whither the security measures protect Shia communities within the Saudi territory against foreign attacks? Amnesty International calls upon Saudi Arabia for the protection of their Shia minority: “the Saudi Arabian authorities must take immediate steps to protect the country’s Shia Muslim minority from sectarian violence and put an end to decades of systematic discrimination”.

The Deputy Director at Amnesty International’s Middle East and North Africa Programme reported to Amnesty International that “unless the Saudi Arabian authorities are transparent about the investigations they are carrying out into these atrocities, and unless they take serious and effective steps to end discrimination and advocacy of hatred against the Shia, it will fuel perceptions that they are looking the other way while sectarian tensions and violence against Shia intensify”.