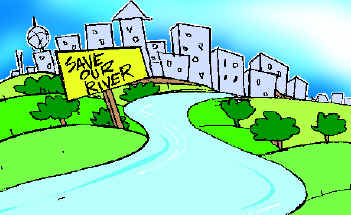 A March For Our Rivers And Against Pipelines

Stop oléoduc Outaouais (Outaouais against the pipeline) is organizing a march to protect our rivers and the climate, starting on August 14, in Saint-André d’Argenteuil, a small town approximately 80km from downtown Montreal.

The Energy East project is the most ambitious pipeline project in North America. Its goal is to bring oil from the Tar Sands of Alberta to global markets by way of a port in New Brunswick. The Trans Canada Corporation is hoping to have it authorized by the Canadian government by 2018, in order to start using it to transport 1.1 barrels of oil every day by 2020 and until 2060.

This project is clearly contrary to the commitments made by the Canadian government at the Paris conference on climate change. A conservative estimate is that it would generate as much green house gas as 7 million additional cars on our roads. Its 4400 km route also threatens the drinking water of millions of people.

Contrary to the incessant propaganda produced by the Trans Canada communications team, this project would in no way reduce the transport of oil by train or ship. The Tar Sands industry is hoping to expand its total production threefold over the next few years and to bring that product to markets by all means necessary.

The current Liberal government of Canada is clearly leaning towards approval, and is trying to build “social acceptability” through “consultations” and the rhetoric of carbon protectionism (reducing our dependence on foreign oil). But opposition is very strong, especially among First Nations and in many communities where the pipeline would pass.

There is a vibrant grassroots movement all over Québec fighting against this type of project, including natural gas fracking and drilling for oil in the Golf of Saint-Laurence. A new local group formed this spring in the Outaouais region of Québec (the city of Gatineau and surrounding areas) to oppose the Energy East pipeline specifically.

For the march, participants will walk 122 km over seven days (or part of it), going along the Québec side of the Outaouais (or Ottawa) river and ending at the Canadian Parliament in the city of Ottawa on the afternoon of August 20th.

We hope that some of the people attending the World Social Forum will participate in the launch of the march, from 9 to 10 am on August 14th in Saint-André d’Argenteuil. We are still working out transportation from Montreal, but it should be available. If you are interested in this event or want to know more about it, please contact us by writing at stopoleoduc.outaouais@gmail.com. You can also follow us on Twitter @StopOleoducO. Please visit our webpage www.stopoleoduc.org/outaouais/, especially if you want to participate in the march itself. There you will find a registration form and other practical information.

Hope to see you at the WSF and at the launch of the march!

Benoit Renaud is the Spokesperson for Stop oléoduc Outaouais