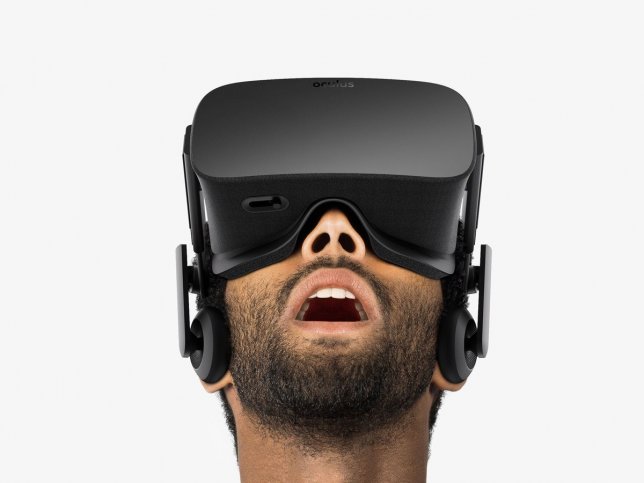 In Defence of Sympathy: VR, Empathy, and Real-World Storytelling

From July 15th to 17th, TIFF Bell Lightbox showcased a virtual reality (VR) exhibition entitled POP 02: VR + Empathy + Real-World Storytelling. It was the second in a three-part immersive media pop-up installation series, which culminates with a forth at Canada’s Toronto International Film Festival (TIFF). POP 02 took as its locus VR’s potentiality in the documentary genre.

“For POP 02 we were looking for projects and experiences that leveraged the power of VR to place viewers in the scene of an event or in the middle of a time, space and place to engage with them emotionally,” said Jody Sugrue, Director of Digital Studio at TIFF, in an email to Alternatives. My experience of the exhibition evoked a complicated emotionality indeed.

Within a matter of minutes, POP 02 transported me from the prosaic normalcies of a twelve-year-old Syrian refugee’s daily routine in the Zaatari camp in Jordan in Gabo Arora and Chris Milk’s “Clouds over Sidra” (2015), to a US penitentiary in the Guardian News & Media’s “6x9: A Virtual Experience of Solitary Confinement” (2016) where I myself was the inmate faced with the psychological torment utilized by the contemporary prison industrial complex.

Next, I found myself in the separate living rooms of two grieving mothers palming a portrait of each respective dead child. The first home was along Canada’s Highway 16 where nine indigenous women have gone missing or were found murdered in a 17 year period, an incidence explored in CBC Radio’s The Current and Secret Location’s world premiere of “Highway of Tears” (2016). The second in the Gaza Strip, where crumbling infrastructure reminds of the perilous existence of occupied Palestinian life in “My Mother’s Wings” (2016) by Gabo Arora and Ari Palitz.

In both instances, I had to break the mothers’ gaze to relieve my discomfort, turning instead to the domestic intimacies of their living quarters. Each time I looked away, I faced failure as the focus in the room wouldn’t shift from the foreground to the background, or the wall began to warp as I swivelled in my lounge chair. I was instantly reminded that I was in a gallery, watching cinema, despite the absence of the screen.

I found my VR experience to be profoundly disturbing, but not in the way one might imagine. None of these stories were particularly new to me. Yet, what was revealed in the moments of formal rupture was a frightening voyeurism. For the first time, I was not engaging with these narratives for information, I was participating in them for entertainment.

When I asked Surgue about the decision to recall ‘empathy’ in the titling of the exhibit, she explained that “one of the things that VR does really well is create an amplified sense of empathy. It takes the viewer into a space they might not ordinarily find themselves and creates a stronger connection that they can feel rather than simply reading it in a headline.” Although I agree with Surgue’s evaluation of VR’s affective potential, is all empathy inherently good? Why is it that I need more than a headline to register another’s suffering? Why must I, the privileged gallery goer, directly experience a marginalized condition – beit displacement, incarceration, colonization, or annexation – to believe it worthy of change?

These questions alert us to some futuristic concerns of a now burgeoning cinematic form, which takes visual immersion as its mode of aestheticization. However, immersion is not new to the realm of politicized art practice. Mexican artist Teresa Margolles has built a career on submerging her audience within the traces of political struggle. In her piece “En el Aire” (2003), Margolles use humidifiers to vaporize the water used to wash the anonymous women’s corpses claimed in the Mexican Cartel conflict, filling the gallery with a heavy residue of murder ignored. The marginalized bodies of these dead women literally become a part of the gallery goer as the women claimed by political corruption and inequity settle in the viewer’s lungs and coalesce in dewy beads on the skin. Of Margolles work, Feminist media scholar and art critic Krista Lynes writes that “the intimate proximity of bodily fluids in the gallery space demands response and accountability across transnational dimensions of social life.” In their experience of visceral repulsion conjured by “En el Aire”, the (Western) viewer is made complicit and thus culpable for these women’s deaths. It is here that the call to response and accountability in Margolles work differs from that of VR: where “En el Aire” implicates the gallery goer in the contested space of Mexico and its American border, the works presented at POP 02 offer a participatory immersion that promised a empathetic orientation exonerating any associative guilt, which paradoxically produces a distance between the viewer and those “out there” actually experiencing political conflict. Human rights violations are made palpable, and bleeding-heart lefties use their appreciate for the arts to feign belief that they understand.

By erasing the screen, VR gives the illusion of empathy. But empathy is relational, empathy is mutual. When I sit with a grieving mother produced by the bulky headset I’ve donned, it is easy to believe that a relationality is there between us. However, true mutuality doesn’t exist in the gallery. It can’t exist until it manifests in my vote, my spending, and my activism. Sympathy gets a bad wrap; we’re taught to conflate it with pity. But these two words are not synonyms. Sympathy is what’s at stake when we can never truly understand the positionality of the other, but we are compassionate, we are trying to comprehend, and we are turning this thought into action. All hope is not lost for the ethical use of VR in documentary practice, but perhaps it’s potential is merely sympathetic.

Following the precedent set by Margolles, TIFF too has announced programming for 2017 that forwards tactical immersion in Indigenous art practice. While POP 02 raised some productive queries, a recently announced VR exhibition entitled 2167 seems highly promising. As Canada celebrates its 150th colonial birthday, TIFF has teamed up with imagineNATIVE, Pinnguaq, and Initiative for Indigenous Futures to invite six Indigenous artists to create a VR project set 150 years into the future. Contrasted to the journalistic project “Highway of Tears” mentioned earlier, which posits the viewer as an empathetic character in the colonial violence that has resulted in the present epidemic of missing and murdered Indigenous women in Canada, the Indigenous futurities of 2167 creates space to dislocate the centrality of the settler viewer in an immersive political imaginary of the future. Sympathetic viewing should not aim to explicate the other, rather it should challenge the viewer’s conception of the self.

POP 03: VR + Experimental Film will be on display at TIFF Bell Lightbox from August 19 to 21, 2016, and check out the Toronto International Film Festival from September 8 to 18th for more POP VR. 2167 is scheduled to debut the the TIFF Bell Lightbox in June 2017 and at imagineNATIVE Film and Media Festival in October 2017.