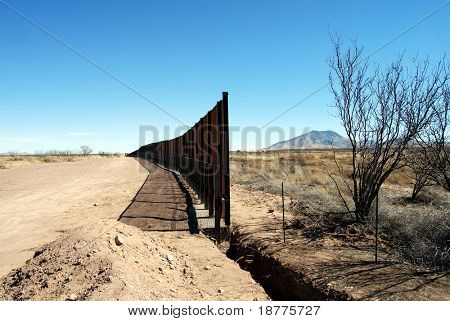 The subcontinent of South Asia was divided in 1946 during the process of decolonization from British control, in an event called the Partition. Mass migrations followed Partition, whereby 6 million Muslims moved to Pakistan and 5 million Hindus and Sikhs migrated from Pakistan to India. South Asia, formerly known as a unified India, was thus split into separate nations. In the past fifty years, each country has developed an individual legal framework and political structure, as well as (though perhaps not as thoroughly as the states might hope) a national identity. Despite rapid development, each country in the region still faces issues of unemployment, poverty, and political distress. These issues, coupled with capitalist market flows, are the sources of migration patterns of millions each year moving throughout the region. Regional cooperation to ease migration barriers and develop legal framework to protect labour rights are two key ways that South Asian nations can work together to alleviate persisting political tension, underdevelopment, and poverty. Regional solidarity ought to ease migration-induced crises.

South Asians often migrate for economic purposes, moving from areas with employment shortages to regions with labour shortages. With a formal labour force of upwards of 650 million, regional migration is crucial; it transports labourers to places with jobs. When the Gulf States’ economies boomed with oil revenue in the 1980s, a massive influx of semi-skilled and unskilled workers from the state of Kerala, India followed. The market in Kerala opened for migrants from other parts in India to move there in response to its subsequent labour shortage.

Migration resulting from urbanization is often dominated by semi-skilled and low-skilled labourers such as construction workers and female domestic workers. Such uneducated workers are vulnerable to exploitation. The lack of protective and efficient legal systems exposes these unskilled and impoverished populations to enormous exploitation.

Pakistan especially lacks any working labour regulation, and as a result, the nation’s poor suffer systemic labour and human rights violations. Pakistan has a labour force of 66 million and a population estimated at 200 million, but according to the International Labour Organization, the country has between 10-12 million labourers stuck in a modern form of slavery known as debt bondage. This bonded labour system results from a debt agreement wherein the landlord gives a loan to a worker. The structure of such agreements is such that workers are rarely capable of servicing the debt, and accrue massive interest value. Debt accumulates far too quickly to be paid off, even with nonstop work. Half a million of these bonded labourers, which include young children, are working in brick kilns — there are 6,000 in Pakistan, 5,000 of which are in the Punjab province. Bonded labour is illegal according to the labour regulation framework laid out in the Constitution of Pakistan, however the rules are not enforced so the wealthy brick kiln owners can bypass the laws; they also use violence and intimidation factors to scare the workers and keep them enslaved.

Bonded labour in Pakistan was recently exposed to a Western audience through the photos of the famous Humans of New York photographer Brandon Stanton. He showcased the efforts of activist Syeda Ghulam Fatimam who founded the Bonded Labour Liberation Front in Lahore, and works to end bonded labour in Pakistan. A few days after his photos of bonded labourers and the story of Fatima’s efforts were released, Humans of New York’s international following (which is over 14.8 million viewers) raised over 2 million dollars in online donation to “end bonded labour”. However, this systemic problem is not easily solved with charitable foreign aid. The solution lies in Pakistani activist groups like the Bonded Labour Liberation Front. The Bonded Labour Liberation Front pressures the Pakistani government to enforce the Bonded Labour System (Abolition) Act of 1992, enforce a minimum wage for brick kiln workers, and generate alternative employment opportunities. The government must acknowledge the brick kiln workers as Pakistani citizens (even if they don’t hold a birth certificate or proper papers) and provide education and economic rights for these vulnerable communities.

Migration to a better economic climate could be seen as a solution to the poor working conditions and poverty experienced in Pakistan. However, despite an article in the Pakistani Constitution that gives every citizen the right to move freely throughout Pakistan and settle anywhere, the migration process is arduous, non-transparent and largely unaffordable for the families in debt bondage. Many immigrants would have to accept poor working conditions again in their new location just to recover what they paid for the move. It’s no easier to emigrate to India to escape a bad economic situation in Pakistan. With continued religious and political violence along the Indian-Pakistani border, there are limited locations to legally cross and procure the proper paperwork to be supported by the government. The so-called ‘lagging regions’ of South Asia with the highest rates of poverty are the landlocked regions near the Indian and Pakistani national borders, which reiterates the need for regional cooperation to facilitate helpful trade and movement and stimulate these area’s economies.

Each national border in South Asia reflects divergent political relationships. The Pakistan-Afghanistan border, for example, is not regulated like the Pakistan-Indian border. Rather, a network of ethnic groups facilitates the crossing process on terms that seek to transcend national borders. This system has allowed millions of Afghan refugees to seek political asylum in Pakistan (the country with the most refugees in South Asia). Many have been able to return, but still around three million remain in Pakistan.

Whereas many Afghans migrate to Pakistan, many Nepalese and Bangladeshis also migrate to India. The Indian government quotes millions of undocumented Bangladeshis in India, which is denied by the Bangladesh government, a contentious issue between the countries. The Nepalese, however can freely come into India without documentation due to The Nepal India Friendship Treaty of 1950, which allowed the free movement of trade and people between the countries. This treaty has not only maintained a relatively peaceful border, but creates opportunities for development. The World Bank is proposing a power transmission line to be built across the Nepal/India border, which could utilize Nepal’s hydroelectric potential to create power and alleviate electricity shortages in both countries.

South Asian borders will continue to be contested. However, when regulated, migration can bolster economic development and help eradicate the violent legacy of Partition. Beyond alleviating border tensions and restrictions, there is a need for state intervention all across South Asia to provide regulatory institutions so the entire subcontinent’s labour market can work for its people.