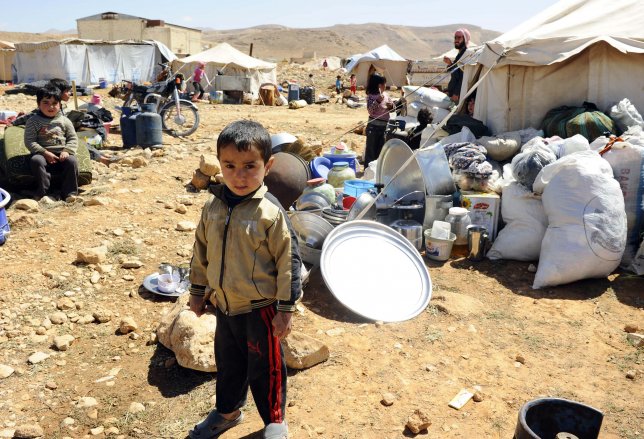 Civil Society In Times Of (De)Fences: On-The-Ground At The Hungarian-Serbian Border

In Hungary, a fence has been built. One day before the opening of the second meeting of the Regional Academy on the United Nations (RAUN) in Szeged, a city located close to the Hungarian-Serbian Border, the fence had been completed and the border de facto closed. Two additional fences have been announced, and state leaders continue to open and close borders hourly. Röszke, a small town between Szeged and the border, became the main stage upon which Europe would witness the refugee tragedy. Thousands of refugees: women, men, children, young and old, mostly fleeing the Syrian crisis, flocked to Europe’s gates. The doors opened, only to be promptly slammed in their faces. On September 14th, an emergency meeting of European Interior Ministers resulted in no consensus –not even a joint public statement. On September 22nd, the second interior ministers met and agreed to draft the planning of a quota system to relocate 120,000 refugees. The insufficiency, and probable inefficiency, of this system, along with the resistance of state leaders from Romania, Slovakia, Hungary, and the Czech Republic, is no match for the gravity of the escalating crisis.

In the meantime, however, European civil society seems to have reached a general consensus: “refugees are welcome”. International press coverage has brought to our attention initiatives, mostly in Austria and Germany (key passages and destination countries in this improvised, ever-changing emergency response), where Europeans greet refugees at train stations, welcome children with toys and blankets. People high-five refugees upon arrival, sing to welcome them and assist them in a variety of ways, ranging from addressing their basic needs to knitting hats and scarves with and for refugees at train stations. Just as the state orders to block refugees from crossing the border proceeded swiftly and effectively, engaged individuals and groups have swiftly and effectively organised to relocate the refugees. The Vienna-based organisation SOS Röszke (in the meantime renamed SOSkonvoi) has been assisting with the provision of basic needs and support on the Hungarian side of the border for the past 2 weeks, as informed by one of our team members, Nicholas Lieb, who has been actively volunteering with the organization.

Upon our arrival in Szeged, we found a wooden kiosk from MigSzol outside of the railway station. MigSzol is a Hungarian organisation based in Budapest that, since 2012, has worked to build solidarity with migrants. As of June this year, a number of Szeged-based grassroots organisations have united under the MigSzol name to effectively respond to the urgency of the situation. Improvised informative panels covered the inside and outside walls of MigSzol’s kiosk, providing information about refugee rights, departure times of trains to Germany and Austria, where to access healthcare, and other crucial information.

The committed volunteers of Szeged and elsewhere have been working for 3 months, 24 hours a day, to keep this booth up and running. MigSzol took their initiative to the mayor of Szeged, from whom they received permission to expand and continue their work, as well as access to a water supply. Not long after establishing its presence, supplies began to arrive and volunteers signed up. In Budapest, however, the local government was not as cooperative. Despite this, Migszol organised language classes and events in Budapest to raise awareness, and recorded refugees’ testimonies to integrate their experiences into the public debates.

Overnight on Monday, the situation changed: the Hungarian-Serbian border was closed. Supplies stored in Szeged and elsewhere were now needed on the other side of the fence, in Serbia. Unfortunately, attempts to transport supplies and aid were thwarted. Now, those seeking to cross the border, even with supplies for humanitarian work, and even by workers of the United Nations’ Agency for Refugees (UNHCR), were impeded and, when allowed, goods were subjected to customs. Items such as water, food, and clothes were not allowed. The efforts of individuals continued. Supplies donated by individuals, not state institutions, continued to arrive in Szeged and Röszke where storage space needed to be improvised. Several hundreds of volunteers have worked over the past few weeks with MigSzol and SOS Röszke. Engaged people are relocating now to the Croatian-Serbian border where refugees are being redirected.

In the midst of these events we were holding the second session of the Regional Academy on the United Nations at the University of Szeged. The director of this public university made an official call to all university academics and staff to donate goods, money, but more importantly: their skills. Language skills for interpretation, coordination, health experts, and logistics, all of these were requested and provided.

As the crisis developed, we were taking part in RAUN at the University of Szeged, debating and discussing contentious political issues such as child soldiers, Europe’s asylum policy, return programs, anti-radicalization, human trafficking, and border securitization. We know our task as young scholars is to be critical, to analyze, to engage with and to question theory. It is also our task, however, to connect this theoretical enterprise to developments in direct action initiatives; to engage our minds, hearts, and hands in all things human. Analyzing policies and social developments, understanding strengths and weaknesses, challenges and opportunities on a theoretical level is crucial, but let us not forget to recognize, act, and engage against injustice, especially as it unfolds before our eyes. The presence of a fence and of thousands of people seeking safety is only 20 minutes away, and we will not forget it.