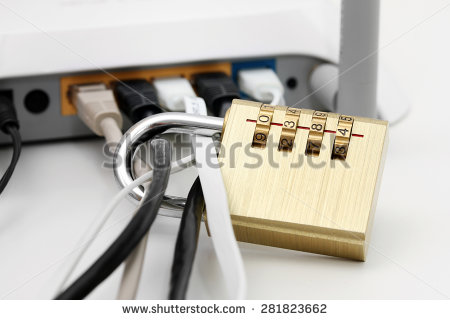 Freedom of Expression in the Age of the Internet

As we partake in this era of expansive technological advancement, the invention of the Internet has changed nearly every aspect of the way that we live our lives. The Internet has completely revolutionized mass communication, and the status of journalism remains in flux in the wake of this radical transformation. It has become increasingly difficult for any one specific group (political, religious, economic, etc.) to censor the spread of information and opinions. Yet freedom of speech remains a cause for which people give and lose their lives.

The interplay of journalism and politics has always been complex, and maintaining a balanced and objective journalism in the face of pressure from influential actors in society has always been one of the greatest struggles that journalists must face. Powerful political, social, and economic actors have often tried to use journalists to their advantage, hoping to promote their specific interests. For instance, in the past year in Canada, Bell Media President Kevin Crull has been accused of using his corporate influence over CTV in order to prevent the Telecommunications Commission chairman Jean-Pierre Blais from receiving airtime. This controversy ensued after a CRTC ruling that required broadcasters to provide a low-cost package to customers.

In India, political groups like the BJP have been known to use their influence over newspapers to print stories from a perspective that promotes their goals, often involving anti-Muslim rhetoric. Political and social power, as well as scare tactics, harassment, death threats, and violence are an unfortunate reality that journalists have had to face throughout history across the globe. These are the headwinds that journalists must struggle against in order to expose the truths that can help society reform and progress. As the scope of journalism expands, Internet bloggers are now faced with the same dangerous realities of heavy-handed reactions against the free exchange of ideas.

Although freedom of expression is considered a fundamental right under the Declaration of Human Rights, recently many governments have had adverse responses, not only to free access of information on the internet, but also to the expression of dissenting opinions through mass media. The open architecture of the Internet inherently resists tight controls on freedom of expression; however, this has not prevented governments and other groups from harsh reactions to freedom of expression on the Internet. The upper house of parliament in Russia approved a law that imposes regulations on bloggers and users of mass media in an attempt to increase control of online content. China has also increased censorship of mass media by closing down 16 websites. Users of mass media, in both China and Russia, must now provide personal information to the government oversight agencies regarding online communication. The Chinese and Russian governments have deemed the proliferation of opinions, rumors, and certain kinds of information as threatening to public order and social stability.

Sensationalist journalism can certainly pose a threat to public order and social stability, and this is a concern in the age of the Internet, in which the distinction between bloggers and accredited journalists has become increasingly blurred. In the United States during the 1920s, the rampant problem of sensationalist yellow journalism coincided with exposing the inhumane conditions under which poverty stricken citizens were living. In this way, we are forced to ask: which is a greater threat to public order, sensationalism or censorship?

Sensationalism may proliferate fear, but censorship creates it. This government crackdown on users of mass media may have stifling effects on political competition in the countries, as well as exposing social evils like crime and corruption. In parts of Southern Europe, UNESCO reports that journalists and bloggers will avoid certain topics, such as crime and corruption, in order to avoid conflict. Moreover, there is a huge discrepancy between the freedom of expression that government officials are able to safely exercise, and that of journalists whose personal safety is often threatened. Though world leaders join together each year at the United Nations General Assembly where they are able to speak openly, the journalists and bloggers of their countries are not afforded the same platform for free expression without potential repercussion. In Mexico, PEN reports that at least 67 print and Internet journalists, bloggers, and writers have been murdered since 2004. In 90 percent of cases, there have been no convictions. Mayan journalist, Pedro Canché, was imprisoned for 271 days on charges of sabotage in relation to protests regarding rising water bills, though he was not involved in any of the protests in question. After his release, Quintana Roo Governor Roberto Borge Angulo proposed legislation, which was later passed by the state legislature, that allows the government to decide who is and who is not a journalist. This law prevents freelance journalists and bloggers from receiving protection in case of emergency. The Governor also refused to acknowledge Canché’s role as a journalist, despite his work for Mexican news agencies, radio stations, and a notable website called Animal Politico. As the status of journalism expands to new platforms of mass communication, like the Internet, it seems that the security of journalists has become increasingly threatened. In Saudi Arabia, the prominent liberal blogger, Raif Badawi, was sentenced to 1, 000 lashes and ten years imprisonment for criticizing Saudi clerics. That was back in 2012, and since then the reaction against freedom of expression on the Internet has escalated in severity.

Earlier this year, three prominent secular bloggers, Avijit Roy, Ananta Bijoy Das, and Washiqur Rahman Babu, were all brutally murdered in Bangladesh within the span of a few months. Prior to his death, Ananta Das had reportedly received death threats and his name appeared in two assassination lists in Bangladeshi media. Das and Roy were both secular bloggers and close friends, brutally murdered within the span of two months. Ananta Bijoy Das criticized religious intolerance in his blogs, and his writings were deemed blasphemous by extremists and militant Islamists. Das was surrounded and killed by a masked gang with machetes. Avijit Roy, his fellow blogger, was killed in a similarly brutal attack. A militant Islamist group has reportedly claimed responsibility for the attack of Roy. Despite arrests, no one has officially been charged with these murders. Freedom of expression is a fundamental right under Bangladesh’s constitution; however, these bloggers were brutally murdered in the streets near universities and even near their own homes. The response from the Bangladeshi government has been indifferent, despite its constitutional commitment to protect freedom of expression. Simply declaring that freedom of speech is a fundamental right does not secure the lives of those who write and share their opinions on controversial issues. The globally accessible platform for mass communication that the Internet provides has enabled the free exchange of ideas to foster. Yet the sword continues to attempt to silence the pen with scare tactics and violence.

Tactics of harassment and violence against journalists and bloggers lead to increased self-censorship, though some brave bloggers continue to exercise the right to freedom of expression despite the potentially disastrous consequences. A multiplicity of voices and the coexistence of differing opinions always run the risk of engendering conflict, whether it be a legislative battle against censorship or the struggle to survive in an environment that seeks to silence. Yet it is the most controversial topics, like religious intolerance and government corruption, that most desperately demand the right to freedom of expression. It is not the expression of an idea that is most dangerous, but its suppression that has the most adverse effects on societal ills. It is through revealing the most controversial and the most difficult aspects of a society that enable a society to progress. To stifle the exchange of ideas through mass communication is not to protect public order, but it is to stagnate society. Silence cannot be commensurate to peace.