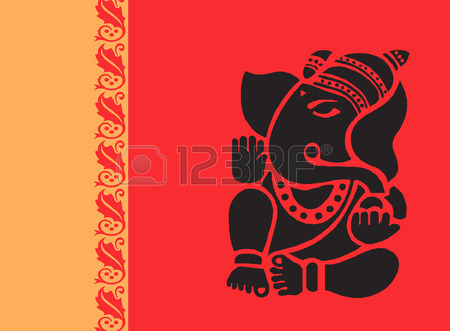 Of Mermaids Singing Each to Each

In a contested Greek legend, Phryne was publicly disrobed during her trial for alleged impiety. The jurors were outraged by her condition and declared her innocent. In another Greek story, the Trojan prince Paris abducted Helen, wife of the king of Sparta, which led to an epic war between the legendary men.

The Greeks today are not seeking to pass mythology for fact. They happily regard their ancient legends with high esteem as part of a lovely heritage. Greek men and women are instead searching for policies that may help their people overcome challenges of a failing market economy.

Disrobing and abducting women was as despicable an act in ancient times as it is today. The outrages were perpetrated in the past in a range of cultures riding written and oral traditions. India has had its share of such ancient stories and beliefs, a few of which seem to be reincarnated in harrowing realities, an overwhelming majority of the targets being Dalit women.

When stories of Ramayana and Mahabharata were telecast on Indian channels, armies of TV watchers in Lahore gathered around their sets, riveted to the narratives of valour and high sentence, even if they were occasionally obtuse. Ergo: a good story is one with universal appeal.

I once quizzed a taxi driver in Beijing about the picture of Mao Zedong on his windscreen. He said it brought him good luck, and that was that. Mao is officially a human hero but not quite deserving of blind faith. At least the state doesn’t encourage the mumbo-jumbo.

Turn to South Asia’s west. Decades before the ruler of Abu Dhabi invited Prime Minister Modi to build a Hindu temple in his Muslim state, Egypt’s president Nasser had blessed the ancient Pharaonic temple of Ramses II at Abu Simbel. The magnificent structure has been relocated to its present position to save the monument’s imminent submergence in the lake that came with the building of the Aswan Dam.

If the breathtaking building hewn in stone was a miracle, it was a miracle of ancient science. For most of the year, its inner sanctum is shrouded in darkness. On two days only a shaft of sunlight pierces the gloom, illuminating statues of gods and the king. Only the god of darkness, Ptah, remains in the shadow though he sits in the same row with others. It is unlikely that Ptah or any other ancient deity is worshipped today, but president Nasser left a touching note, which is engraved on the plaque of the 3,500 years old structure. “We thank the most Beneficent and Merciful Allah for this treasure of our heritage.” Advocates of the so-called Islamic State would have slaughtered Nasser.

To stay with the inclusive Arab tradition, let’s remember that a Hindu temple in Abu Dhabi is nothing to shout about from the rooftops. A very busy Hindu temple has existed in Dubai for at least half a century. Not just temples, there are churches in the Gulf and there will be synagogues too alongside the mosques, only if all goes well. In fact the only bit of zealotry that occurred during my stay in Dubai decades ago came from Indians, Muslim Indians from Kerala.

They had found jobs in the Islamic affairs ministry to everyone’s suffering. Tearing up newspapers and banning school textbooks for puerile reasons was their pastime. One book was proscribed when the vigilantes objected to a popular nursery poem — Three little pigs went to town. Therefore, I am particularly happy to see a new Hindu temple coming up in the Emirates even if a chest-thumping miracle man with a 56-inch chest takes credit for it.

What does this tell us about the Indian leader though? In the old days, Indian embassies would promote their country with books and films about its diverse cultures, and religions —pictures of mediaeval mosques, ancient churches, gurdwaras, magical temples and ancient synagogues. Today, the government promotes Ramayana and Geeta with foreigners. Worse, it bans works on the rich lore more objectively researched by Wendy Doniger and other scholars.

When Professor Romila Thapar spoke about the questioning spirit of early intellectuals in a celebrated lecture last year, the historian reminded her listeners in an overcrowded hall that Socrates in Europe and Buddha in India, though contemporaries, met with different fates. Buddha didn’t have to drink poison for holding his beliefs. India’s questioning spirit infused the Charavkas worldview, rooted as it was in empirical knowledge, as opposed to contested Brahminical ritualism. In pre-Mughal India, mystic poet Kabir could berate Hindus and Muslims equally for their bigotry. He was not lynched, far from it. Both communities competed to own him.

So what has gone wrong in India today? Why are men of reason being shot like sitting ducks? Narendra Dabholkar tried to get a law passed in the Maharashtra assembly to prevent the exploitation of people through black magic and superstition. He was shot dead in Pune two years ago. The government passed a short-lived ordinance in his memory.

His rationalist colleague Govind Pansare was murdered during his morning walk in Kolhapur in February. Barely a week ago, Dr M.M. Kalburgi, former vice chancellor at a university in southern India, was gunned down in his house in Bangalore. He was a highly respected social reformer.

When men and women of reason are under attack in India, dubbed by their quarries as enemies of Hinduism — not very different from the brutal killings of rationalists in Bangladesh or the murder of minority rights advocates in Pakistan in the name of Islam — where should we look to find the proverbial silver lining? The prime minister of India is convinced that Lord Ganesh got an elephant’s head as a result of plastic surgery. In which case T.S. Elliot had perhaps missed the point when he heard the mermaids singing each to each. He should have paused to marvel at their human heads.