Home > English > Alternatives International Journal > 2015 > October 2015 > Corruption: A Big Fly In The Ointment Of The Transition 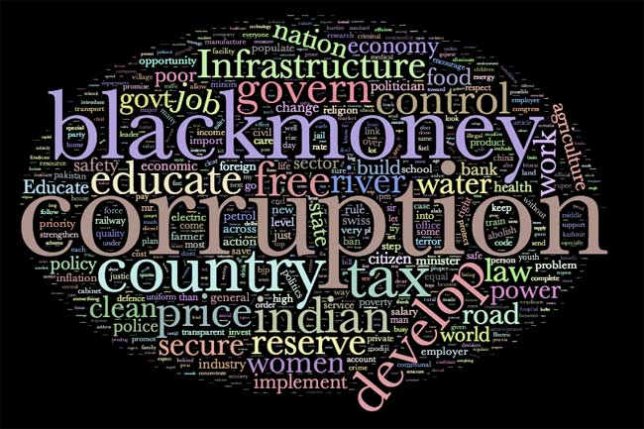 Corruption: A Big Fly In The Ointment Of The Transition

“Democracy is fragile because it doesn’t speak all the truth.” Edgar Morin, Manouba Univesity, Tunis (May 29th, 2015)

While the feel-good memories of the “Arab Spring” slowly fade away in the winter of chaos, marred by all types of religious, sectarian and political violence, Tunisia has stood as the only possible success story, so far. Indeed, its political process has been an exception as it has peacefully achieved a democratic electoral process while other countries in the country region sink into more turmoil: an authoritarian military regime in Egypt, a tragedy in Yemen, an utter chaos in Libya and an open-ended civil war in Syria.

But there are heavy clouds on the horizon of this small country and the revolutionary dream is still out of reach as three major challenges threaten to halt the democratic progress, and to jeopardize the stability of the country:

First, the economic situation is in continual decline and the social imbalance is becoming more and more conspicuous. Continual price increases, rising poverty and the erosion of middle classes have led to mounting social tensions ,drifting sometimes into a tug-of-war game between the government and unions and generating into a total blockage of social services … a more slippery slope ,in the long-run ,than what many people would believe;

Then, the scourge of terrorism, which is no longer confined to mountains and caves, it has now extended to touristic cities, putting in jeopardy the economy of the country and its security. Of course, the increase in terrorist attacks is related mainly to the geopolitical context and to the post-revolution anarchy; the fact remains, however, that many young people ,who saw no change taking place through pacific protest and who gave up all hope in the improvement of their social conditions are vulnerable to violent extremism. Here is the second challenge facing the political and civic elite in Tunisia. Security measures, regardless of their firmness, are not likely to get rid of terrorism since combating terrorism does not only depend on the effectiveness of police control, nor does it only depend on the severity of codes and laws: it depends more on attacking the deep social , economic and cultural roots of the scourge.

The third major concern is corruption: it might be worth reiterating that the tens of thousands of protesters who took to the streets demanding the fall of the regime and the departure of Ben Ali were driven by the exasperation against a family and a system that used repression to plunder the national wealth of the country.

The World Bank itself, after supporting the regime and praising the “competitive economy” while Ben Ali was in power, changed tack and denounced the clan that had manipulated the economic regulations “to reap astonishing profit” (April 3rd,2014, All in the family: state capture)

Most Tunisians think that the situation has worsened after the revolution. “The system that favoured Mr. Ben Ali’s cronies remains largely in place, benefiting other businessmen,” wrote the Economist (July 4th, 2015).

Just as alarming are other reports. The Index of the Corruption Perception, in 2014, showed that Tunisia was ranked 79 among 175 countries, lagging behind Bahrain, Saudi Arabia and Oman. Compared to 2010, we must admit that the country has fallen by 20 ranks. (Transparency International Report, 2014)

In fact, corruption has been fed on the weakening of the state, the absence of the rule of law and the laxity of successive governments, mainly in front of the development of underground economy.

The main idea in Sarah Chayes ’s book "Thieves of the State" is that corruption threatens global security as corrupt governments breed violence. For the writer, fraud, corruption and bribery are not simple moral issues. They’ve got a tremendous economic toll. The core activity of a corrupt government whether with Ben Ali or with Mubarek or any other dictator "was not exercising the functions of the state but rather extracting resources for personal gains." Another legacy of corruption: masterminds of terror, benefiting from the bitterness and anger of the poor classes, take the role of the "moral avengers" who will establish justice and general moral rules. That’s why nowadays governments are losing ground to violent insurgents. In the case of Tunisia, that seems to make sense.

The economic and social crisis, the scourge of terrorism and rampant corruption make up a horrendous threat to the constitutional, political and civic process. If taken lightly, the whole transitional process might be compromised.