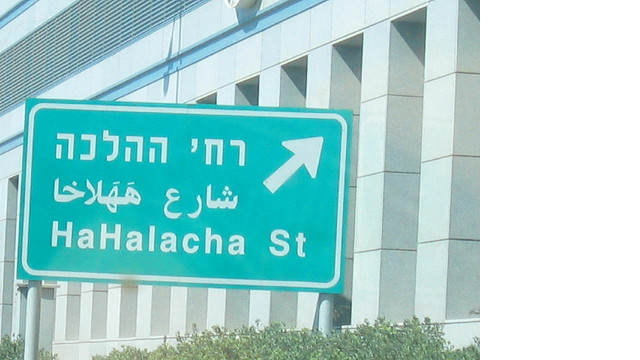 The nation state law currently proposed by the government is yet another signal to Israel’s Palestinian citizens: Israel is for Jews!

Prime Minister Netanyahu and his government are currently promoting the crème de la crème of anti-semitic laws: the definition of Israel as a state of the “Jewish nation”, i.e. the state of Jews of the world and not of its non-Jewish citizens. So Israel is the state of the Jewish Americans and Russians, but not of the residents of Kufr Qassem. The proposed legislation determines the superiority of the Jewish character of the state over the remains of its democratic nature. With this Israel joins those same anti-semitic states or movements that discriminate amongst citizens according to their origins. The slogan of this law, whose meaning is Israel for the Jews!, is strikingly similar to anti-semitic slogans. In France, for example, the central slogan of anti-semitism was France for the French! This loathsome law determines that the right to exercise national self-definition in Israel is unique to those whose mothers are members of the Jewish religion, or those who underwent a religious ceremony to join the Jewish religion. The law determines also that “Eretz Israel”, i.e. Palestine, is solely the historical homeland of the Jewish people. This anti-semitic law does not recognise the fact that this land is the sole homeland of the Palestinians, whose national life was uprooted due to the Israeli takeover.

In the lands of the Mediterranean the corrupt, national regimes which led their peoples from failure to failure were finally recognised as bankrupt, but now arises the netherworld of Islamic reactionary-ism. Such foundations of fundamentalism always represented competitors to the national trends of the regimes that came to power in the region following liberation from colonialism. The Islamic movements are attempting to transform Islam into a factor that will unite the Arab world and seemingly allow it to deal with the historical tasks standing before the weakened states. The ISIS organisation is prominent amongst these foundations.

Precisely to this repulsive and central trend in the “new Middle East” the government of Israel is connecting. Its “winning card” is imposition of the Jewish sharia on the limited Israeli democracy. For the Jewish masses, fed continuous hatred of Arabs, and in the past year poisoned by racist incitement flowing directly from the government, this proposed legislation is clear: this is a Jewish state and because of this, Arabs out! Just like the slogans “Jews out”, which spread throughout Europe in the 1930s.

Indeed, since its establishment, Israel has transmitted to its Arab minority which survived the ethnic cleansing of the 1948 war, that Israel is not its home. The legislation in the heart of matters which discriminates against Arab citizens began immediately after acceptance of Israel as a member of the UN. The political, legislative and legal system since then has created non-stop racist regulations and laws which refer to citizens not according to their deeds, but their origins. The ongoing legislation serves not only the theft and dispossession of the indigenous population, but is also intended to ensure continued supply of a Jewish immigrant population, through the strengthening and empowerment of the most important ally of Zionism, which is none other than international anti-semitism. This supply is also intended to ensure an ever-increasing number of poor people at the bottom of the Jewish society, who will be forced to agree to to harmful employment via employment agencies, for the benefit of those close to the regime.

Since 1949 the intensive legislation of more and more laws discriminating between Jews and Arabs has continued. Each year state institutions automatically extended the amendment to the citizenship law, which prevents reunification of Palestinian families; also legislated was the acceptance committee law, which allows for legal discrimination; the prohibition to commemorate the Naqba law by Arab municipalities; the Prawer plan intended to steal Bedouins’ land; and some fifty additional laws and proposed legislation in only the past seven years which discriminate between Jews and Arabs! (see publications of Adalah: The Legal Center for Arab Minority Rights in Israel). To these, of course, we must add the emergency regulations adopted directly from the British colonialists, and laws related to land and entry into Israel. These are apartheid laws existing for some three generations. What characterises the Israeli discrimination laws is hypocrisy. In contrast to apartheid laws which existed in South Africa, the word Arab, which explicitly refers to the inferior indigenous person, does not appear in Israeli apartheid laws. However, apartheid policy is policy, which refers to people differently only due to their origins, ethnic or national identity, and legislates laws and regulations for implementing this policy. A sequence of such laws is certainly sufficient to define Israel as an apartheid state.

Now, as the crowning jewel the government is promoting the new nation state law. Indeed, through blood and sweat we established a race. Even amongst colonial states, Israel stands out as the sole country in the world which applied its immigration laws to residents of the indigenous nation in the area and transformed them into foreigners. If such is the situation, why does Israeli leadership, which is essentially only the leadership of the Jewish community, bother with this racial law?

The answer is simple, but few understand it: precisely because there is no Jewish people. Zionism tries again and again to build a nation on the basis of religion, i.e. a nation which exists thanks to the Jewish law (sharia) and not due to its holding of the territory of historical Palestine. If Zionism was a national movement, it would build in this land a Palestinian territorial nation whose ethnic or religious elements do not discriminate between the nation’s people. Even if Zionism would recognise the Israeli nation, the citizens of the Israeli territory would be equal citizens and all of the citizens would form a nation. However, Zionism is a reactionary movement, tied to imperialism and representing its watch dog in the region. It therefore requires an imaginary and abstract nation whose members will be willing to kill and be killed for a religion lacking in mercy. Precisely like the horrific soldiers of the Islamic state.