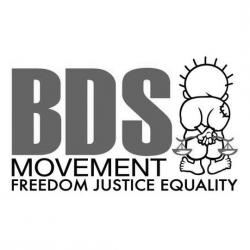 An Interview with Ali Abunimah: BDS and Palestinian Solidarity

Ali Abunimah is a prominent Palestinian-American activist and journalist. Abunimah is the Vice-President on the Board of Directors of the Arab American Action Network, a fellow at the Palestine Centre, and a co-founder of The Electronic Intifada, an independent, not-for-profit, publication that covers the Israel-Palestine conflict from a Palestinian perspective.

The Alternatives International Journal spoke with Abunimah about the international Boycott, Divestment, and Sanctions (BDS) movement and international solidarity for Palestinian struggle in the 21st century.

It is important to see the Canadian parliament’s condemnation of the BDS movement in an international context. This was part of a wave of legislation or resolutions passed by legislative bodies and cities all around the world in Europe and in North America, that were being pushed by Israel itself, by its foreign ministry, and by Israeli lobbyists in particular countries. This is an Israeli campaign, that very openly and explicitly works to delegitimize BDS and criminalize the BDS movement. Canada of course is very much a part of that, so this kind of thing had already been happening on Canadian campuses with efforts to silent Palestine solidarity groups on for some years. The vote in the House of Commons was the culmination of those efforts.

In the Canadian context, it is important to remember that the Harper government had threatened at a certain point to use hate crime laws to criminalize the BDS movement. They eventually backed down but it was also the case that Justin Trudeau, when he was leader of opposition, condemned the BDS movement. This is very much part of an elite consensus as it is in other countries.

It is also important to note that there has been much resistance, which has won some successes. Again, if we look at the broader context, in the United States, there has been anti-BDS legislation in almost half of the states. I think [anti-BDS legislation] has been passed in about 10 or 11 states, but there have been initiatives in 24 states [writer’s note: anti-BDS legislation has been enacted in nine states and at least nine other states are considering anti-BDS legislation this year.] In a number of states we see a strong pushback from the grassroots that’s actually having an effect. In Virginia, New York, Ohio, and California, various legislative measures were either shelved or very severely watered down because of strong pushback from activists. New York’s governor, Andrew Cuomo, introduced an executive order against BDS because they were having difficulty advancing legislation through the legislature.

All of that is a prelude to say that in Ontario, a BDS bill was proposed several weeks ago which was modelled on the New York legislation, very repressive of free speech, and what was really fantastic bout what happened in Ontario, is that as far as I’m aware, this was the first time a BDS bill had been put before a legislature for a full vote and was defeated by a very big margin. That was great, and Ontario really made history there. What was great is that they had introduced the bill in a very stealthy way, with almost no notice to members, no time for a serious debate, and activists in Canada didn’t even know about it. But in a very short time, people mobilized and that bill was really defeated very soundly. So that’s good news, because if they try to bring more serious federal legislation in Canada, what happened in Ontario is a very good precedent: it can be stopped, and [the criminalization of the BDS movement] isn’t inevitable.

The Israeli government is reacting very strongly to the BDS. Is it because BDS is generating a bad image internationally or does it really affect their economy?

Yes, [Israel’s] fear of BDS is very real. Part of it is posturing: they like to exaggerate the threat. But [the BDS movement] is very real and they recognize that.

It’s not just the economy. The economy is a big part of it - but it’s a lot of other activities as well, such as the academic and cultural boycott. A council of presidents of Israeli universities have said through the Israeli media in the past year that, the academic boycott is an issue in the sense that there’s a few hundred, a few thousand academics who have publicly declared that they wont [go] to Israel or work with Israeli institutions.

Theres something very similar [to the cultural and academic silent boycott] that comes in the economic sphere. The number of multinational companies that have pulled out [of Israel] isn’t that big. I don’t want to underplay the [BDS movement’s] victories, because they’re important and the result of major campaigns. But the problem for Israel is that a number of companies are going to say: well, Israel is a very small market and it’s a big headache to invest. It’s much easier [for these companies] to stay away and [they] don’t have to say anything, [they] just stay away [from Israel].

And thats how BDS works, its not necessary for everybody to declare why they’re not going there, but Israel realizes that this is the big impact the potential losses from a European consumer boycott is more than 12 billion euros a year. Those are major numbers that Israel is looking at.

All of the settler colonial projects that reached their height in the 20th century have ended, except in Palestine, and the support for Palestinian rights has been strong for a very long time, for many, many decades. What’s different now, and this is really the opportunity we have to hopefully bring liberation and justice into Palestine, is that BDS is providing a set of tools and techniques to translate that solidarity into real political power and action. That’s the difference.

It’s not enough that people are sympathetic to Palestinians. We have to translate that sympathy into political power and pressure. That’s why BDS is seen as such a threat to Israel and Israel’s supporters, including of course the Trudeau government in Canada.

The other thing is that Palestine is really seen as a key issue. At the Socialism Conference in Chicago a few days ago, we were doing a session on Black Palestinian solidarity. And one of the speakers made the point that Black people in the United States and Palestinians in Palestine are really at the sharpest end of the empire. Black Americans being on the internal side and Palestinians being on the international side. These two struggles, of black people in the United States against racism and state violence, and the Palestinian struggle for their liberation, really in a way galvanize and represent the struggle against American imperialism in its most violent forms.

Is the unconditional United States veto the only factor blocking the end of occupation?

I was in Australia and New Zealand this Spring, and the message that I was trying to give to activists in New Zealand in particular is that it’s much easier to move the politics of a smaller country than it is to move the politics of the United States. The opportunity for activists in New Zealand or in Canada, some countries in Europe as well as in Southeast Asia, is that the victories you win there can have really a global impact. They start to change the discourse internationally, they start to break the consensus [with the United States].

Students are the experts at that. What I can say is that, and I know less about Canada, but there have been some important successes recently: at Dalhousie [University] the student government voted to divest, not just recommended divestment, but actually voted for actual divestment. The student union itself has funds of several million dollars and there about tens of thousands of dollars that they were holding in companies complicit in Israeli human rights violations that will be divested.

What we’re seeing in the United States, and across North America generally, is university administrations (and they always do this) siding with the status quo, siding with power, siding with governments [over students], siding with Israeli. But this has not stopped the momentum, and what we see is that the momentum is moving up the chain, it’s incremental, but it’s happening. What I mean by that is that this has gone from a movement which is about passing student government resolutions in support of BDS (and that has happened across North America), [to a movement that now] works to actually turn [that momentum] into campaigns which put pressure on universities to actually divest.

Some of those campaigns are beginning to involve faculty. We see alliances between students and faculty and that [alliance] is very, very important. That’s one way students can protect themselves against censorship and intimidation. But the other thing [happening] in the United States that’s very important is that we’ve seen three graduate student trade unions support BDS. We need more involvement of trade unions, and more alliance. This isn’t just a way to strengthen the BDS movement on campuses, but also to broaden the movement in society generally.

How optimistic are you about the future of the BDS movement?

I think the one point to make is that there is a major political shift going on in North America, Europe, and other parts of the world. The young generation, the so-called millennials, are becoming much more progressive. They’re in revolt against the system which has robbed them of a viable political and economic future. We see that in the United States in the support for Bernie Sanders (that’s not to say Sanders is the greatest politician or person in the world), we see that in the support for Corbyn, we see it in Spain with Podemos, in Greece with Syriza. There are victories and losses, like we see in Greece.

But this shift is also critical to support for Palestine, support for Palestine is part of a broader movement for economic and social justice and against racism. So in that sense I’m quite optimistic about the possibilities [for the BDS movement]. We’ve seen [this change] in the past few years in Canada. Quebec is perhaps the biggest indicator, with the enormous student-led protests that have happened there in the past couple of years, but also in Alberta with the New Democratic Party’s victory (although the NDP is nothing fantastic politically, especially on Palestine.) My point is there are opportunities and insurgent movements, and we should be optimistic about our possibility to bring about change.