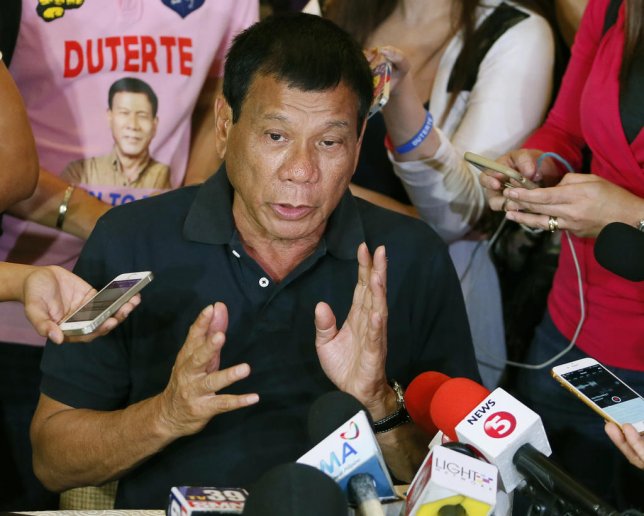 Time magazine called him "The Punisher", while other publications refer to him as “Duterte Harry”, the Trump of the Philippines, or a “dictator in waiting”. I feel compelled by the somewhat simplistic analyses in Canada and elsewhere concerning the new President of the Philippines, Rodrigo "Digong" Duterte, to weigh in with a somewhat more balanced view of this controversial figure.

Elected by an overwhelming majority of over six million votes last May, "Digong" was inaugurated as President of this South-East Asian country of over 100 million on June 30. In a clear sign that this was not business as usual, Duterte invited the leaders of a rally of thousands that had marched to the gates of the Presidential Palace, Malacañang, to join him inside the Palace. The leaders presented Duterte with a People’s Agenda that includes a 15-point Program for Nationalist and Progressive Change as well as a more detailed agenda for the First 100 days. The topics in the agenda range from economic development, social policy, peace and human rights, to governance and foreign policy.

Traditionally such rallies are met with water cannons and truncheons, and sometimes live bullets.

Following his election, I interviewed Duterte in Davao, a city of two million on the southern island of Mindanao where he was mayor for 20 years. Surrounded by a throng of journalists, bodyguards and well wishers, we waited our turn in a hotel meeting room until almost midnight as Duterte dined in the next room with Philippine boxing legend and recently re-elected Senator, Manny Paquiao. The dinner was followed by a marathon two-hour press conference. By the time Duterte arrived for my interview, he was tired and had a migraine, but was still ready to talk for over 40 minutes.

The interview will be part of a new independent documentary I am working on about a legendary leader of the revolutionary Philippine left, Prof. Jose Maria Sison, who it turns out was Duterte’s professor of political economy during university.

In Canada and elsewhere in the global North, we seem to like our politics Euro- or Americano-centric, and simple. There are the good guys and the bad guys.

Generally, the good guys are those leaders who offer foreign mining and other corporations a free hand to do business in their country without too many controls or regulations, or who buy western military material and/or support western powers’ decision to bomb, send troops and/or occupy other countries in the name of "democracy". The Philippines is such a country, tied to the US in particular through a series of unequal treaties and agreements since the former colonial master granted the Philippines formal independence in 1949. Canadian mining corporations have been benefitting from these policies, including TVI in Mindanao.

The bad guys are everybody else.

But Duterte, despite a foul mouth, provocative statements on rape and the Pope, and association with anti-drug "death squads" in Davao, does not easily fit into such a black and white dichotomy. He is a conundrum to both those on the "left" as well as the "right" of the political spectrum, as Philippine activist Carol Pagaduan-Araullo points out in her column, Streetwise.

Araullo notes, "For those on the Right who support him — who comprise the socio-economic elite, the dominant classes, the status quoers, the political conservatives, and reactionaries — Duterte is what the ruling system needs to “fix” what is broken and in so doing maintain and strengthen it further."

They hope Duterte will "act as the charismatic demagogue who can make the people believe that the system can still be fixed and that he is the one to do it."

Meanwhile the poor and disenfranchised, of which there are plenty in the Philippines — 66 million of a population of 100 million live in abject poverty, less than $3.50 a day, while 20% of the labour force are obliged to seek work abroad — were supportive of Duterte’s calls for law and order and "death" to drug pushers.

They also supported Duterte’s promise to end corruption, incompetence, and subservience to Washington, the hallmarks of the previous regime of Benigno "Noynoy" Aquino. Noynoy is the son of former President Corazon "Cory" Aquino, who replaced the dictator Ferdinand Marcos in 1986. Great hopes had thus been placed in Cory’s successor, hopes that were soundly dashed over the last six years.

However, behind the crass law and order bluster of the new President lies a more complex character. Duterte refers to himself as a "socialist" and "the first Left President of the Philippines". In the heart of the election campaign he conducted a widely publicized Skype exchange with Prof. Sison, founding chairperson of the Communist Party of the Philippines (CPP). The CPP and the armed revolutionary force it commands, the New People’s Army (NPA), is present in scores of guerilla fronts in 71 of the 81 Philippine provinces and has been waging a people’s war for the past 47 years – drawing support from millions of people in all parts of the country.

Duterte invited Sison, 76, back to the Philippines and offered the CPP four cabinet posts. Sison, who was tortured and imprisoned for nine years under the Marcos dictatorship, has lived in forced exile in the Netherlands, with wife Julieta de Lima, for the last 30 years following the removal of his Philippine passport by the government of Cory Aquino.

The Skype call to Sison was part of a concerted effort by Duterte to immediately resume peace talks with the National Democratic Front of the Philippines (NDFP), which represents the CPP, the New Peoples Army (NPA) and 16 other revolutionary organizations.

Although Duterte fundamentally represents the interests of the Philippine elite, as Araullo points out, "his record of non-antagonistic and, even more so, friendly ties with the New People’s Army in Davao City, as well as support for the Leftist movement in general, underscore three aspects of Duterte that distinguish him from other run-of-the-mill bourgeois politicians."

Firstly, he does not spout the rabid anti-communism of his predecessors and considers revolutionaries neither "terrorists nor traitors, but as patriots who are seeking radical societal change for the good of the majority of the people," writes Araullo.

Duterte announced his intention to release all political prisoners including the 18 NDFP peace consultants who were illegally arrested by previous governments despite protection under the Joint Agreement on Safety and Immunity Guarantees (JASIG). In my interview with Duterte, he seemed to backtrack somewhat on the promise of general amnesty for political prisoners, saying that his will start with the release of the "leaders" involved in the peace talks. Human Rights advocates in the Philippines are already stepping up pressure tactics to get him to respect his promise to release all, especially starting with the sick, women and elderly for humanitarian reasons. There are currently over 560 political prisoners in the Philippines, according to the principal human rights organization, Karapatan.

Thirdly, Duterte has thumbed his nose at conventional ideas and norms about how a President should act, notably with the former colonial power, the USA, as well as with the Philippine Congress, Supreme Court, the judiciary, civilian bureaucracy, and Catholic church hierarchy, along with the big landlords and the foreign multinationals and their local associates.

His attitude towards the powerful Catholic Church is noteworthy in a country where about 80 percent of the population are Catholics, the largest concentration in any Asian country. With divorce still illegal and the church hierarchy opposing abortion and contraception, Duterte has called the church a "most hypocritical institution" and has come out in favour of birth control.

Duterte has so far proved to be a clever tactician, weaving a complex path between the status quo and reform, keeping the extreme right at bay, with their thinly veiled threats of a military coup, while reaching out to the revolutionary left as he tries to put into place his vision of a "reformed ’socialist’ society".

In my late night interview which took place a month before his swearing-in, Duterte told me that he is more comfortable being known as the first left "mayor" of the Philippines. He had trouble with the idea of President.

And in response to the accusation that he is a Trump clone, Duterte replied, "no I am not like Trump, I am not a bigot who discriminates against Muslims and other such people." Duterte has been strongly supportive of marginalized minorities, including Moro Muslims and their call for greater autonomy, and is an advocate for gay marriage and LGBT rights.

Duterte has also carried through on his promise to offer cabinet posts to representatives of the left after Sison formally declined the offer for Communists to take the positions.

The new cabinet members include feminist professor Judy Taguiwalo and peasant leader Rafael "Paeng" Mariano. Taguiwalo was named Secretary of the Department of Social Welfare and Development (DSWD). A former political prisoner, she was head of the Department of Women and Development Studies at the University of the Philippines and has a Canadian connection, earning her master’s degree at Carleton University.

Taguiwalo wasted no time showing her colours by visiting a refugee centre for hundreds of Lumads, or Philippine indigenous people, on the southern island of Mindanao. They were forced from their land under counter insurgency operations by the Philippine military and hired mercenaries under the former government.

Mariano, a farmer and chairman of the militant peasant’s organization, Kilusang Magbubukid ng Pilipinas (Philippine Peasant’s Movement - KMP), will head the Department of Agrarian Reform (DAR). Mariano has said that he will investigate the situation at the huge plantation four hours north of Manila, Hacienda Luisita, which is owned by the family of the outgoing President Aquino and where there is an epic battle for land underway led by landless peasants. The struggle is symbolic of the continuing feudal land holding structure and lack of true land reform in the Philippines.

Peace talks will begin between the Duterte government and the NDFP in the coming weeks in Norway, which is acting as mediator. This is a major advance since peace talks with the former government were stalled since 2011. CPP founder Prof. Sison stated that he wishes to return to the Philippines as early as this this month (July) to be personally present for the release of the political prisoners and the signing of the preliminary peace talk documents. Sison is a senior advisor to the NDFP in the peace talks.

Sison, however, is facing opposition from Washington, which since the Philippine election has renewed the mislabelling of the revolutionary forces, the CPP and NPA, as “terrorist”. Sison points out that it is “hypocritical” for US imperialism, “the biggest terrorist power in the world” to try to sabotage and upset the peace process with the incoming Duterte government.

The meddling by the US reveals just one of the basic challenges facing the Duterte government and the Philippine people.

It is going to take a lot more than a few reforms to root out the entrenched system of wealth and power of the landed elite, big business, and bureaucrat capitalists that is backed by the police and military, the judiciary and the military might of the United States. Even those reforms will only stand a chance of being enacted if the Philippine people organize and mobilize to keep up the pressure on the Duterte government in the face of the fierce opposition that will arise.

There will no doubt be many more surprises in store under President Rodrigo Duterte, and as my Philippine friends have pointed out, he could be the best, or the worst, President the Philippines has known.

Malcolm Guy is a Montreal-based filmmaker and anti-imperialist activist.