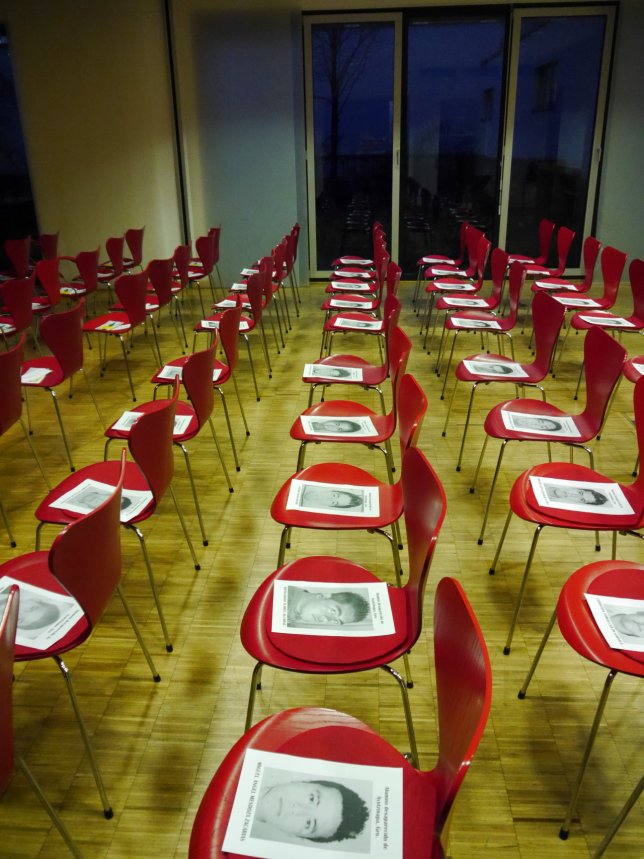 « To combat torture without compromise, we need to know our major opponent: the dark side of our humanity.”
– Serge Portelli, Why torture

A few weeks after the Assembly of People’s Representatives had elected the National Preventive Mechanism (NPM), a mechanism considered to be a pioneer in the region and a positive step to combat torture and ill-treatment, the UN Committee against Torture concluded its consideration of the third periodic report of Tunisia regarding the implementation of the Convention against Torture and Other Cruel, Inhuman or Degrading Treatment or Punishment.

The representative of the Tunisian government stressed the efforts undertaken to implement a legislative framework that would put an end to these barbaric practices and reinforce the role of independent organizations that militate for the prohibition of torture.

He, also, emphasized the commitment of Tunisia to endure the protection of human rights and dignity while combating terrorism.

On the other hand, civil society organizations, while acknowledging that torture is no longer “a state policy”, have alerted both decision-makers and public opinion against the recurrence of this practice and other ill-treatment practices, mainly in detention centers. “Such frequent practices taint the credibility of the exemplary democratic process achieved since the January 2011 revolution,” they said.

Recently, some NGOs denounced in a damning report the numerous challenges related to the eradication of torture. First, there is the heavy legacy of a cruel regime. Then, there’s the lack of an effective policy that would address the issue of torture. The existence of the “old demons” who are still in office and who drag their feet on the implementation of any change did not help much.

Also, terrorist threats are a convenient scapegoat to stop short of taking any decisions that would prohibit torture and fully respect human rights in detention centers.

Before the revolution, Tunisia had ratified the Convention against Torture and Other Cruel, Inhuman or Degrading Treatment or Punishment in 1988. And the Tunisian law considered torture a serious crime punishable by severe penalties. That did not, however, prevent Ben Ali’s regime from institutionalizing torture that became systematic and widespread. And since the Judiciary was not independent, it provided the legal basis for different kinds of abuses. Several complaints against security officers and prison guards were ignored. In fact for the regime, human rights were no more than an empty shell and a propaganda tool used to dissimulate different types of violations.

Much has changed since the revolution. Tunisia acceded to several international human rights agreements. Among them was the optional protocol to the Convention against Torture and other Cruel, Inhuman or Degrading Treatment or Punishment. The new constitution, adopted in 2014, ensures the primacy of human rights, protects the right to human dignity and prohibits torture. The constitution, also, grants the Higher Committee for Human Rights and Fundamental Freedoms, a simple consultative body under Ben Ali’s regime, new competences to monitor the respect of basic freedoms and the respect of human rights.

Civil society organizations believe that these harmful practices of human rights violations are still rampant because impunity is still the rule. Even after the revolution hundreds of complaints related to torture have remained outstanding. The huge number of cases submitted to the courts and the limited number of magistrates are always used as an excuse for the laxity and powerlessness when facing the scourge of torture.

That’s why human rights defenders have been calling for the appointment of a prosecutor entrusted with torture cases and who has sufficient means, a satisfactory degree of impartiality and the necessary protection to ensure the independence of the investigation and bring perpetrators to justice.

We are not short of texts and legislations, and they’ve been lately reinforced with new ones that guarantee human rights. However, applying these texts to reality will probably take time. One explanation is that of the “the force of the habit” as it seems that judicial police have been used, for decades, to extorting violence by torture and unlawful means. Both the police and justice systems have not been reformed. And the eruption of terrorism did not help much as it has put decision –makers in front of a false dilemma; whether this battle is going to be an opportunity to promote and consolidate human rights or an excuse to tolerate abuses and turn a blind eye to torture, though the choice is easy to make for a nascent democracy.

That’s why bodies that work on combating and preventing the use of torture have a tough task as their challenge is, rather, daunting. In this difficult transitional period, it is incumbent on them to help safeguard the physical and moral integrity of suspects. They should demonstrate not only courage and expertise but also, autonomy, starting with the logistical and financial resources required for the task, an accurate definition of prerogatives of each preventive body so that each of them would accomplish its mission in the best possible manner.

Messaoud Romdhani, Committee for the Respect of Liberties and Human Rights in Tunisia