Home > English > Alternatives International Journal > 2016 > July 2016 > The Other Side of The War on Terror: False Terror Charges Against Muslim (...) 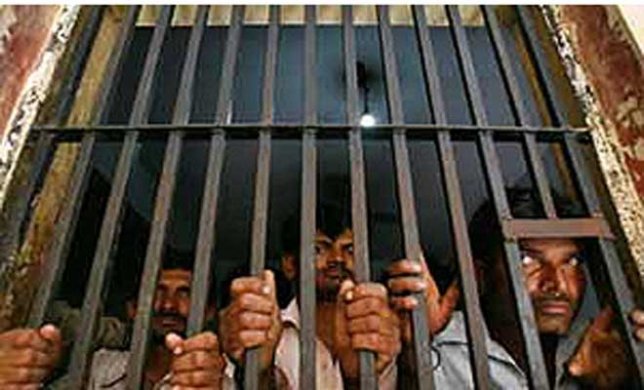 The Other Side of The War on Terror: False Terror Charges Against Muslim Youth in India

I first met Mohammed Aamir Khan in the office of Act Now for Harmony and Democracy (ANHAD), a Delhi-based organization working on communal harmony and human rights, in which he was formerly employed. Aamir answered my questions on the organization’s relief activities for victims of anti-Muslim violence during the 2013 Muzaffarnagar riots and spoke vividly about the importance of protecting secularism and the civil rights of minorities in India. Impressed by his knowledge and refined analysis of Indian politics and the criminal justice system, I asked him at the end of the interview whether he had pursued graduate studies in social sciences and, if so, at which university. Aamir smiled, paused, and answered: one day I will tell you all about my past; it is a very long story…

It was only a few weeks later that I learned his story. Mohammed Aamir Khan had spent his entire youth, from age 18 to 32, in a high-security prison, serving a sentence for charges of terrorism that were later shown to be fabricated. Last January, four years after his discharge, Aamir released his autobiography, Framed as a Terrorist: My 14-year Struggle to Prove My Innocence, co-written with Nandita Haksar. The book relates how he was abducted in front of his house, brutally tortured, and forced to sign false declarations of guilt for 19 different bomb blasts and terror plots. The book carries painful descriptions of police brutality, years of confinement in prison, and stories of the endless trials and court hearings that eventually led to his acquittal.

Mohammed Aamir Khan’s story is only one of many cases of false terrorism charges brought against poor, Muslim youth in India. On May 11 2016, Nisar-ud-din Ahmad, along with two other Muslim men, was released after spending 23 years in prison on similar terror charges. He was a 20 year-old pharmacy student when he was detained by the police. Last April, eight Malegaon residents were discharged from the 2006 Malegaon bomb blast case after five years of incarceration. A special 2011 Human Rights Watch Report documented many other cases of abusive counterterrorism tactics against Muslim youth in India, which take the form of unregistered arrests, arbitrary detention, fabricated evidence, and torture.

Most of these cases are eventually acquitted by justice courts, but given the extremely slow pace of trial procedures and the financial cost of justice, many like Aamir become lost in a judicial maze, hopelessly awaiting acquittal. For those who cannot afford to hire experienced lawyers, the waiting period can continue indefinitely.

Aamir writes in his book that he was lucky in his misfortune because he eventually received the support of ANHAD and other civil society organizations after his release. In the past years, his story has also slowly started receiving national media coverage. But like others who must begin their lives anew after many years in jail, Aamir still struggles to make a living and support his family: there are no state compensation mechanisms for those wrongfully confined in jail on false terror charges.

In December 2015, the National Human Rights Commission of India (NHRC) issued a show cause notice to the Delhi Government as to why compensation had not been given to Mohammed Aamir Khan for his wrongful arrest. The NHRC press release indicates that:

[…] Rule of Law must not become an instrument, which grossly violates the distinct human rights of the citizens. It transpires from the case record that the victim was subjected to State action only on suspicion. Not an iota of evidence was produced in the court to connect Mohammad Amir with any of the alleged crimes.

The Times of India recently reported that the Union Minister of Law and Justice expressed his concern over the arrests of Muslim youth on false terror charges and mentioned that the Law Commission had been called upon to suggest reforms to criminal procedures. Unfortunately, similar statements in the past have proven to be empty promises. Given the ruling Bharatiya Janata Party’s (BJP) controversial positions on religious minorities, there is also doubt whether any major change can take place under the current government.

Muslim youth are not the only target of anti-terror legislation in India, but different studies have shown that a disproportionally high percentage of Muslims have been framed under India’s three main anti-terror laws (the Unlawful Activities Prevention Act (UAPA), 1967, amended in 2008, has now replaced the Prevention of Terrorism Act (POTA), 2002 and the Terrorist and Disruptive Activities (Prevention) Act, 1987 (TADA)). Growing anti-Muslim sentiment and the current global focus on fighting terrorism also provides a certain aura of legitimacy to profiling Muslim youth in India, as elsewhere in the world. Although intelligence and law enforcement agencies are under great pressure to curb terrorist acts, there is a strong need to investigate the use of exceptional measures, and ensuing human rights violations, in the name of national security. Mohammed Aamir Khan’s book is a reminder of this other side of the war on terror.