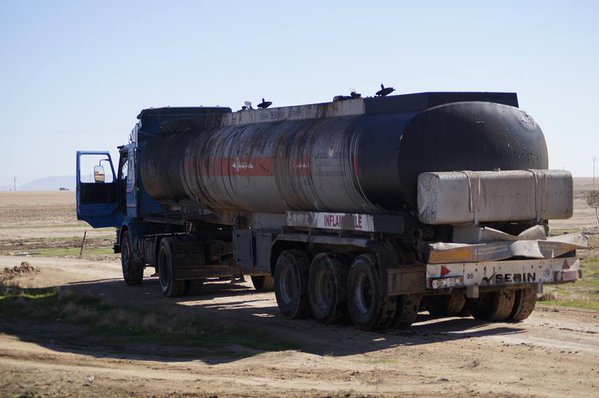 Turkey in Syria: A Web of Contradictions

On November 26th, 2015, Can Dundar, editor-in-chief of Turkish opposition daily Cumhuriyet, was arrested alongside Erdem Gul, the newspaper’s chief Ankara representative, over their allegation that the Turkish national intelligence organization (MIT) illegally carried weapons and ammunition into Syria in January 2014. Erdogan vowed the journalists would pay a “heavy price”, and personally filed criminal complaints against the journalists for “divulging state secrets” and “taking part in a terrorist organization”. Dundar is currently detained in solitary confinement in an Istanbul prison.

Dundar’s arrest carries a double significance. On the one hand, it speaks to Erdogan’s recent heavy-handed censorship of journalists and the press. Since his electoral victory in November, Erdogan’s government has cracked down on numerous news outlets, brought criminal charges against journalists, and raided publications’ headquarters. Given this pattern of censorship, Dundar’s arrest does not come as a surprise.

On the other hand, Erdogan’s scramble to condemn and imprison Dundar speaks to the complexity (and contradiction) of Turkey’s role in Syria. Dundar describes the January 2014 incident in a recent article written from prison and published in the Guardian: “Early in 2014, a truck understood to belong to the Turkish intelligence service (MIT) was stopped near the Syrian border. The gendarmerie and the intelligence officials in control of the convoy pulled guns on each other. This was the moment the two blocks vying to rule the state came face to face. The truck was searched. Beneath the camouflage composed of medicines boxes, weapons and ammunition were found. The truck was held for a while, but following the intervention of government officials a safe passage into Syria was granted.”

Shortly afterwards, the Turkish government suppressed information about the incident, arrested the prosecutor and gendarmerie, and issued a statement declaring the trucks contained “humanitarian aid”. The news reached the Turkish public and sparked concerns over Turkey’s potential intervention in Syria, but the government ferociously dismissed the allegations.

However, in May 2015, Dundar and Cumhuriyet Daily received video footage of the MIT truck. Dundar writes, “it was clearly visible that the truck was loaded with arms. It was thus documented that the intelligence service was illegally carrying arms into the civil war raging in a neighbouring country. This was big news.” Dundar’s team uploaded the video footage to the Cumhuriyet website, alongside photos of and details about the operation. Cue Erdogan’s retaliation. Erdogan’s desperate imprisonment of Dundar is only testament to the increasingly questionable Turkish involvement in Syria. Indeed, Erdogan’s interests in the Syrian civil war and US-led fight against IS have come under much scrutiny after the Cumhuriyet incident.

Turkey’s importance in and centrality to the Syrian conflict is evident: its very location makes the country a key location for refugees and those fleeing persecution in Iraq and Syria. Erdogan blames Assad for the refugee crisis, and has declared Assad’s regime to have “mercilessly” killed up to 400,000 Syrians. Turkey, a country of 75 million, currently hosts over 2 million Syrian refugees, close to double the number of refugees the EU hosts, which comprises 510 million. Erdogan has thus assumed a sort of moral authority on the refugee crisis; he criticizes the EU’s failure to effectively implement a refugee quota system and the American and European reluctance to commit to ‘safe-zones’ (protected areas inside Syria along the Turkish border).

On November 29th, 2015, Turkey and the EU struck a deal to mitigate the Syrian refugee crisis. In exchange for €3 billion and the EU’s promise to unfreeze accession negotiations, Turkey would stem the influx of refugees into Europe. Many see this deal as emblematic of the gross international failure to sustainably address the systemic causes of the refugee crisis; Erdogan has simply ‘bought’ refugees from Europe in exchange for a Turkish spot at the EU table.

Erdogan is also highly critical of the American intervention in Syria, and he condemns Russia for backing Assad. Russian-Turkish relations, which grew icy in November when Turkey shot down a Russian Sukkhoi fighter plane that had flown into Turkish airspace, complicate the international involvement in Syria. Putin’s military intervention and airstrikes aim to bolster Assad’s regime, putting Russia at odds with other countries, notably NATO-member Turkey, that want Assad out.

Erdogan’s seemingly proactive stance on allowing refugees to enter Turkey and his condemnation of Assad has not blinded his critics. Moreover, the government’s failure to tighten the country’s southern border with Syria has caused tension, both domestic and international. The Cumhuriyet allegations that Turkey is arming IS, however, stem from a long history of violent conflict with Turkey’s Kurdish people.

While Erdogan’s official policy in Syria is ousting Assad and fighting IS, the subtext is complicated. In September 2015, Turkey began airstrikes in Syria. In addition to attacking IS positions, however, the Turkish airstrikes targeted Kurdish positions in Northern Iraq, putting Erdogan at odds with Turkey’s traditional ally, the United States. Unlike Turkey, the United States believes that the Kurdish fighters in Iraq and Syria are the necessary ‘boots on the ground’ and are crucial to fighting IS.

The issue for Erdogan is that his interests are perhaps not as clear-cut as his official policy makes them seem. Ultimately, Erdogan’s interest in Syria is in ensuring that Kurdish groups, like the Democratic Union Party (PYD) of Syria, do not gain any traction, territory, or control now or after the conflict during reconstruction, since these groups are closely associated with Turkey’s Kurdistan Workers’ Party (PKK).

Turkey has waged war against the PKK since the early 1980s. More than 40,000 people have been killed in Turkey’s conflict with the PKK, which began its armed struggle against the Turkish government in 1984. While the PKK initially demanded a Kurdish state, the group dropped this goal in the 1990s and instead called for increased autonomy for the Turkish Kurds. In March 2013, the PKK’s imprisoned leader Abdullah Ocalan called a ceasefire.

Gabi Zimmer, chair of European United Left/Nordic Green Left in the European Parliament, recently slammed Erdogan for the brutality of his ongoing military campaign in southeast Turkey. "In the wake of the dirty deals agreed with the Turkish government on refugee policy, the EU and its member states have passively accepted Erdoğan’s war against the Kurdish people. They have deliberately turned a blind eye to the ruthless violations of basic human rights. Kurdish men, women and children are paying for Erdoğan’s tyrannical self-interest with their lives on a daily basis," she said.

The Turkish operation involves 10,000 troops led by six generals, and is one of the largest Turkish military operations inside its borders. The raids in Cizre and Silopi, which began in mid-December, have already left at least 62 Kurdish militants dead. Since December 2015, the Turkish military claims that raids and operations against the Kurds have killed 261 Kurdish militants. The Kurdish death toll continues to rise into the new year.

The European Union, United States, and other Turkish allies have turned a blind eye to this massive human rights violation, while within Turkey, tensions mount. On January 3rd, 2016, the peaceful pro-Kurdish People’s Democratic Party (HDP) organized a demonstration against the Turkish crackdown on Kurdish cities; more than 200 people gathered in Istanbul to peacefully protest the curfews imposed on mainly Kurdish cities and towns across southeastern Turkey.

Erdogan cannot continue to uphold the pretense that the Turkish airstrikes are targeting IS. Not only will this allow the international community to ignore patterns of censorship and violence, but it will certainly impede progress towards a peace settlement in Syria. Ousting Assad, fighting IS, and fighting the Kurds are mutually exclusive. Erdogan must halt Turkey’s military operations against the Kurds. Until then, Turkey will continue to weave a tangled web of contradictions that will encumber the international coalition in Syria.