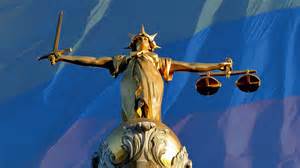 As the Colombian government and the FARC guerilla group continue negotiations to end Latin America’s longest-running conflict, a coalition of civil society organizations is calling for the inclusion of Afro-Colombian and indigenous voices in the peace talks. Last week, the Latin America Working Group (LAWG), the Washington Office on Latin America (WOLA), and the Afro-Colombian National Peace Council (CONPA) sent a petition to the government and FARC negotiators urging them to establish a special commission to consider proposals by Afro-Colombian and indigenous groups related to the peace process.

WOLA senior associate Gimena Sánchez-Garzoli says that no such mechanism currently exists. “We call upon the Colombian peace negotiators in Cuba to remedy this situation by inviting an Afro-Colombian and indigenous delegation to Havana to set up a mechanism to include their perspectives and proposals before the final accord is signed,” she said in a statement.

“The Colombian government and the FARC must directly consider the collective proposals of the Afro-Colombian and indigenous peoples since they are disproportionately victimized by the conflict,” added CONPA’s international coordinator Marino Córdoba.

Several members of Congress have expressed similar sentiments. On Tuesday, Rep. Ruben Gallego (D-AZ) introduced a bipartisan resolution expressing support for the peace process, which acknowledges that “minority groups, including the Afro-Colombian, indigenous and rural communities…have been disproportionately harmed by the conflict.”

Colombia’s roughly one million indigenous people have also disproportionately suffered the effects of the conflict. According to the United Nations, “indigenous displacement often goes unregistered – due to the remoteness of indigenous territory, lack of access to state services and cultural barriers.” Colombia’s main indigenous organization has said that the conflict has contributed to the threat of extinction of many indigenous cultures.

Many independent experts have argued that the inclusion of Afro-Colombian and indigenous concerns in conversations about the peace process will be key to implementing any agreement reached between the government and the FARC. “Only by consulting with and incorporating the just demands of those most brutally affected by the conflict can a lasting peace be constructed,” said LAWG executive director Lisa Haugaard.

The six-decade long conflict has left some 220,000 Colombians dead and nearly 6 million displaced from their homes. Although several previous attempts have failed to achieve a negotiated solution to the violence, the current peace process appears to be nearing a successful conclusion.

Just this week, the FARC and the government reached a tentative agreement on the issues of justice and reparations for victims of the conflict. The negotiators have pledgedto reach a final accord to end the conflict by March of next year, lending additional urgency to calls for the inclusion of Afro-Colombian and indigenous voices in the talks.

“It’s a now-or-never type of thing,” said Angelika Albaladejo, a program associate at LAWG. “Either the delegates at the peace table make a legitimate effort to incorporate the proposals of Afro-Colombian and indigenous groups, or they risk signing an agreement that doesn’t address the concerns of some of the most-affected victims of the conflict.”

Michael LaSusa is an independent journalist and researcher in Washington, D.C. He focuses on foreign policy, national security and human rights issues in the Americas. Twitter: @mikelasusa.