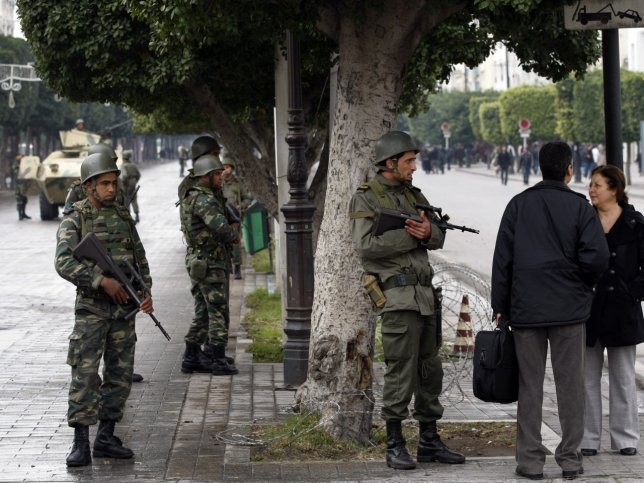 “Freedoms Are More Powerful Than Security Measures In Combating Terrorism”

“I will not give you the gift of hating you. You have sought it, but responding to it would be to give in to the same ignorance that made you what you are.” (Antoine, husband of a terrorist victim in the Paris bloody attacks, 13 November 2015)

It is Bertolt Brecht who said that art reflects life and it does so with special mirrors. Fadhel Jaibi, the famous Tunisian playwright, firmly believes so. In his latest trilogy, he gives three different but relevant pictures of modern Tunisia. In “Amnesia”, presented by the end of Ben Ali era, Jaibi showed that a dictator’s malevolent paranoia had sealed his fate. The second play, ”Tsunami”, was about the rise of fundamentalism and religious extremism, that it is going to lead to an Islamic State, erasing all the fundamental rights that humanity gained throughout centuries. The third play in the trilogy is “Violence” where the playwright skillfully painted a Tunisian society faced with the darkest consequences of its dehumanization as it began to get used to violence, brutality and slaughter. A play that was acclaimed by both critics and the public as a great success. That’s hardly surprising: in France, following the last terrorist attacks, the autobiographical narrative of Ernest Hemingway’s “Paris est une fete” (A movable feast) was given a new life and has been sold like a hot cake.

It is clear that literature, theatre and all arts express the attachment of mankind to the essential human values and are effective counters to savagery and barbarity. Art, according to Jaibi himself, is “the medium used to repress the ”animality that indwells us, humans.” That is, in combating terrorism, “we need to cling firmly to life, art and civilization.” But that’s not enough. We need to step up our efforts to address this dreadful scourge. And it is not an easy task, as it has begun to develop a land base.

After the latest bloody attacks, it’s been proven, once again, that terrorism has no specific homeland and that it is a constant threat, even to developed nations with sound democratic institutions, efficient intelligence services and free citizens.

In fact, the religious discourse of the “Umma” (which could include the whole mankind) is very much in line with the unfettered globalization. Not only because they’re “both universalistic” as has been argued by Mubashar Hassan, but also, because they both aim at destroying local and national identities, trying to impose one single model for the whole world. The first, tries to establish one law, that of the Sharia and the second that of the free market.

Need we remember that all the quixotic wars on terror launched by western powers have been unsuccessful, starting from Afghanistan to other countries like Yemen, Iraq or Libya? “Let’s learn from past mistakes: we’ve made things worse in the last ten years,” said Dominique de Villepin , former French prime minister after the Paris attacks . De Villepin , who believes that the Islamic State is the deformed child of arrogant Western policy, declared that each war on terror is an opportunity to terrorists and a mobilization of a majority of the Middle East public opinion “against us.”

In fact, the Islamic State does not lack imagination to create climate of fear, throw populations in a whirlpool of boundless violence and get governments trapped in wars with an invisible enemy, often concealed in the interstices of all miseries, accumulated by market forces, corruption and despotism.

It is beyond question that security forces have to react with force, that these terrorist groups are relentlessly pursued and arrested, that mountains and caves are combed through and that no stone is left unturned in the protection of countries and(nascent and old) democracies and in the security of citizens. But there are two lurking dangers:

– that terrorism drags nations into a war where the disastrous outcomes are carefully planned and the indiscriminate and excessive force becomes the sole response to brutality and violence in an unbridled globalization where the law of retaliation is often the “adequate response.” “Violence is like a raging fire that feeds on the very objects intended to smother its flames,” says anthropologist René Gerard.

– That we are heading, as citizens, to trade our rights and freedoms for security. By limiting the very principles that extremism seeks to destroy, we’re feeding its agenda. We often hear that governments in democratic countries try to strike a “delicate balance” between strengthening security measures and keeping with fundamental liberties. But after each terrorist attack the field of every fundamental human right shrinks by sweeping legislations , declaring state of emergency , authorizing warrantless researches…”we will wake up one day with a hangover to realize that, in the name of fighting terrorism, the country has been locked and our liberties violated”, said one European MP.

One thing, we believe, is true: every single attack is a real test to the strength of the values of democracy, to the resistance of the institutions. Nearly everybody has come to the conclusion that injustice, despotism and despair provide ideal conditions for jihadism. Instead of getting into a tit for tat spiral of violence, let’s address courageously these problems, locally, nationally and internationally. Martin Luther King said that injustice anywhere is a threat to justice everywhere. Truer words have never been spoken.