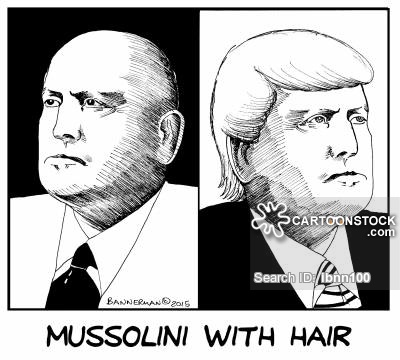 I love populism. The more participation in government, the more educated the electorate is regarding important issues. A system, potentially, of accountability and responsibility can then be forged between voter and elected official, an ideal feedback loop. But, right now, I hate populism. In America, an overcooked carrot of a man sells a populist agenda to a group to unquestioning to google his baseless claims. Maybe the truth doesn’t matter. The key difference with Donald Trump is not his funds or his hair or his inability to discuss actual policy – but his appeal directly to the worst parts of the American psyche, to the darkest and dumbest corners of national imagination. Trump has canonized ignorance as more than bliss.

There is a simple inversion that the Trump campaign performs, one that makes his entire oeuvre possible. In a recent interview with John Dickerson, relative King of Satire Stephen Colbert jumped on the most integral part of Trump’s game: “The party elders would like him to go away but the people have decided that he is not going to.” Colbert’s comments underline a distrust the general American has for Big Party Politics, the all-caps nebulous shadow organization that runs the nation and ensures that Jim and Holly will lose their job at the local tinfoil hat factory. The second half of his sentence redistributes power in a near-socialistic manner, as the determinant for staying power is the new bond between potential voter and brash candidate. Neither part of the electoral equation needs to ‘know’ anything, but understand what Colbert called Trump’s saving grace, his “emotional appeal.”

There is a real danger in a policy of emptiness. Donald Trump enjoys all the grassroots popularity of a folk hero without actually doing anything to benefit his base of power. While the man loves American ingenuity, I doubt very much he has any sympathy for the less fortunate – freeloaders, in normative Republican parlance. He draws power from the very population that should fear him the most.

Fear, for Trump, doesn’t flow from concepts he fails to understand. Ask any relatively intelligent person to explain exactly what the internet is or how it works, and you’ll probably receive an unintelligible answer or at least admittance of unknowing. Trump, however, doubles down on his false supremacy with the electorate; because he’s the one speaking into the microphone, he assumes you’re there for the Rapture, not insecure answers based in fact or research.

The low-hanging fruit of Trump’s inane answers shouldn’t be the point of ridicule any longer than the general amusement they provide. Instead, picking apart the stupidity for its troubling moments becomes maybe the only important component of his comments. When, during the December 15th CNN Debate, moderator Wolf Blitzer likens “closing” the internet to “[putting] the U.S. in line with China and North Korea,” Trump’s response has an insane logic, considering the specific audience to which he speaks.

The internet serves as a collection tray for the worst partisan appeals from Trump’s rhetoric and targets, in an exhausting sense, the fear inherent to a particularly poor, white, and angry part of the nation. Rattled off in a two-paragraph rambling answer to Blitzer’s internet metaphor-question, Trump manages to hit the following lowlights: immediately changing the discussion to one of security and ISIS, namedropping Silicon Valley “friends,” the need to protect precious American youths, name-calling instead of congratulating terrorist forces, and a final confirmation of American supremacy in both force and intellect. Do you see an answer to the comparison between censorship and communist nations? Neither do I, but that doesn’t matter to the people to which Trump is talking. They started clapping at the first positive reference towards America, the brave. As Washington Post reporter Alexandra Petri notes, it is “this sort of ballooning overconfidence . . . we have come to expect from our Boomer Adults in Positions of Power.”

Again, the danger is apparent. Limiting affordable technological access hurts the poor again. War and increased international hostility, historically, falls on the poor the hardest. It’s the children of the less fortunate that fight. It is the children of less fortunate who miss out on education – they never become the best and brightest Trump mentions, destined only to listen and parrot back what their false profit spews. Their hill is incredibly large and incredibly steep, and a blustering piece of human salt water taffy surely isn’t going to try and level the playing field.

While parsimonious with his words, Trump funds his own political machinations. The money makes him dangerous, much like – again Colbert in conversation with Dickerson – a “Frankenstein of the idea that facts don’t matter, and only money does” or “my old character [from The Colbert Report] with $10 billion dollars.” The man has no answers, no policies, and almost no peaceful thoughts. Fear often comes from the unknown, but I’m becoming more comfortable in stating that, sometimes, fear is what is directly in front of you, unapologetic about the potential storm on the horizon. Donald Trump is the houseguest who starts a fire in a decorative fireplace. But he talks so pretty, some of us just don’t have the heart to ask him to leave.