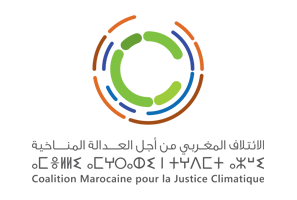 Record-breaking temperatures month after month, a succession of cyclones, hurricanes, floods, forest fires and debilitating droughts remind us that climate change is a reality which already affects hundreds of millions of us.

Thus we, the social movements and civil society organisations in all our diversity, have gathered here in Casablanca to launch our mobilisation towards the COP22, which will take place in Marrakech between the 7th and 18th of November, and to reaffirm our determination to act to keep global warming under the 1.5 degree celcius limit – as agreed in Paris by the world’s heads of state and government.

At the end of COP21 we committed to mobilise, wherever needed, in order to prevent the ‘red lines for a just and liveable future’ from ever being crossed. We have honoured that commitment, and will continue to do so.

Africa, host of the COP22, suffers most directly and dramatically the consequences of runaway climate change: resource and environmental degradation, food insecurity, water stresses, increasing poverty, health risks, and massive population displacement. Africans are not responsible for climate change, so our commitment is in the name of justice: of climate, but also of social justice.

We will therefore mobilise and keep up the pressure to:

• exit from the fossil fuel era, and speed up a just transition towards a future that is 100% renewable; • defend human rights and genuine equality, against all forms of domination and oppression, whether based on gender, origin, etc. • defend peasant agriculture and food sovereignty, and fight against the false solutions that dispossess peasants of their land; • recognise and make reparations for the ecological debt that the overdeveloped countries have incurred vis-à-vis the poorer countries, and break with a model of development that is based on the exploitation of natural resources; • guarantee that the North assumes its responsibilities, so that our communities can adapt to and face the consequences of global warming.

It is high time: we only have a few years to preserve the possibility of a future free from climate chaos. Together, we can make this COP22 a crucial step in building and strengthening a movement for climate justice.

Adopted in Casablanca, the 24th of September 2016, at the occasion of an international gathering convened by the Moroccan Climate Justice Coalition