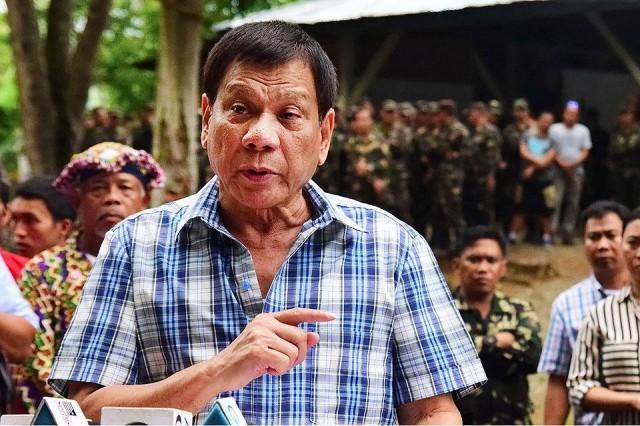 Duterte, the Drug War and Prospects for Peace in the Philippines

Since his swearing in as President of the Republic of the Philippines on the 30th of June, Rodrigo Duterte has been dominating headlines. Most recently, Duterte’s war on drug sellers and users, which is estimated to have claimed the lives of 3,000 people, has resulted in major articles published in the New York Times, Time Magazine and CNN.

As with the drug wars around the world, the vast majority of the victims of extrajudicial killings are poor people who use drugs and low level, exploited workers in the criminalized drug industry.

However, there has been much less discussion in the mainstream media about the willingness of the Duterte administration to engage in peace negotiations with the National Democratic Front of the Philippines (NDFP). The NDFP, the Communist Party of the Philippines and the New People’s Army have been waging a revolutionary struggle for more than four decades. Their demands include genuine land reform, national industrial development and liberation from U.S. imperialist domination and interference.

Previous regimes in the post-Marcos era have been willing to engage in negotiations only on the basis of ending the armed conflict, but never with any meaningful commitment to resolving the underlying social and economic issues driving the civil war.

For those of us organizing in poor and oppressed communities, this response seems contradictory. The drug war is understood as a weapon of imperialism imposed on poor communities and countries. In places like Colombia and Mexico, the U.S. backed counter-insurgency against peasant-based revolutionary movements has been carried out and framed almost entirely as a righteous ‘war on drugs’.

So, what to make of President Duterte’s descent into a murderous war against poor drug users on the one hand, and willingness to negotiate with the revolutionary movement and to (at least rhetorically) challenge U.S. imperialism on the other?

The widespread use of illegal drugs is a relatively new phenomenon in the Philippines. Historically, the Philippines has not been a significant producer or consumer of illicit substances -the the vast majority of the population living in poverty, no mass market for heroin or cocaine exists. Problematic drug use came mainly in the form of consumption of cheap, widely available and heavily marketed alcohol.

It is with the introduction of methamphetamine, which is produced inexpensively in decentralized ‘cottage’ production facilities, that widespread consumption of illicit drugs was introduced into the Philippines. The drug war violence that Duterte has unleashed, and his apparent sense of personal mission around this crusade, are best understood in this context.

The view of drugs as a kind of alien menace – something imposed from the outside with destructive results for Filipino people and society is widespread in the Philippines – even in grassroots people’s organizations. This view of drugs and addiction may be inaccurate, but it is consistent with the pseudo-science of addiction that has been propagated through heavily funded institutions of the drug war and the mainstream media for decades. In this narrative, addiction is characterized as an individual biological condition, a response to ‘evil and irresistible’ substances, and an individual moral failing.

While Duterte’s drug war can be understood as a misguided and destructive response to a novel and troubling situation, U.S. politicians and mainstream media, who have been full of moral outrage and lecturing condemnation of Duterte, cannot use the same excuse. The U.S. is now and has been for the last four decades the largest purveyor and organizer of drug war violence around the world, leading directly to millions of deaths and destroyed lives.

The drug war has been used to contain oppressed communities and countries for 40 years, while U.S. police, military and banks have also been intimately involved in organizing, coordinating and benefiting from the illicit drug trade.

Why is Duterte being targeted by the imperialist propaganda system? The killing of poor drug users is awful, but it’s not more awful than other state crimes against poor and oppressed people committed by U.S. allies, including political violence unleashed against the people of Kashmir by the Indian State, everyday brutality of the Israeli occupation of Palestine, or state-linked drug war violence in Mexico. Not to mention the drug war violence within the U.S. itself which dwarfs what is happening in the Philippines.

Clearly, this hypocrisy is serving a purpose. Duterte was definitely not the preferred candidate for the U.S. oligarchy or the Philippine comprador elite. Unlike his predecessors, he is not considered a reliable ally of U.S. corporate or geopolitical interests in the Philippines.

Concerns about his reliability in Washington have been exacerbated by his willingness to engage in peace negotiations with the revolutionary forces of the Communist Party of the Philippines. The CPP’s goals to liberate thee country from foreign domination and exploitation are very clear – challenging both the economic and geopolitical interests of the U.S. in the country and the region. This is enough to trigger the initial stages of the well oiled ‘regime change’ machinery of U.S. imperialism that we have seen all too often.

Solidarity – who stands for a just and lasting peace?

The answer is the same whether our main concern is for the wellbeing of poor drug users, or for the prospect of an end to the civil war and a just and lasting peace: support the genuine forces for liberation and social transformation on the ground in the Philippines.

Although there is no guarantee that the peace negotiations between the government and the revolutionary forces will lead to meaningful change in the country, the National Democratic movement in the Philippines has taken an important position against Duterte’s drug war policies and extra judicial killings.

Only the economic, social and political changes like those advocated for by the NDFP in the peace negotiations can begin to address the underlying conditions of alienation and social breakdown that have led to destructive drug use and addiction in communities.