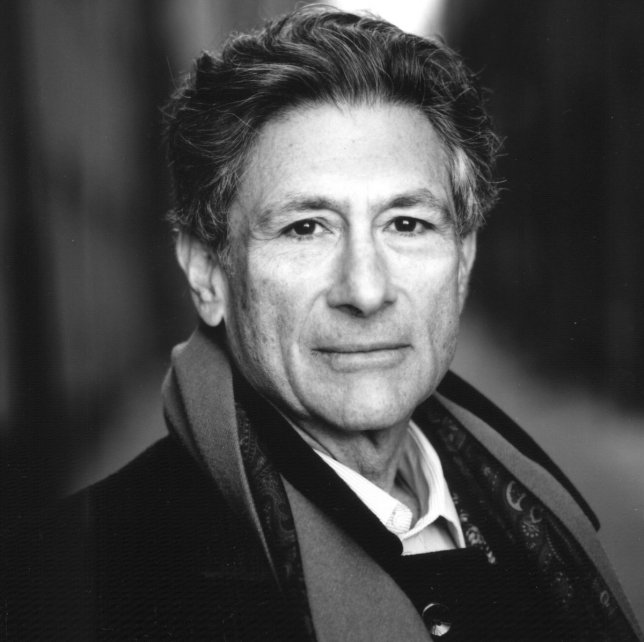 September 25, 2016 marked the thirteenth anniversary of the passing of Professor Edward Said, one of the most influential intellectuals of the twentieth century, and a political icon for anyone invested in the Question of Palestine. And as happens with many historical icons, Said’s legacy is causing a tug-of-war between “liberal Zionists” on the one hand, and the thousands of anti-Zionist critics and BDS activists his radical scholarship and political engagement have spawned.

For decades, while still among us, Said was smeared as a “professor of terror,” including by the right-wing Commentary magazine, which also accused him of leading a “double career as literary scholar and ideologue of terrorism.” In 2000, he was vilified as embracing violence when he threw a rock towards Israel from a village in southern Lebanon, newly-liberated from twenty-two years of Israeli occupation. Throughout his career, there were concerted efforts to discredit his scholarship, and even deny his Palestinian identity. The latter is an offense millions of Diaspora Palestinians are subjected of: even as the Palestinian refugee status is the only such status globally to be passed down from one generation to another, those of us born outside of the historic homeland, but without the UN-issued “refugee status” documentation, are denied our Palestinian identity, as Zionists seek to erase our right of return, and deny that hundreds of thousands of us were displaced during the Nakba. (The pro-Israel organization StandWithUs, for example, has declared me Iraqi, a “fake Palestinian,” because I was indeed born in Bagdad, but to Palestinian parents, both from the old city of Jerusalem.) Said, his detractors claimed, was Egyptian, because he grew up in Cairo.

In Orientalism, his foundational work that launched the field of postcolonial studies, Said insisted that the West’s narrative about “the Orient” cannot be decontextualized, and that it must be understood as a tool of colonialism and imperialism. Long before the proponents of cultural boycott wrote essays explaining that art does not rise above politics, Said was publishing one book after another exposing, dissecting, and illustrating this very point.

Edward Said, of course, also joined Daniel Barenboim in 1999 to found the West-Eastern Divan Orchestra, an Israeli-Arab initiative that brings together aspiring young Arab and Israeli musicians to perform in European concert halls, under Barenboim’s direction. I say “Arab” not in the Zionist lingo, which seeks to erase Palestinian identity, but because musicians from various Arab countries, including Palestine, joined the orchestra. And I say “Israeli-Arab,” placing Israeli first, because the orchestra was and remains directed by an Israeli conductor. Even though it has had musicians from Jordan, Syria, Lebanon, and Egypt, the Orchestra focuses exclusively on Israel/Palestine, thus reducing “Arab” to “Palestinians,” which it seems reluctant to name as such. If its focus were indeed “Arab,” it would consider the socio-political situation in countries like Lebanon, Jordan, and Egypt.

On the other hand, Said’s entire oeuvre persuasively rejects Zionism and forced concessions from the dispossessed to the privileged, centering Palestinian concerns, Palestinian sovereignty, the Palestinian narrative. He firmly believed that it is impossible to change US policy about Palestine without changing the discourse on Palestine. Indeed, the fact that we now speak of “The Question of Palestine” rather than “The Middle East conflict,” or that we can immediately recognize the bias of those who insist on saying “the Middle East conflict” or “the Arab-Israeli conflict” when speaking of Palestine, must be credited to his persistence. The conversations he opened up in the 1970s, as he insisted on discussing “Zionism from the Standpoint of its Victims,” a chapter in The Question of Palestine in which he argues that Palestinians have an inherent right to national self-determination, are the conversations that allowed so many more of us to denounce Israeli abuses today, they are the precursors of the conversations amplified by BDS, as they gave us the theoretical framework to speak of settler-colonialism and the politics of dispossession.

It is therefore quite interesting to see liberal Zionists now proposing Said as a model for “collaboration,” that elusive coming together of members of the oppressor and oppressed classes, as if politics didn’t matter, are rendered utterly inconsequential once individuals from different backgrounds break bread to dip into hummus together. As if hummus itself were not yet another indigenous item the settler-colonials seek to appropriate. And the West-Eastern Divan Orchestra is most often cited as a model of “cross-cultural” association that defies the present call for cultural boycott, in a complete dismissal of the fact that the call for boycott did not come out until two years after Said’s death. On the other hand, that collaboration is problematized as “normalizing” by the Palestinian Campaign for the Academic and Cultural Boycott of Israel (PACBI), even though, again, it was formed six years before the call for a cultural boycott was issued.

The recent exchange between anti-Zionist Lebanese-Australian anthropologist Ghassan Hage, and Nir Avieli, chair of the Israeli Anthropological Association, is a clear example of liberal Zionists’ attachment to the idea of “dialogue” even under ever-worsening conditions for the Palestinians, and Said is cited as the prime example of a Palestinian intellectual who would have agreed to such a dialogue. When Hage declined the invitation to keynote the annual meeting of the Israeli Anthropology Association, Nir Avieli, who had invited him, wrote back: “Colleagues I consulted in Israel and abroad told me that inviting a Palestinian and/or Middle Eastern anthropologist as a keynote for the Israeli Anthropological Association (IAA) annual meeting would be futile if not foolish: ‘no self-respecting Palestinian or Arab intellectual would accept such invitation’, they said. ‘Yes’, they added, ‘Edward Said came.’

“But that was Said and the visit took place in a very different time,” Avieli correctly points out. Indeed, Said had agreed to address the Israeli Anthropological once, in 1999. Meaning, again, before the call for BDS was issued.

The effacing of Said’s utter rejection of concessions to the ruling power, a rejection that made him resign from his position in the PLO after the Oslo Accords, is not different from the revisionist rewriting of Martin Luther King Jr, whose defiant stance has been sanitized, and whose greatest insights on militarism and racism have been pushed under the rug when BlackLivesMatter activists are told today that Martin Luther King Jr would not “disrupt” traffic, would not “disrupt” business as usual, even when there is ample and easily available documentation of the fact that he did exactly that, over and over again, by leading marches, protests, and boycotts.

Today’s BDS activists may not look or sound like Said, just as today’s #BLM activists do not look or sound like Martin Luther King, Jr., but ultimately, Said, the “cosmopolitan” son of Palestinian Jerusalem, is our hero, our inspiration, our role model, as defiantly Palestinian as the black and white kuffiyeh he occasionally donned in his later years. When we speak truth to power, when we reject racism, when we shatter the Zionist narrative through our “disruptive” actions, when we ask artists not to perform in apartheid Israel, we, not the liberal Zionists, are the ones continuing his legacy. We are the ones who carry his torch forward, as we will not let his courage, his clarity, his integrity, become sanitized as it fades into past history.

I do not presume to speak for Said, his own words should be sufficient. And as we read Said’s words, we cannot but acknowledge that, in the final analysis, and a full decade before the call for BDS was issued, Said had unequivocally advocated sanctions against Israel, denouncing its exceptionalism, and comparing it to apartheid South Africa:

“The question to be asked,” he wrote in The Politics of Dispossession, “is how long can the history of anti-Semitism and the Holocaust be used as a fence to exempt Israel from arguments and sanctions against it for its behavior towards the Palestinians, arguments and sanctions that were used against other repressive governments, such as South Africa? How long are we going to deny that the cries of the people of Gaza… are directly connected to the policies of the Israeli government and not to the cries of the victims of Nazism?”

Of all the “other repressive governments” that Said could mention, he named one as exemplar: apartheid-era South Africa. The Politics of Dispossession came out in 1994, the year apartheid was officially abolished in South Africa, and Said immediately traveled there to see how the struggle had been fought, and won. Said asked that Israel be subject to “arguments and sanctions … such as the sanctions that were used against South Africa.” Would someone genuinely interpret that today as “art rising above politics,” rather than Boycott, Divestment, and Sanctions?