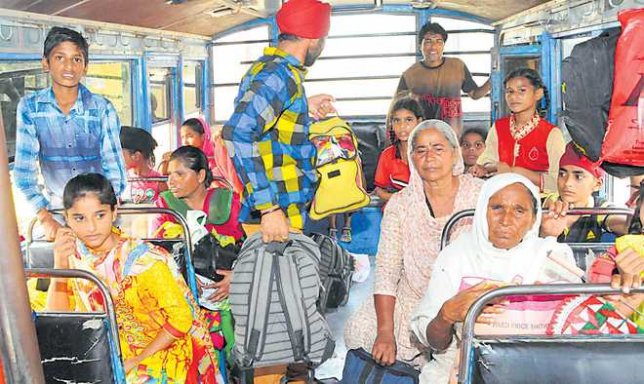 Let Us Not Lose Sight of Cost of Escalation

Reducing India-Pak tensions is a historic necessity. Regions far from the borders can afford to play warmongering games, but the border regions would be devastated in both countries if war breaks out.

There is a palpable danger of India-Pakistan conflict escalating after the Indian Army’s recent operation against ‘terror’ sites across the border. India and Pakistan have previously fought four wars and each of those wars has led to loss of lives and destruction of nature on both sides. These mutually destructive wars have also hindered the initiatives at reducing poverty and ill health in both the countries.

A very basic lesson in economics teaches us that resources are always scarce and overuse of resources in one sphere is always at the cost of resources in another sphere. A development economist once did a global survey of solider-teacher ratio in different countries and found that countries with higher soldier-teacher ratio have lower human development than those with lower soldier- teacher ratio. A very simple conclusion is that societies which have more resources devoted to teaching than those devoted to building armies are higher in human well-being index.

The most impressive example is of Costa Rica, a Latin American country which decided in 1948 to have no army at all because it decided that it will never attack another country and believed that since none of its neighbours will feel threatened by it, it does not have any fear of being attacked by any of them. The country maintains only a police force for internal security measures. A calculation done a few years ago showed that although Costa Rica ranked 68th in the world in terms of per capita Gross Domestic Product, it ranked Number 1 in the “Happy Planet Index” and also Number 1 in the World Database of Happiness. In 1987, Costa Rican President Oscar Aria in an address to the US Congress outlined the remarkable vision of his country when he said:

“I belong to a small country that was not afraid to abolish its army in order to increase its strength. In my homeland you will not find a single tank, a single artillery piece, a single warship or a single military helicopter.... Today we threaten no one, neither our own people nor our neighbours. Such threats are absent not because we lack tanks but because there are few of us who are hungry, illiterate or unemployed.” This bold vision was one reason that he was awarded, very deservingly, the Nobel Peace Prize that year. The peace dividend that Costa Rica earned also led to the country being selected for the headquarters for the Inter-American Court of Human Rights and also the United Nations’ University of Peace. Not every country has the fortune, either because of its geo-political location or due to the quality of its leadership to take the path Costa Rica took, but every country has a choice between deescalating or escalating conflict with its neighbours.

In the case of India-Pakistan relations, there have been ups and downs due mainly to the quality of political leadership in both countries. Undoubtedly, the Kashmir issue is the most intractable in the relations between the two countries. It is an internal conflict within India and any Pakistan interference is because the Indian political leadership has not shown the boldness of vision that is required to solve this issue. An external power can, if it wants to, intervene in an internal conflict of another country but it cannot create that conflict. Why is it that Pakistan cannot intervene in Haryana or Madhya Pradesh or any other Hindi-speaking state? The answer is that none of these states has any fundamental conflict with the Indian Union. Even in Punjab, there was some Pakistan interference only after there was internal disaffection in the state after the 1984 Operation Bluestar action at the Golden Temple. Similarly, India was able to intervene in 1971 in what was East Bengal then because that region had conflict with the Punjabi-Urdu dominated establishment in Pakistan. Or for that matter, India now intervenes in some form or another in Baluchistan because that region has a conflict with the central Pakistani state but India is unable to intervene in any way in Pakistani Punjab because that region has full identification with the central Pakistani state.

India’s problem in Kashmir or Pakistan’s problem in Baluchistan is not unique. In fact, the major forms of armed conflict in today’s world are not between countries but within countries. There has not been a major war for quite some time between countries but the world is ravaged today by internal conflicts. Syria, Iraq, Afghanistan, Sudan, Somalia, Ukraine, Israel/Palestine, Chechnya in Russia and the Uyghur Autonomous Region in China are the major known trouble spots of internal conflicts. The late Edward Said had once made a remarkable observation that the twentieth century was a century of the birth of nations. He referred both to the process of decolonisation that gave birth to many nation states such as India and Pakistan, but also to the struggles of smaller nationalities within large nation states to shape their own destinies. That process is continuing in the twenty-first century.

Countries with developed democratic cultures and institutions have found democratic ways of dealing with internal nationality aspirations, such as Scotland in the UK and Quebec in Canada, but developing countries lacking such structures have become arenas of armed conflicts. A major study done by Prof Frances Stewart and her colleagues at Oxford has found that countries with poverty are more prone to violent conflicts, and the violent conflicts, in turn, further lead to more poverty by destroying infrastructure and through distorted resource allocation.

In the long run, path to peace does lie in India resolving its internal conflict in Kashmir but waiting for that long run does not mean that steps cannot be taken in the interim to deescalate conflict. It is important to recognise that there are uneven regional implications of conflict. Regions far away from the borders can afford to play warmongering games because their stakes are next to nothing but the border regions would be devastated in both countries if tensions continue and war breaks out. The political and community leaders in the border regions, irrespective of their party affiliations, have a moral duty at this historical juncture to raise their voice against those who are itching for escalating conflict.

The writer is a Professor of Economics at Oxford Brookes University, UK.