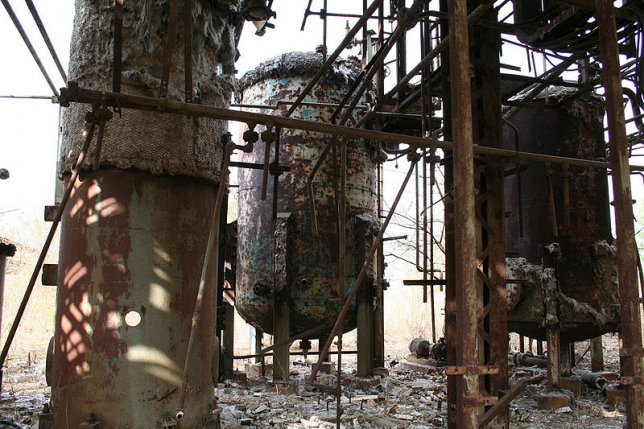 On the 3rd of December 1984, 40 tonnes of toxic gases escaped from the Union Carbide pesticide plant in Bhopal, India. The result was catastrophic. 3,000 people— men, women, and children— were dead within the hour; after 72 hours the death toll had tripled. Over 22,000 have died to date from gas-related afflictions, and permanent injuries run into the hundreds of thousands.

The local ecosystem is likewise suffering; water and soil are laden with toxins that are hundreds of times more prevalent than can be safely absorbed by humans and local wildlife. The Bhopal Gas Disaster highlights the environmental and human costs of laissez-faire industry, while serving as yet another example of the debt that the North is quickly racking up in the South— ecological debt.

Today’s environmental destruction of the South is an extension of a legacy of ecological plunder dating back to colonization. Spices, plants, animals and germplasm, land, gold and other minerals, oil and other fossil fuels; the wealth of the West is built on the bedrock of their plunder.

The 500 hundred-year rise of Europe culminated with domination over the globe— its resources as much as its peoples. The words of Cecil Rhodes, an influential force in the British expansion in 19th century Africa, crystallises this relationship succinctly:

“We must find new lands from which we can easily obtain raw materials and at the same time exploit cheap slave labour that is available from the natives of the colonies. The colonies would also provide a dumping ground for the surplus goods produced in our factories.”

In the world market that was created by Europe, a large surplus of natural resources and cheap or forced labour was extracted from the subordinate colonial economies. Although some development did take place in the colonies, their economies were almost entirely geared to the needs of the home economies.

In his prologue to ‘Ecological Imperialiasm’ the Biological Expansion of Europe, 900 –1900, Alfred W. Crosby asks “Perhaps European humans have triumphed because of their superiority in arms, organisation and fanaticism, but what in heaven’s name is the reason that the Sun never sets on the empire of the dandelion?” He also provides an answer, “Perhaps the success of European imperialism has a biological, an ecological component".

The ecological debt of the North to the South is not just historical, but continues to be accumulated even today. A persuasive definition of ecological debt is that of the Accion Ecologica of Ecuador, according to which:

The Debt accumulated by the Northern industrial countries towards the Third World countries on account of resource plundering, environmental damages, and the free occupation of environmental space to deposit wastes, such as greenhouse gases. Those who abuse the biosphere, transgress ecological limits and enforce unsustainable patterns of resource extraction of a range of natural resources must begin to discharge this ecological debt. The ecological debt accumulated through such processes as the extraction of a range of natural resources, ecologically unequal terms of trade externalising ecological costs, the appropriation of traditional knowledge, for example, of seeds and plants, on which the modern agri-business and biotechnology are based, contamination of the atmosphere through the emission of various greenhouse gases, producing and testing chemical and nuclear weapons in countries of the South, and the dumping of chemicals and toxic waste in the Third World. The current system of neo-liberal globalised market economy maintains and augments the ecological debt through such mechanisms as the SAPs imposed by the international financial institutions, foreign investments, unequal terms of trade, forcing countries to produce export products in order to redress financial debts; and through the trade-related Intellectual Property Rights within the WTO which protect the patenting of genetic material for agriculture and pharmacology by TNCs without compensation for the original guardians of the biodiversity of the South’.

In recent years, with the threat of climate change looming large over the entire planet, the concept of ecological debt is increasingly appreciated. As industrialized countries continue to squat on the development space of less-developed countries, academic research is beginning to show its true cost. A calculation sponsored by the British Government, for example, revealed that at a bargain price of US$20 per ton of carbon dioxide emitted, the developed countries owe the poor countries US$13 trillion each year. Contrast this with the total external financial debt of all the indebted poor and developing countries, which is just under US$3 trillion. And that is just the climate debt, which is only a component of the ecological debt.

Indeed a landmark 2008 University of California Berkeley study entitled “The debt of nations and the distribution of ecological impacts from human activities” conservatively estimated the environmental costs of human activities in low-, middle- and high-income countries from 1961- 2000 in six major categories: climate change, stratospheric ozone depletion, agricultural intensification and expansion, deforestation, overfishing, and mangrove conversion; it notes that, “through disproportionate emissions of greenhouse gases alone, the rich group may have imposed climate damages on the poor group greater than the latter’s current foreign debt.”

That the rest of the world is finally coming to terms with ecological debt and its terrible human consequences must be but scant consolation to the victims of the Bhopal Gas Disaster. However, as is the case with such tragedies, one must clutch at whatever silver lining can be found by hoping that the lessons will not be lost as easily as the lives and will be remembered for just as long.

Vinod Raina is the editor of The Dispossessed Victims of Development in Asia (Asian Regional Exchange for New Alternatives- ARENA, 1997). A physicist by profession, Vinod is also one of the pioneers of the People’s Science Movement in India, having helped set up the All-India People’s Science Network (AIPSN) and the Bharat Gyan Vigyan Samiti (BGVS).