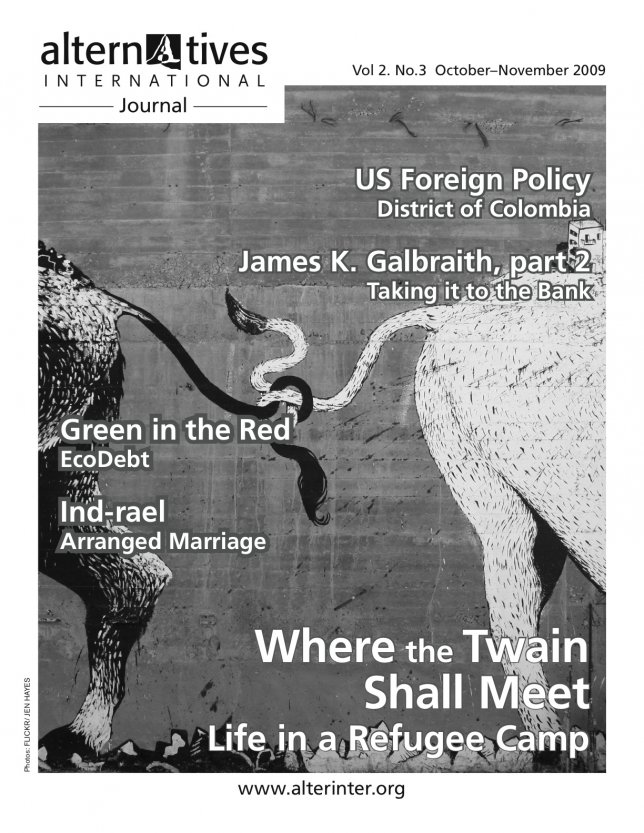 All countries signing the Kyoto Protocol have agreed, emissions of polluting gases in the atmosphere must be reduced. To facilitate this process and, thereby, achieve emission reduction targets, these same countries have developed a program for trading emissions. This way of addressing such an environmental problem has not been without strong discussions among major emitting countries: is it really an effective mechanism? How should it be applied? and to what degree? While some countries, such as the European Union have very quickly put it in place, others, like the United States and Canada for example, still fall behind. It must be said that there is indeed a debate about emissions trading. Should we continue in the same direction and further develop this environmental market mechanism? Despite some imperfections, it would seem so.

Emission trading, carbon market, cap and trade: these are all terms related to the same environmental mechanism. First developped in th this administrative approach is used to control pollution by providing economic incentives for achieving reductions in the emissions of pollutant such as greenhouse gases. The overall goal of an emissions trading market is to encourage companies or other groups to lower their gas emissions at a minimal cost. The transfer of allowances from companies who pollute more to those who pollute less will then create a trading system which guarantees, in theory, an overall diminution of emission. It is at the discretion of the companies to decide how or if they want to reduce the amount of their pollutant emissions. However, failure to meet the standards set by the local authority is often punishable by a fine or other government regulatory mechanisms that might increase the cost of their production.

Such a market mechanism has not been accepted at unanimity in the Kyoto negotiations, nor at the Copenhagen summit. In the left corner, the countries of social democratic tradition (France, Scandinavia, Germany and others) valorize state intervention and the establishment of more stringent measures, like a carbon tax, or the imposition of targets to increase energy efficiency or us of environmental cars. In the right corner, countries advocating economic liberalism (the United States, Great Britain, Australia and Canada) promote this system of emissions exchange suggesting that to acquire economic growth and stability free markets and must operate with minimal interference from the State. However, many critics see this system as a takeover by the government of the free-market.

The system is also vunerable to a type of tax fraud called carousel fraud. This occurs when a trader of carbon credits participating in the European Emission Trading Scheme (ETS) buys carbon credits in a country free of value added taxes. After acquiring the credits the trader then turns around and sells them in a country that has a large value added tax policy and fails to report the transaction to the government, walking away with the profits from unclaimed taxes. With the values added taxes on carbon credits as high at 25% in some European countries, this carousel fraud has become a very attractive way for criminals to make some quick cash. Britain has claimed to lose billions of pounds on this type of fraud.

Some critics suggest that the implementation of a tax instead of a cap would be more economical. The advantages of the cap are that it ensures that the amount of emissions over a set period will not exceed the cap provided. This system does not provide enough an incentive to organizations to continue lowering their emissions after they have surpassed their reduction targets. If the system was a tax system instead, companies would continue to lower their emissions as long as the tax benefits are higher than the cost to reduce the emissions. A study led by the Congressional budget office of United Sates suggest that the positive results of a tax system oppose to a cap system would be 8x larger under a tax system.

A concern when one considers the carbon market is the essential contradiction that it entails. Indeed, as clearly stated economist Nicholas Stern in The economics of climate change (2007), climate change is the result of one of the greatest failure of market mechanisms of all time. What Stern refers here is the previous inability of market to take into account the cost of pollution in general and air pollution in particular, to fix prices in the market. It seems that the market mechanism has its limits, and the carbon market could well be included in one of those limits. When implementing market principles to correct emission problems, states have to be concern about giving organizations too much control over how they strategically reduce their emissions. Big corporations created the problems of increasing CO2s into the atmosphere and in a perfect world it would be wonderful if they were given the tools to fix them. Unfortunately giving them a liberal market trading system will not fix problems that the liberal market, consisting of operation without state interference, created over generations. Corporations, which are owned by shareholders, operate with shareholder interest in mind which is to return a maximum profit on investment. Provided them with another form of capital in carbon emission credits creates the opportunity for increased corrupt market intervention. To fix problems caused by the liberal marketplace

The major unresolved question in this debate is: should we let the market regulate itself and solve such environmental problems or should the state intervene? By letting the market operate by itself, we have seen that it can cause some inconveniences such as creating a fertile ground for fraud and a disparity between the total gains made by rich and poor countries. On the other hand, some say that the imposition of a tax would be a more efficient system, less subject to the numerous pitfalls of capitalism when treating environmental issues.

It seems that the framers of the agreement on global emissions should pursue the emission trading mechanism but it definitely needs modifications to achieve optimal results. The idea of implementing market mechanism to provide financial initiatives to organizations that are financial minded is a great strategy. However, in doing so, the state has to ensure that these liberties provided to organizations are not misused. The state should be closely monitoring the cap and trade program and perhaps integrate increased intervention such as a tax instead of a cap.

Even if this system is not perfect, the negotiations surrounding this mechanism are bearer of great hope for environmental issues. It seems that governments are now more aware of the impact of their industries and consumption rhythm and will try to adopt more environmental policies.