Life in a Refugee Camp

Hope for the Hopeless

Life is never easy growing up in a refugee camp. It is a life of poverty, limited access to education, lack of access to sporting or recreational facilities and few opportunities. Hopelessness and despair abound. This is a reality that hundreds of thousands of Palestinians have known as their childhood for the past 60 years.

Of these refugees, 486 479 live scattered among 19 refugee camps across the West Bank with 45 392 living in Nablus’ four main refugee camps. In addition, the Old City of Nablus houses many poor families of refugee origin while not far north of the city lays the Al Far’a Refugee Camp. In total, there are 762 820 refugees living in the West Bank. From 1950 to 2008 the number of registered Palestinian refugees has grown overall from 914 221 to 4 618 141.

These camps suffer from suffocating high population densities. For example, the 22 855 of Balata refugee camp live on less than 2 square kilometers of land. Their populations are young, with 60% less than 19 years old. Families live in square, concrete houses with just a few rooms; homes ill-equipped to deal with the extreme heat of the summer and cold of the winter. Water is limited and often unclean, plumbing very basic and sewage systems inadequate.

These refugees were plunged into even greater poverty after being cut-off from the Israeli labor market at the beginning of the Second Intifada. The camps are so crowded that the typical street is barely wider than a grown man’s shoulders. Only a couple streets are wide enough to accommodate a vehicle. The camps are becoming ever more crowded, with growing populations and limited opportunities for these refugees to make a life elsewhere. Most houses are designed to facilitate continued expansion upwards. They have unfinished flat roofs. At each corner juts out a square concrete pillar with rebar poking out at the center, with the expectation that a new floor will be added in the future.

At street level sunlight is limited; facilities for children more so. Extracurricular activities and play spaces are much needed, but so difficult to deliver. And even if these families had the money to send their children away from the camps for activities, during the Second Intifada there was always the fear that the children may run into the Israeli military when it invaded the city or camps.

With crowded classes and little to do when school is not in session, the limited street space becomes a “play” area for many boys. The situation is worse for girls, who often remain confined to their cramped houses due to traditional social restrictions that are becoming tighter by the year. Many girls develop weak muscles and poor balance because of a lack of physical activity.

The United Nations Relief and Works Agency (UNRWA) provides many services to these refugee camps. This includes public education up to the ninth grade, after which refugee children enter the Palestinian school system outside the camps. With a limited budget, rapidly growing populations and no solution in sight for the refugees, the UNRWA system is an overburdened school system. UNRWA classes are very overcrowded, with an average of 50 pupils per class.

To make matters worse, the refugee camps have played host to the worst and most constant fighting of the Second Intifada. Many youth turned to the armed militias, seeing them as a means of self-empowerment in their violent environment. The children are universally traumatized. Many suffer sleep deprivation because they are afraid to sleep for fear of a military raid during the night.

As a result, problems with classroom behavior are a serious issue, preventing effective education in their crowded classrooms. Many children fall asleep in class after failing to sleep at night. Others disrupt the class, often because they suffer from traumatic stress disorders. Violence at school is endemic and rising every year: student against student, student against teacher, and teacher against student. A lack of qualified teachers has forced UNRWA to place female teachers in boys’ schools, presenting a whole set of other problems in maintaining classroom discipline in a sexually segregated society.

Failure rates are high in the UNRWA schools, particularly in Arabic (40%), Mathematics and English (50 - 60%). It is not uncommon for children to drop out of school at the age of 13 or 14, particularly boys, while enrollment rates have dropped from 96.8% in 2000 to 91.2% in 2007. In the north of the West Bank, conditions are worst in the Balata, Askar, Jenin and Tulkarem refugee camps. Decline in academic achievement has been significant. Currently the majority of boys from Balata camp fail their Tawjihi (high school) exams.

UNRWA has difficulties maintaining just the basic classes and has no or limited resources for developmental activities, such as art, music and sport. While many organizations provide training for UNRWA staff, which is of course valuable, UNRWA lacks teachers and resources. Increasingly UNRWA is turning to external NGOs to try to fill the education gap. This is where Project Hope steps in. 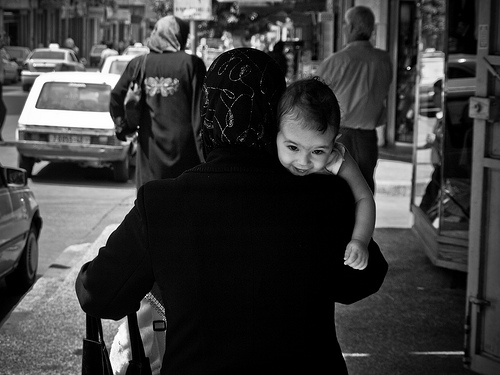 From its inception, much of Project Hope’s work has been focused on Palestinian refugees. Project Hope is a uniquely mixed Canadian and Palestinian non-governmental organization (NGO) whose mandate is to improve the lives of Palestinian children and youth. It has been operational since 2003. It focuses its assistance on the areas most neglected by aid assistance, not coincidentally those areas which are also the most ill affected by the conflict. Project Hope is based out of the city of Nablus and is most active in the northern West Bank. It provides educational and recreational activities to children and youth through partner community centers and schools by a combination of Palestinian staff overseeing Palestinian and International volunteer instructors.

By partnering with UNRWA schools, Project Hope provides the developmental activities as well as extra teachers to carry them out, which is extra valuable because UNRWA is short on teachers. In particular demand in the UNRWA partnership are classes in English as a Second Language, Photography and Art.

Project Hope also works with a variety of other organizations in the Palestinian civil society. Volunteering with Project Hope can help increase the capacity of these partnerships, such as with UNRWA, to reach more children with activities that are not only intrinsic to childhood development but that also help them to deal psychologically with the conditions they are growing up in. An increase in the number of volunteer instructors will also allow Project Hope to work in more locations outside of Nablus, with the immediate goal of supporting partners in the Jenin and Tulkarem districts.

Ultimately the best solution is to end the occupation and to improve the conditions that Palestinians are living under, helping them to develop once again self-sustaining societies that do not need foreign aid and intervention, which is in the interest of all parties involved in the Middle East. However, for now, we need to keep doing our best to alleviate the suffering and improve the conditions of the future generation of Palestinians.

Jeremy Wildeman is the co-founder of Project Hope and its executive director. For more information about Project Hope, go to www.projecthope.ps.