Home > English > Alternatives International Journal > 2015 > November 2015 > The Best Offence is to (De)Fence! The Syrian Refugee Crisis and the Turkish (...) 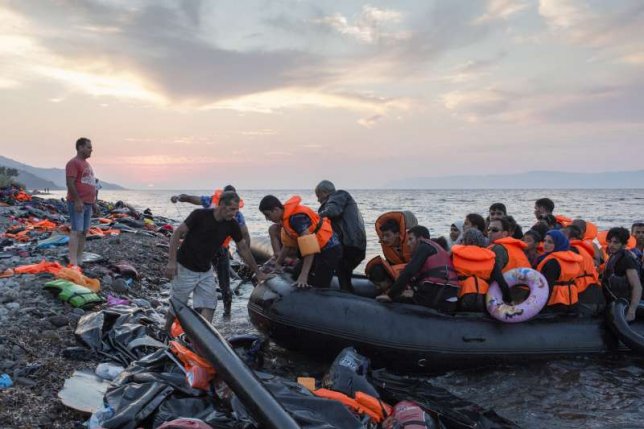 The Best Offence is to (De)Fence! The Syrian Refugee Crisis and the Turkish Elections

The November 1 election results in Turkey mark a transformation in the political negotiations concerning the Syrian refugee crisis. While politicians, activists, and media outlets have attempted to colour the crisis with apolitical, humanitarian discourse by circulating devastating images and refugees’ personal narratives, the re-installment of Recep Tayyip Erdoğan and his Justice and Development Party (AKP) reveals the character of the geopolitical alliances that underpin the fractured response to the crisis.

After a general election in June this year, Erdoğan and the AKP were stripped of their majority, theretofore maintained for thirteen years. The relative success of the Kurdish Peoples’ Democratic Party (HDP), which endorses transparency, peace, grassroots involvement, and democratization, was momentous. The HDP effectively thwarted Erdoğan’s goal of winning the supermajority required to change the constitution without involving the electorate, which would have facilitated Erdoğan’s transfiguring of the Turkish political system from a parliamentary government to one ruled by an executive leader. Although the AKP did not win the supermajority required for such an authoritarian constitutional amendment, the November 1 election, which resulted in an AKP majority to the tune of a 59 seat increase in representation, is a stark reversal of the HDP’s democratic strides. A mere five months after the June elections, optimism and hope withers.

What does this mean for the refugee crisis?

Turkey currently hosts around 2.5 million refugees, most are Syrian. The cost borne by the Turkish state since the beginning of the conflict in 2011 is estimated between $7.5 to $8 billion. While Ankara accuses Brussels of failing to help Turkey mitigate the crisis, Brussels has begun to look to Ankara to stem the influx of refugees into the EU.

As Eastern European countries continue to shut borders, tensions intensify within the European Union with regard to quota systems, documentation, and accommodation. EU members point fingers; accusations of failure to accept responsibility fly across board rooms. After the closure of the Hungarian-Croatian border, migrants turned towards Slovenia. In response, Prime Minister Miro Cerar stated that Slovenia would resort to using “technical obstacles”, including a potential border fence, to control the influx of migrants. Angela Merkel expressed strong disapproval of these measures, warning they would result in a violent “backlash”. While Merkel has indeed led the EU in terms of an active response to the crisis, her current gambit (read: last resort) involves using the migrant crisis as a bargaining chip to strike a deal with Turkey.

During the three weeks leading up to the Turkish elections, a flurry of diplomatic meetings and discussions took place between Turkey and Europe; Erdoğan travelled to Brussels on October 4th, Merkel visited Istanbul on October 18th. The European Commission censored and delayed the release of a critical report about Erdoğan’s despotic tendencies during the buildup to the November election. According to a Guardian article from November 2nd, “Jean-Claude Juncker, the commission president, brushed aside concerns about human rights abuses and media crackdowns.” Merkel and Erdoğan discussed an increase in bilateral visits after the elections. Merkel declared, “I firmly believe that the refugee influx can only be diminished by the collective action of the EU, Greece and Turkey."

It appears Merkel has taken to heart the adage “the best offence is a good defence”. In cultivating a relationship with Erdoğan, Merkel intends to stem the influx of refugees into the EU by providing financial support for Turkey and thus containing the crisis closer to its source.

The mechanics of this deal are still in flux. Merkel desires a deal whereby Turkey transfers a number of screened, approved migrants to the EU. Germany would then redistribute these migrants according to a quota system, the agreement upon and approval of which remains a contentious issue in the EU. Turkey, then, would effectively cap the numbers of refugees entering Europe and block any ‘irregular’ migrants.

In return, the EU will pay Turkey billions. And grant around 75 million visa waivers for Turkish visitors to the EU. And, most importantly, resume negotiations with Turkey regarding EU membership, stalled since 2005. In essence, the EU is offering to pay Turkey billions for Erdoğan to serve as the EU’s dictatorial prison guard. With Turkey mediating the refugee flow, Europe can avoid accusations of xenophobia and irresponsibility. Erdoğan, post-victory, is calling the financial shots. What remains to be seen, however, is whether Merkel, traditionally a hardliner on the Turkish EU membership question, will hold her promises of re-evaluation.

Merkel rejoiced the Turkish election results. An AKP majority with Erdoğan at the frontlines will bring, the EU hopes, a solution to the refugee crisis. Merkel is tired of her rallying, responsible leadership role. A quota system might seem more feasible, more benign, to EU member countries, with Turkish guards the European gates. Merkel might disapprove of European fences, but is desperately in the market for a Turkish one.