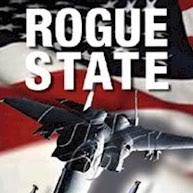 President Barack Obama is being criticized on all sides for whatever he does these days in the Middle East. And well he might, since there is probably nothing he can do to become the deciding and decisive actor in the whirling geopolitics of the Middle East he would like to be. It isn’t that all his decisions are bad ones. Many are, but there are some that seem sensible. The fact is that virtually no state in the region or having interests in the region is really on his side. They all have their grievances and priorities and are willing to pursue them even if the United States presses them not to do so.

There are four arenas that might be called the hot spots of the region, or perhaps one should say the hottest spots: Iran, Syria, Afghanistan, and Israel/Palestine. Obama’s critics say that he does not have a "coherent" policy in any of these regions. And this criticism is not without merit.

The relatively clearest policy is that concerning Iran. The United States has been pursuing a major effort to obtain an agreement with Iran that essentially offers a deal: no nuclear arms in Iran in return for lifting of the economic sanctions. Such an accord has in fact been signed. And the legislatures in both countries have taken the first step towards ratification. Future historians may list this as Obama’s greatest foreign policy achievement (along with the resumption of diplomatic relations with Cuba). This is Obama as peacemaker.

The situation in Afghanistan is less clear. The Taliban seem to be steadily gathering further strength and controlling further regions, at least at night. The United States sent troops into Afghanistan to oust the Taliban and keep them out. Presumably, the Afghan government wants to defeat the Taliban as well.

The policy of the United States is not coherent because it is trying to pursue a set of objectives that interfere with each other. The United States wishes to reinforce a stable government, and therefore is committed to supporting the present Afghan government. To do this, the U.S. military is insisting that more U.S. troops are needed. But Obama has promised to reduce U.S. forces to a small group of non-combatant trainers by the end of the Obama presidency. It is not possible to do this and still ensure the survival of a so-called stable Afghan government, especially since the stability of the government hinges on an unresolved and festering struggle with its non-Taliban opponents.

If we turn to Syria, "coherent" is the last adjective one can apply to U.S. policy. On the one hand, it has sought to form an international "coalition" of countries committed to defeating the still expanding Islamic State (IS, also Daesh or ISIL). The United States also is committed in theory to the destitution of Bashar al-Assad. What the United States does not wish to do is to commit troops to still another Middle Eastern civil war zone. Instead, the United States offers to fight IS with drones that will bomb IS units, without even having any troops on the ground that could guide the drones. The consequence, inevitably, is "collateral damage" that intensifies anti-American feelings in Syria.

Meanwhile, Russia has made it clear that it is committed to keeping Assad in power, at least until there is a "political" resolution of Assad with the so-called moderate opposition. The opposition is itself a complicated group. The United States has poured a lot of money and energy into training a select group of the opposition. The U.S. military has just admitted that this effort has been a total failure. The groups to which they have given support have largely disintegrated. They have not only fled the battlegrounds but actually turned over material to al-Nusra, a group that is affiliated with al-Qaeda and presumably not one that the United States wishes to support.

Nobody is really following a U.S. lead. Turkey, most reluctantly, has agreed to U.S. overflights of their airplanes and drones but has refused to encourage support for the Kurdish troops that are really combating the IS. Saudi Arabia also doesn’t have a coherent policy. They are at odds with al-Qaeda forces but are also giving them some financial and diplomatic support as part of their attempt to counter Iranian influence throughout the Middle East. Great Britain and France say they support the United States but Great Britain will send only drones and France criticizes the United States for not pushing harder against Assad. Israel seems to be totally unclear as to what to do. Israel claims Iran as its biggest enemy, but in fact concentrates on keeping the Palestinians in check, which means one policy in the Gaza strip and another in Syria and Lebanon.

As for Israel/Palestine, there has been a crescendo of violence and of rhetoric on both sides. Many commentators say that this is the third Intifada, some asserting that it started a year ago. Whatever the label, it is obvious that Israel is slowly but surely losing the diplomatic battle in western Europe and even in the United States. While Netanyahu would like to repair frayed relations with Obama, he has to be wary of being outflanked on his right. There is little that he will do to change Israeli policy. And there is little that Obama can make him do. However, the Israel/Palestine conflict remains the potential trigger of an explosion throughout the Middle East, one so severe that it would affect the operations of the entire world-economy, which is already in very fragile condition.

If anyone can see in this potpourri evidence that the United States is able to control the situation and dictate terms to anyone, they are seeing things I cannot see. Not only is the United States not a hegemonic power but it isn’t even the most powerful actor in this fragmented region. Its unwillingness to admit this reality to itself is a danger to the entire world.