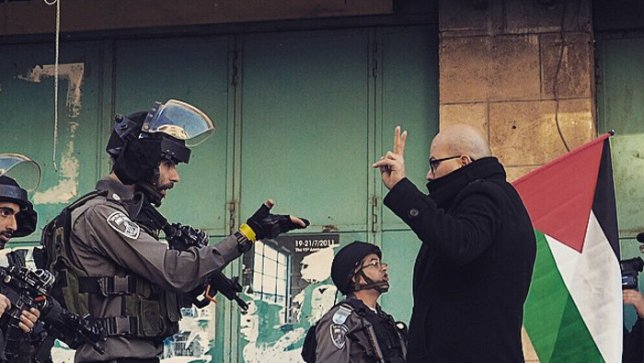 Clashes persisted across the 48’ territories, the West Bank and Gaza this week, leading to many injuries and one death.

In Nablus, hundreds of protesters demonstrated next to the Hawara passage. There, soldiers injured dozens of Palestinians with live-fire and rubber-coated bullets.

Clashes ensued for three days in a row in Tulkarem, a city north of West Bank. On Monday alone, around 10 Palestinians were wounded by live and rubber-coated bullets.

During clashes at the northern entrance of Bethlehem on Tuesday, October 13th, Mo’taz Zawahra, a 27 year old from Dehaisha Refugee Camp, was shot dead by Israeli forces. Clashes persisted in the area, leaving ten Palestinians injured. Bethlehem, al-Beit Sahour, al-Beit Jala cities and others villages initiated a general strike in response to the military’s violence.

Outside of the cities, clashes broke out in villages. Soldiers shot teargas, rubber-coated bullets, and live-fire at youth in Nabi Saleh, leaving ten wounded. Clashes also broke out on Wednesday in the Bait Awwa village; one protester remains in critical condition.

Various student groups held their own demonstrations against the occupation. Students at Bir Zeit and al-Quds Open Universities clashed with soldiers at the north entrance to Ramallah and the Atara checkpoint, while students at Al Aajah University organized marches to the Hawarah passage. Students of Khadori Agricultural Institute also demonstrated and clashed with Israeli soldiers on Sunday after soldiers raided a university building.

Finally, in the al-Braij area of the Gaza Strip, 13 Palestinians were wounded by live-fire this week. Youth in the area have been organizing daily demonstrations at the border between Gaza and the ’48 territories.

However, in addition to combating the military violence the occupation demands, Palestinians also contended with the violence of right-wing, nationalist Israeli civilians. This week, settler attacks increased in Hebron; settlers stoned Palestinian homes in Wadi al-Hussein, Jabal Johar, Tal Romaida and on al-Shuhada Street. Witnesses told the AIC that when the attacks happened, soldiers often looked the other way or actively collaborated with settlers.

Multiple Israeli house demolition orders were issued this week. On Thursday, October 15th, Israeli Army officers gave four families in the district of Ramallah demolition houses orders. The houses to be demolished include: prisoner Abdallah Hamed’s two homes in Silwad, a village north east of Ramallah; the home of Moad Hamed, a prisoner of the Palestinian Authority; the house of recent martyr Muhannad Halabi in Sorda, a village north of Ramallah; and prisoner Abed Abu Shaheen’s home in Qalandia Refugee Camp. The demolitions will leave dozens of family members homeless, leading human rights groups to decry them as a means of illegal collective punishment.

As the growing number of dead and wounded Palestinians demonstrates, Israeli authorities are desperate to stifle Palestinian resistance to the occupation. Over the last week, 300 Palestinians were wounded by live-fire in different areas in West Bank, 15 critically. As of today, there are 32 Martyrs, some of whom were extrajudicially executed in the streets. Since the beginning of October, approximately one thousand Palestinians have been wounded and 500 have been arrested.

Various student councils’ and organizations’ also released statements calling on their peers to participate “strongly” in “the third intifada.”

Political parties and civil society organizations called on Palestinians to confront Israeli soldiers and resist the occupation’s deaths, injuries, and discriminatory policies in Jerusalem by instituting a Day of Rage on Friday, October 16th. This comes as a follow-up to the last Day of Rage, which was on October 13th.

Many hope that these campaigns, in combination with Palestinians’ enthusiastic protest of Israeli occupation on the ground, will lead to a resistance movement that can endure, grow, and erode, if not fully eradicate, Israeli occupation.