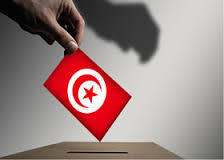 Setting Path to Next Elections: Hardships and Challenges

One point to be made at the outset: Tunisian citizens are not queuing up to register for the next elections. Out of the roughly four million new eligible voters to cast their vote for the next parliamentary and presidential elections scheduled this fall, only a small number have turned up to register. More than two weeks after the Independent High Electoral Commission (French acronym, ISIE), only some 170,000 people have already registered. (Maghreb Journal, 11-7-2014). Some political leaders have asked to extend the process of registration. Others have asked to postpone the elections due to take place next October and November.

In fact, if we leave “the conspiracy theory” accusing some parties of trying “to jeopardize both the proper outcome of the electoral process and the Tunisian transition” aside and try to get a better understanding of the complexity of the political and social situation, it is easy to guess the disconnect between the political elite, whose sole objective is to win the next elections and normal citizens, disappointed by a three-year wait to see their concerns and worries taken into consideration.

With the motto “I love Tunisia therefore I register” and the participation of 2500 register clerks and 275 traveling registration centers, the Independent High Electoral Commission has started an awareness raising campaign to register new electors. Nevertheless the turnout has remained low. And for good reasons, according to some political analysts. The transitional period has not been so easy. It has lingered an atmosphere of instability, fear, political violence and social unrest. The peaceful transitional process was on the brink of abyss. People believe that partisan politics was much involved in setting up that atmosphere.

Needless to say, the High Commission should be independent and its independence should be recognized by all players involved in the electoral process. The legal framework of its composition, its neutrality, the non-interference of political parties in its management are not only the key determinants of the transparency of the elections, but also decisive incentives for citizens to cast their vote.

However, no sooner did the Commission come into being within the National Constituent Assembly than it was met with skepticism and doubt. The selection of its members was considered to be the outcome of partisan politics and allegiance. And the same goes for Regional Election Commissions. The Regional Labor Union of Tataouine, south Tunisia, questioned the independence and accused them of allegiance to Ennahda. Also, the Tunisian Observatory for the Independence of Justice doubted the neutrality of some regional elections commissions and called for placing all the work of the High Elections Commissions under the control of the administrative court.

Similarly, some political parties have pointed accusing fingers at the High Independent Commission, which “hampers the smooth running of the registration process” “and acts in the interests of certain parties.” (Ach-Chourouq newspaper, 17-07- 2013).

Some names at the heads of some regional elections commissions, in and outside the country, are singled out because of their membership in certain political parties. This is beside the fact that many of the old partisan staff in embassies and consulates are retained. “A genuine threat weighs on the transparency and the fairness of the electoral process.” (Previous source)

The atmosphere of distrust is made worse by the very recantations of the High Commission itself. Thus, after defending, tooth and nail the neutrality of all his staff and the regional elections members, Mr. Chafiq Sarsar, President of the High Commission, was forced to admit the non-neutrality of the president of the regional elections commission in France 2, giving reason to those who had denounced his political affiliation to Ennahda, the Islamist party. (Eshaab weekly newspaper 10-07-2014)

We would just like to remind that the above mentioned newspaper declared being in possession of video records where the ousted president of the France 2 regional commission, Kamel Hnihina, was briefing his Ennahda party members on the appropriate attitude to adopt during the elections. (Previous source)

According to some observers, the slow registration procedure reflects a real sense of disaffection with politics. Mr. Kais Said, a leading constitutional professor and a distinguished political analyst, believes that-by not showing up to register- “Tunisians like to demonstrate their rejection of the policy pursued during the last three years,” adding that “the to-and- fro movement of MPs from one parliamentary group to another and the non-kept electoral promises are fatal political mistakes.”(Nawat,03-07-2014)

The High Commission for Independent Elections did try to smooth ruffled feathers. It organized a meeting with political parties, which noted “with concern, the slow advance process of the registration and asked to extend the deadline beyond 22 July”. According to the commission this would have a profound impact on the future schedule of its activities. (Maghreb, 11-07-2014)

The truth is, the lack of enthusiasm for the electoral process is not only due to the skepticism surrounding the elections commission , nor is it only related to its modest performance in and outside Tunisia. The lack of interest is directly related to the apathy towards public affairs. Having waited too long to see the benefits of the revolution, people start to lose confidence in a transition where they could not see the lights at the end of the tunnel.

Three years after the January 14, 2011, revolution, people’s daily life has not changed for the better. Quite the opposite: it has gone even worse. Unemployment has further increased, food prices have been steadily going up, poverty rate rose to about 25 percent of the total population and the eagerly-awaited investors are slow in coming. Also, the security of the country is constantly at risk: the painful funeral ceremonies of soldiers and security forces have become commonplace. In this context, employment and social issues remain the overriding concerns of Tunisians, according to surveys.( See Al-Quds-al- Arabi, 09-07-2014)

Add to this the fact that for many people the die has been cast and the outcome of the elections is almost known in advance. Surveys have repeatedly insisted that the competition is going to oppose two main parties: the Islamist Ennahda and its liberal rival, Nidaa Tounes, both of which, after winning the elections will, likely, share power. (See: International Crisis Group, June 2014)

It should be pointed out, however, that contrary to pessimistic prognoses, which predicted that terrorism is going to further slow down the registration process, an acceleration in the pace has been noticed since the last terrorist attack, reaching the average of 30,000 new registrants. A slight note of caution: the high discrepancy between big cities and less favored regions. While more and more people are registering in cities like Tunis, Sfax and Susa(coastal cities) ,the rate in Kairouan (center of Tunisia),for instance, is no more than 5.8 percent of the total new registrants.

In short, a range of factors could explain the slow progress of registration, which is going to undermine the necessary democratic alternation of political power: the increasing indifference and apathy of citizens won’t be but of benefit to powerful political parties; those which enjoy an important voting base, a large political audience and an efficient and effective logistical coordination. This is, of course, at the expense of other small parties that have modest means and resources.

Also, there is no serious mechanism for effective control over political money, which is of particular importance both in the “pre-election” and election campaigns. The Tunisian Association for the Integrity and Democracy of the Elections (French acronym, ATIDE) noted that the penalties related to the electoral campaigns’ infractions are rather ludicrous and have no deterrent effects.(Maghreb, 05-07-2014)

For its part, the observatory Chahed (witness, in Arabic) has repeatedly warned that the uncontrolled flow of money to certain political parties may ruin the “election fairness and transparency”. (Previous source)

We believe that while the forthcoming elections are decisive for the democratic transition, the immense hope they inspire is blurred with legitimate causes of concern. To take the safe leap forwards, all parties concerned must contribute: the High Commission for the elections should always observe neutrality and authority, the government should ensure the rule of law and political parties ought to demonstrate a sense of responsibility where ensuring the success of the transition process overrides the thirst for power; but these seem to be tough conditions to reconcile. At least for now.

Messaoud Romdhani, is with the Committee for the Respect of Freedom and Human Rights in Tunisia