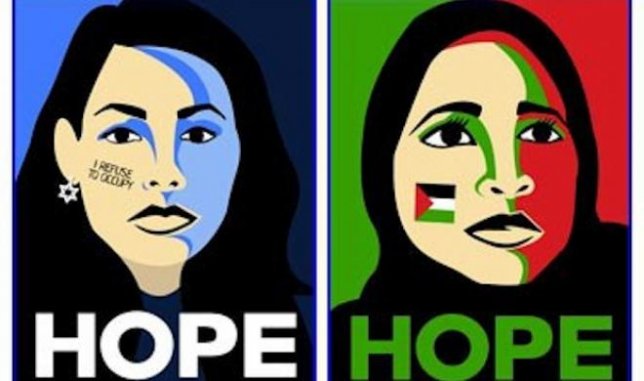 Back in 2007, the pages of Maxim magazine played host to a public relations effort to refurbish the image of the Israel Defense Forces, which had been tarnished by—among other nefarious affairs—the organized slaughter of civilians in Lebanon and Gaza the previous year.

Seven years later, the female body has acquired additional uses in the context of Israel’s war machine. A page titled “Standing With the IDF” recently debuted on Facebook with an appeal for women to submit photographs of themselves for morale-boosting purposes among Israeli troops. This resulted in expressions of love for the IDF being emblazoned across various breasts and buttocks.

To be sure, naked women will always be way hotter than piles of corpses.

Although reportedly discontinued the other day, the Facebook campaign has now been resurrected as “Standing with IDF,” accompanied by this eloquent entreaty:

“For all women who support IDF we need your help! Send us your photos and we’ll annonimously post it to the page , we received a lot of thank you notes from IDF soldiers that thanks us and appreciate this kind of support lets make the smile on them face never get down [sic].”

The page’s original launch was noted in The Times of Israel, which took advantage of the opportunity to deploy a hilarious double entendre in its headline: “Israeli women do Gaza strip for the IDF.” And if that doesn’t satisfy your funny bone, the piece is filed under the category “Dirty war.”

According to the article, Gavriel Beyo—the man behind the Facebook page—summarized its raison d’être as follows: “We have two bountiful resources in Israel that are impossible to compete with, Israeli minds and the most beautiful women in the world. We also have a military front so… why not combine the two?”

Clearly, the whole “mind” thing doesn’t apply to Beyo himself, and he’s quoted as inviting the IDF to “think of these pictures any time it gets hard (in any way…).”

Of course, it’s no secret that war makes people horny—although it’s not something people purporting to be civilized would usually flaunt. Other recent Israeli headlines, such as Haaretz’s “In Gaza, Israel sits uncomfortably between S&M and soft power,” raise the question of why the media doesn’t just announce that the IDF is fucking Gaza.

With regard to the racy Facebook campaign, one might have hoped for a more nuanced analysis from Salon assistant editor Jenny Kutner:

“There’s no doubt an argument to be made that those Standing With IDF are simply using nudity to celebrate freedom and those who protect it. The images could also imply that Israeli citizens will go about their lives even in the face of war, and that might mean getting topless for the camera. Regardless of the explanation, my hope is that there is one and that Standing With IDF has some deeper meaning I don’t see. Because a lot of people are dying, and that isn’t usually why people decide to show their boobs.”

Obviously, the purpose of the boob show is to sexualize—and thereby, perhaps, sanitize—the present unmitigated massacre that has already claimed well over 1,000 Palestinian lives. Another alleged explanation is presented in a Huffington Post article, which quotes the original Facebook page’s description: “Fighting for the Israeli front. You’ll guard on top, we’ll guard your bottoms! We will win this battle of beauty for you.”

When the beauty pageant ends, what’s next for Palestine?

Belén Fernandez is the author of The Imperial Messenger: Thomas Friedman at Work, published by Verso. She is a contributing editor at both Ricochet and Jacobin Magazine.